Promises, promises — your 85-year-old dad promised you the farm but it’s not happening 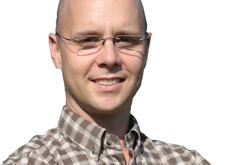 Is a promise to pass on the family farm a legally binding contract? Depending on the circumstances, the short answer is “yes.”

If mom or dad promises to pass on the family farm to her or his son or daughter in exchange for dedication and years of labour on the farm, it may be deemed a binding and enforceable contract. As a result, even if there is a later falling out between the parties, the contract can be enforced and the son or daughter may be entitled to take possession of the farm. This is true even if, for example, the farm is willed to another sibling or some other third party.

These situations are incredibly common and are described in Canadian court cases going back over 100 years. It is fascinating to read decisions from the 1800s that detail the same family farm-disputes that are common today. It seems that such disputes are as old as the industry itself.

When picturing these sorts of situations, one might be tempted to imagine a parent nearing retirement age, with the “kid” somewhere in his or her 30s. The reality is, however, that today it is just as common to have the “kid” at or past retirement age, and the parent in his or her 80s or 90s. In such cases, depending on the circumstances, the courts are understandably sympathetic to the interests of the “kid” in his 50s or 60s who has worked his entire life in order to realize his parents’ promise to receive the farm.

In addition, while these types of disputes might have involved a modest value of assets in the past, today these cases involve millions of dollars. It is not surprising that some siblings, who left the farm decades ago to pursue other career choices, may now look at a sibling who stayed on the farm with considerable envy. In the eyes of the law, however, the value of the assets make no difference. A person is entitled to the bargain that they strike, regardless of whether or not it turned out to be a good one.

Having said this, while the principles of contract law are relatively straightforward, individual cases never are. What happens when there is no physical proof of a deal when mom or dad passes on? Or what happens if mom’s or dad’s memory is diminishing, and she or he now deny that any promises were ever made? These become challenging circumstances for the affected son or daughter, since it is his or her onus to prove the contract in order to be entitled to the farm.

Furthermore, what happens if there were never any clear promises made? What happens if the son or daughter continued to work on the farm without any express promises, simply expecting that he or she will one day be rewarded for his or her efforts, only to be left with nothing when mom or dad sells or passes away? While he or she may not be entitled to receive the actual farm, the courts are again generally sympathetic and will award some sort of compensation for unpaid or insufficiently paid labour (by way of a legal principle called “constructive trust”).

There have been plenty of articles written about the financial benefits of drawing up and executing a properly considered farm succession plan. Such articles generally set out the benefits from both a financial and family-harmony perspective (of which there are many). In addition to these benefits, it should be noted that farm families can also avoid the complicated and often messy legal consequences that may result from the circumstances described above.