Ontario farmers head to western Canada to join the harvest 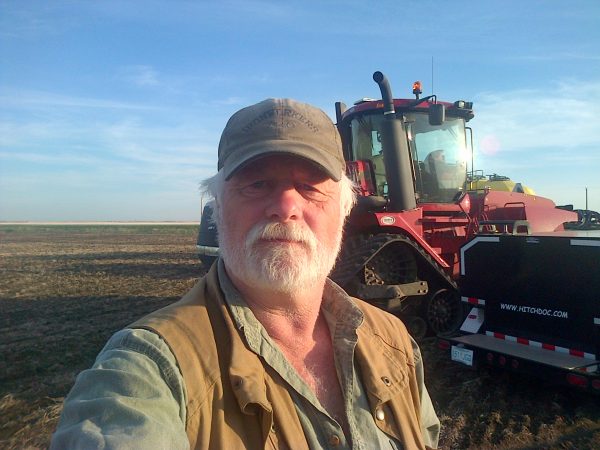 SASKATCHEWAN — There’s a story making the rounds in Saskatchewan that farmers are so desperate for help that when one lad’s new girlfriend wanted to learn to drive a tractor, he bought her a new combine so she could help with harvest.

For farmers who don’t have keener girlfriends, they rely on help from elsewhere. Some Eastern Ontario farmers are filling that gap, making the trek out west twice a year to help with planting and harvesting.

Duaine MacKinley, a Brockville Hereford beef farmer, said Prairie farmers are desperate for workers. Some will pay for flights, food and lodging, and have brought in help from Nova Scotia and Europe, including Scotland. Most farmers will pay $20 an hour, but some go as high as $30 or $40 an hour, MacKinley said.

“It’s a big deal,” said MacKinley. “The area I’m in, near Avonlee, the joke there is you can’t die in the fall because the local undertaker runs a combine for one of the farmers. The guys who appreciate their help pay them well, treat them well, so they keep coming back. In the scheme of things, if a guy’s got 10,000 acres, what’s a few thousand extra on labour when you’re running half-a-million dollar combines?”

At home, MacKinley rents most of his land to his neighbour, and installs fabric buildings as his main line of work. In 2013, things were slow and he knew someone in Saskatchewan looking for help during harvest. MacKinley has been going ever since.

MacKinley goes west for three weeks in the spring to help with planting, and six weeks in the fall to help with harvest. Saskatchewan farmers grow mostly canola, wheat, lentils and peas, so their harvest starts in August and lasts until the first week of November, he said.

According to the Agricultural Producers Association of Saskatchewan, the average crop farm out there is about 2,500 acres.

“Anything less than that is almost a hobby farm,” said MacKinley, who recalled the majesty of the land. “I can see the streetlights of Regina and I’m 32 miles south. One day, I stood in the combine, and I could see 200,000 acres from one spot. Unless you’ve been out there and done it, it doesn’t really register until you see it.”