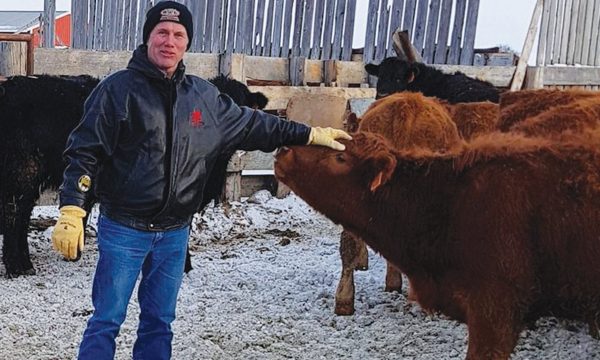 Fuelled largely by rising crop and livestock prices, Canadian farm cash receipts jumped 13.7 % to almost $82 billion in 2021, an increase of nearly $9.9 billion over the previous year, according to Statistics Canada.

Ontario farmers accounted for nearly $1.24 billion of this growth, equivalent to a 7.4 % revenue rise within the province to hit nearly $18 billion last year. Ontario crop receipts rose 4.8 % to almost $10 billion, while livestock and livestock products generated just over $7.5 billion, up 11.8 % over 2020.

Beef Farmer of Ontario president Jack Chaffe acknowledged that gross receipts are “likely up” in his sector and that “the average price per head is strong.” But, the Mitchell-area farmer noted that corresponding input costs — including ever-more expensive feed — “are very high and trending higher.”

Rising input costs are a major factor, Chaffe added, “no matter what commodity you’re in, whether it’s beef or grains.”
Grain Farmers of Ontario president and Essex crop farmer Brendan Byrne agreed. “Input costs have continued to rise and remain an issue to this day,” Byrne told Farmers Forum. While the StatCan revenue numbers didn’t come as a surprise to Byrne, given the “good prices and good yields” enjoyed by many GFO members last year, “it’s obviously something that only tells part of the story.”

Overall though, many Ontario producers enjoyed one of their best years ever last year, he conceded, after paying expenses.

“But you can’t paint it with too broad a brush,” he cautioned. Pockets of Ontario, especially the northwest, suffered from a drought in 2021. In his own area, wheat suffered from quality issues. “So it’s not as if every farmer captured maximum dollar on all crops in 2021.”

Alberta saw the largest increase in farm cash receipts (20.8 %) while Prince Edward Island had the poorest showing with a slight revenue decline of 0.7%.

Direct payments to farmers went up by nearly 72 % — concentrated in the western provinces because of the major drought last year.