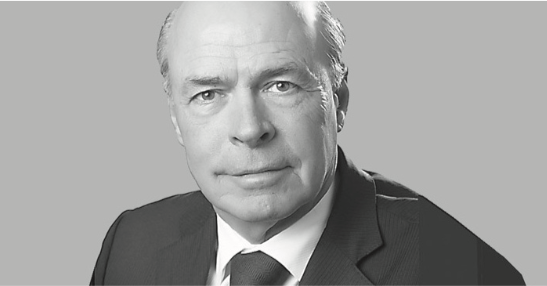 As they navigate a second growing season in the midst of a global pandemic, farmers will soon be left on their own by the Canadian government to shoulder escalating production costs stemming from federal COVID-19 quarantine rules for seasonal workers from overseas.

The financial hit will cause significant economic hardship for growers who depend on international workers on a seasonal basis because of a chronic shortage of domestic agricultural labour in Canada.

For some, it may be the last straw that makes them reconsider if it’s economically viable to continue producing the food we put on our tables.

Growers grappling with an array of increasing costs and economic impacts from the pandemic have been calling on the government to continue to honour its commitment to share a portion of the financial burden associated with quarantine rules for temporary foreign workers put in place by Ottawa last year.

To date, those calls have gone unanswered.

Under the Quarantine Act, Canada requires temporary foreign workers to adhere to a mandatory isolation period of 14 days upon arrival and provide evidence of a negative COVID-19 test before they are permitted to begin work.

During the quarantine period, employers are responsible for covering a number of associated costs, including suitable accommodation that meets strict public health protocols on their farms or in hotels, wages for workers in isolation, transportation and meals.

Research by the Ontario Fruit and Vegetable Growers’ Association indicates it costs farmers up to $1,750 per worker for a 14-day quarantine in accommodations on the farm and up to $3,125 to isolate at a hotel for the same time period.

In April 2020, the federal government announced it would provide farmers with up to $1,500 in relief for each temporary foreign worker who successfully completes the mandatory quarantine to help offset a portion of their associated costs. At the time, the government announced the program would be available as long as the Quarantine Act is in force and the isolation protocol is followed.

This spring, the government quietly changed direction on its commitment — months after most farmers had already made hiring arrangements for their international workers for the 2021 growing season. The Quarantine Act and isolation protocols remain in place, but Ottawa no longer wants to share in the cost of quarantining temporary foreign workers.

As of June 16, the previous reimbursement of up to $1,500 per worker in isolation will be cut in half to a maximum of up to $750. The support program is scheduled to be eliminated entirely as of August 31.

Even though the government’s quarantine support was never designed to cover every single scenario and every cost incurred by farmers, it has been critically important. It helps farmers partially absorb economic costs of federal rules — adding up to tens of thousands of dollars for many individual operators — which cannot be recovered through the marketplace.

Eliminating this support while federal quarantine protocols remain in place for temporary foreign workers will leave many agricultural employers in precarious financial positions.

I’ve heard directly from a number of growers who’ve said they’re reaching a state of emergency where they may have no other choice but to cease production altogether because they can’t afford to hire the seasonal labour they need to operate under these conditions.

In addition to those who have arrived this spring, thousands of seasonal agricultural workers from overseas are scheduled to work at Ontario farms this summer — after the federal government begins reducing its quarantine support program on June 16.

Farmers aren’t calling on the government to maintain this funding program indefinitely. We aren’t asking for increases to the reimbursement rates. We aren’t asking for quarantine protocols for seasonal workers from overseas to be lifted — we support public health measures to keep everyone safe from COVID-19.

We are simply asking the federal government to honour its word and do what it said it would do last spring — provide farmers with the promised support while the Quarantine Act remains in effect.

We’re asking the government to show it understands the importance of maintaining our food security.

Ken Forth is president of Foreign Agricultural Resource Management Services, the non-profit organization that administers the Seasonal Agricultural Workers Program, and owner/operator of a broccoli farm in Lynden, Ont.