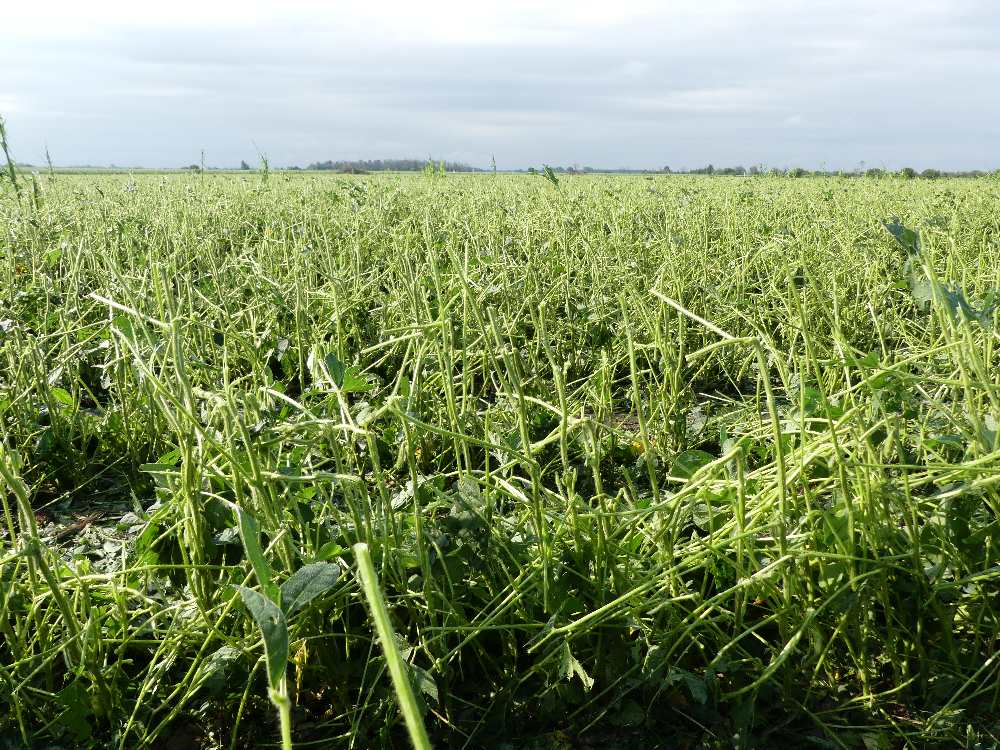 HALLVILLE — Over 1,000 acres of cropland was heavily damaged July 20 by a severe thunder and hail storm that shredded corn plants and stripped the leaves from soybeans left standing as straw-like stems along Kerr’s Ridge Rd. in North Dundas Township.

The violent weather system also tore part of the roof off a dairy barn as it tore through the rural neighbourhood and dumped a deluge. Amid the ravaged crops, ditches ran flush with water and large field puddles still sat on the land by the next morning.

Though located about a mile from the worst-hit area, Bill Lillico said his operation still incurred damage on about 400 acres of soybeans. His beans “will send new shoots out, and they’ll be later harvesting,” suggested Lillico, who had never seen a hail storm so big and damaging. 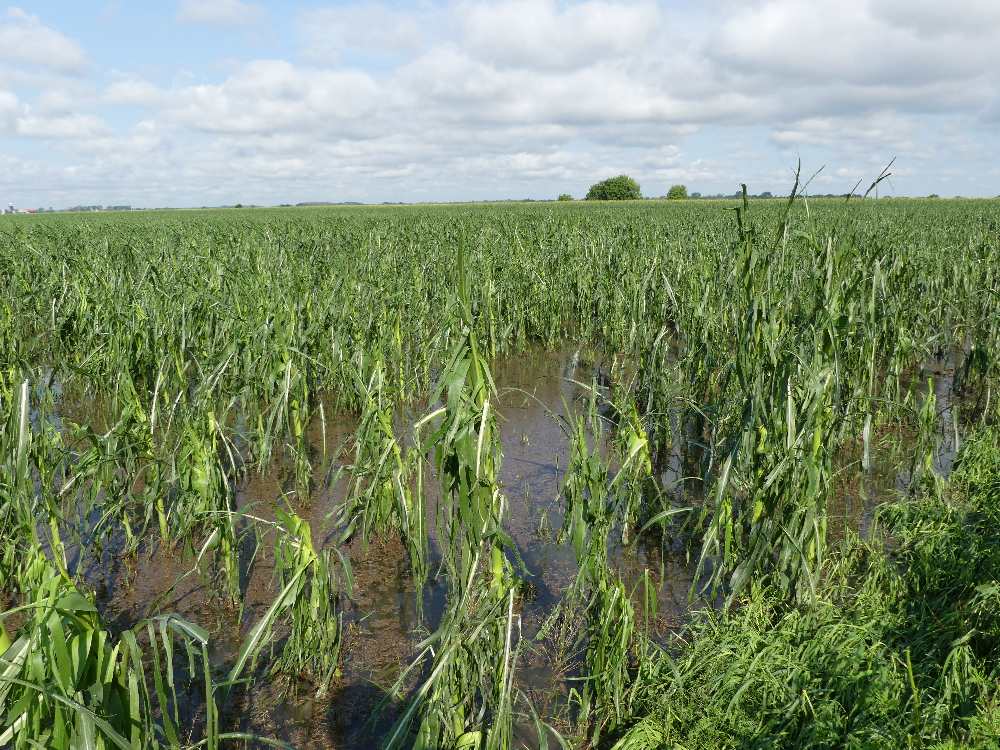 “Hail is your worst enemy this time of year, there’s no doubt about it,” said seed dealer Richard Lavigne, riding in a pickup truck with Lillico while having a look at the wreckage on Kerr’s Ridge.

Elevator operator and cash cropper Joe Spruit absorbed one of the biggest hits, estimating about 1,000 acres of his corn and soybean crops were pounded by the hail.

“I was at my elevator office, and she pounded in pretty fast, probably only about a half an hour long. The yard was just a lake,” Spruit said. “The ice (hail) came right behind it.” 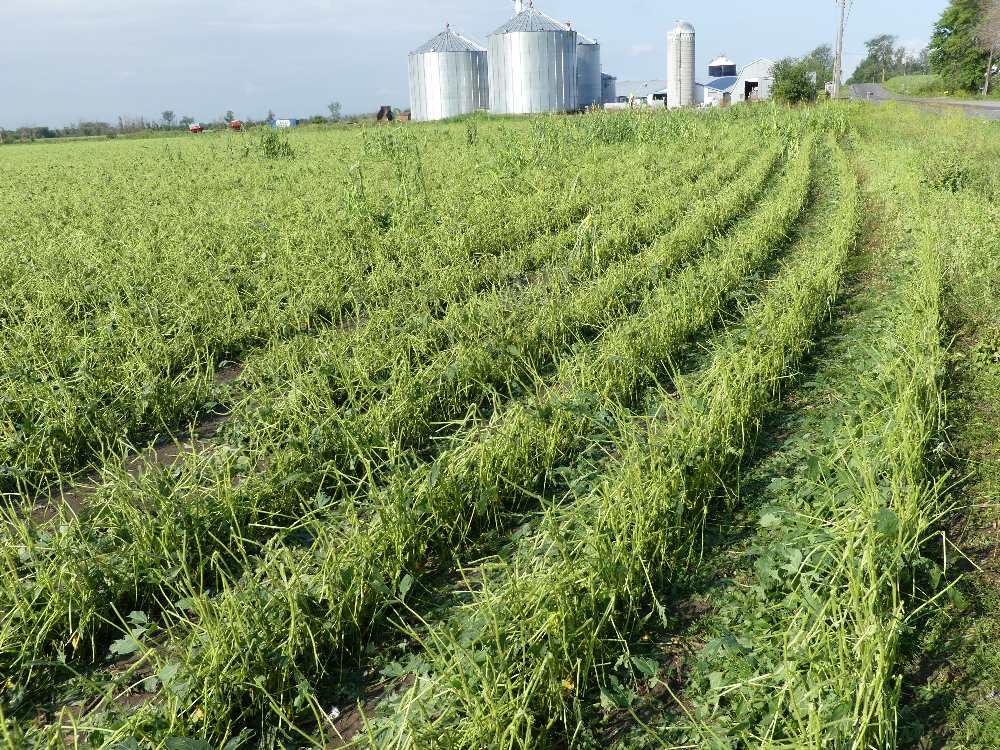 The hail was “maybe the size of a toonie or a loonie,” he estimated — not large enough to leave dents on his vehicles — and fell for “maybe 15 minutes.”

Spruit said he was waiting for a visit from crop insurance assessors to check out the damage. He surmised they may want to see if the crops recover after a period of time as well. “We’re not exactly sure yet.”

One hundred and twenty acres of his wheat went through the same storm, and strangely enough, wasn’t flattened. But upon closer inspection, that crop didn’t fare well either, as Spruit reported that the wind blew the kernels out of the heads.

At Josef Bloderer’s dairy farm, employee Jack Link said he watched the storm from inside the barn, reporting that it lasted about 50 minutes in total. But because of all the noise, he and another employee didn’t realize when a large section of roof covering the haymow blew away at about 4:30 p.m.

Bloderer himself missed the storm because he was in Winchester at the time. He was thankful nobody was hurt and that damage isn’t significant enough to interrupt production from the 86-head milking herd.

In the aftermath of the storm, Hydro One worked to restore power to nearly 2,000 customers in the affected areas of North Grenville and North Dundas. Environment Canada does not believe that a tornado touched down, according to media reports.