BACK IN THE DAY, 1908: The beginning of the free mail era 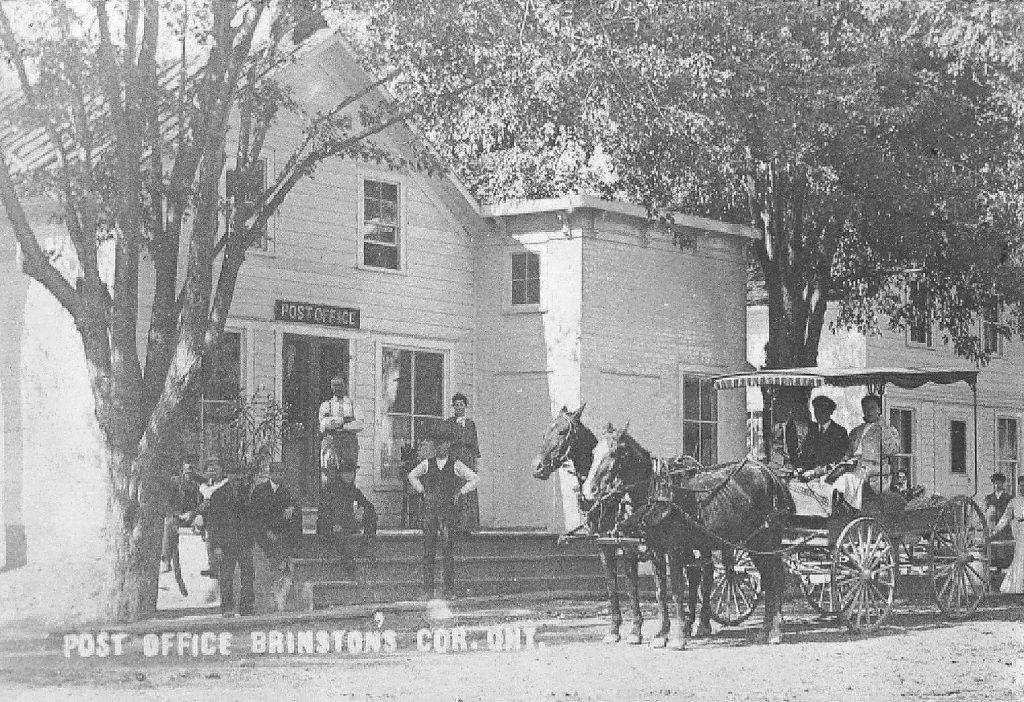 Locals pose in front of the Brinstion post office, southeast of Kemptville, in 1908. Postal service in Canada in 1908 operated under the name The Royal Canadian Mail. It was in this year that Canada instituted the first free rural mail delivery service but it was first introduced only between Ancaster and Hamilton with 37 letterboxes. The federal government introduced the new service after caving to pressure from newspapers. According to A chronology of Canadian Postal History, the press “characterized the government’s attitude as discriminatory, going so far as to claim that the farmer deprived of a service available to the urban population was relegated to the rank of second-class citizen. Of course, the press had a vested interest in the expansion of the free delivery areas, since, with a rural service in operation, it would have direct daily contact with a larger number of readers.” Ten years later Canada introduced airmail. (SD&G Archives photo)