BREAKING NEWS
16:02
Home Features WHAT GREAT RESET? A pile of socialist baloney promoted by the ultra-rich of the World Economic Forum that wants to take away your property

WHAT GREAT RESET? A pile of socialist baloney promoted by the ultra-rich of the World Economic Forum that wants to take away your property

High-flying billionaires and political elites return this month to Davos, Switzerland, to gather as the planet’s most exclusive club — the World Economic Forum. The organization is otherwise known for openly floating radical, dystopian ideas like “the Great Reset” that features, among other things, a call for the end of livestock farming by 2030, not to mention capitalism as we know it.

As farmers increasingly worry about the future, some are casting a wary eye at the global influence wielded by this most exclusive of clubs.

WEF’s ultra-rich participants haven’t schmoozed in person since January 2020 because of the pandemic. The 2022 edition will go ahead May 22-26. But there has never been more chatter and downright fear about what the ultra-rich are up to.

The WEF has recently come under increased scrutiny in Canada because of connections to this country’s highest political offices. WEF’s website prominently lists Prime Minister Justin Trudeau, Deputy Prime Minister Chrystia Freeland, and NDP Leader Jagmeet Singh — complete with photos and bios — as disciples of the group and its founder, Swiss engineer and economist Klaus Schwab, 83.

Freeland also happens to sit on WEF’s board of trustees, a situation whose “optics are extremely problematic,” National Post columnist Rupa Subramanya recently wrote. The deputy PM is, Subramanya pointedly noted, the only government minister on the board of an organization espousing a “corporatist and governance ethos” that, if adopted in this country, “would be nothing less than a subversion of Canadian democracy.” 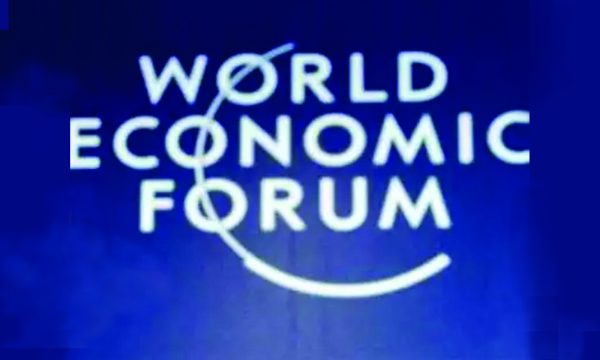 Sometimes likened to a Marvel Comics villain, Schwab has boasted about the world leaders affiliated with WEF through the years, including half or more of federal Canadian cabinet ministers.

Beyond an excuse for global elites to munch caviar on a cracker, what is the goal of the WEF? It comes down to the promotion and pursuit of top-down imposed change, an overturning of the established order and the end of traditional capitalism in favour of gargantuan, overweening government and nebulous green policy. It desires a system benefiting the powerful in charge, while stripping freedoms from everyone else to ensure a new serf class serving the elites at bargain-basement wages. It begins with the Great Reset, and Prime Minister Justin Trudeau publicly endorsed it late last year.

Unless you are tight with the Liberal-NDP coalition, there is reason for worry. Consider the organization’s 2016 prediction that by 2030,“You’ll own nothing and be happy.” Left unsaid is that while you will own nothing, the rarified ranks of the ultra-rich will be there to collect rent on everything from the new masses of this “happy” unpropertied class.

Schwab has been flogging his upend-everything agenda since he founded the WEF in 1971. With the arrival of the pandemic in early 2020, he didn’t waste time penning COVID-19: The Great Reset, which both gleefully predicts and prescribes the end of traditional capitalism as another victim of the bug. The pandemic was the perfect chance to highlight how the world’s economy needed a reboot and government interventionists like Schwab — and his progressive adherents — are the ones to push the button to make the fantasy death wish come true.

“COVID is likely to sound the death knell of neo-Liberalism,” he and co-author Thierry Malleret write with self-congratulatory sanctimony in a key passage (neo- Liberalism being the academic term for traditional capitalism, often rebranded as ‘neo-Conservativism’ during the 1980s). “With the economic emergency responses to the pandemic now in place, the opportunity can be seized to make the kind of institutional changes and policy choices that will put economics on a new path towards a fairer, greener future,” they write.

The treatise wishes for the end of economic growth, implying such outcome would be a good thing while ignoring the fact an economy not growing is, in reality, an economy suffering a recession or depression. How else to view this but a desire to see businesses fail and people put out of work so they can joyfully own nothing as government dependents?

Meat as a rare treat

Livestock farmers could hardly be blamed for perceiving the organization as nothing but an avowed enemy. Beef farmers — most of whom are not billionaires — get no respect from the WEF, which notes on its website that raising livestock accounts for a “staggering” 15 % of annual global emissions. It instead lauds an effort to “re-engineer the mighty burger” and “wean us off animal- based protein.” The WEF’s hope is that very little meat is eaten by 2030.

But just as communism allowed politburo members to live high off the hog, it is suspected that if the Great Reset succeeds, the new oligarch class will undoubtedly still enjoy real steak and possessions. Schwab’s socialist corporate philosophy, a term he dubbed “stakeholder capital- ism” almost 50 years ago, presumes an exemption for a small cadre of elites — the property owners.

A kind of merger of social engineering and capitalism, stakeholder capitalism is “invariably destructive and any ‘coalition’ that promotes it will do far more harm than good,” Matthew Lau, adjunct scholar at the Fraser Institute wrote in a recent Ottawa Sun op-ed. “The problem is that stakeholder capitalism is really more socialism than capitalism, as it involves marshalling private capital to achieve political social objectives,” Lau observed, while making the case that the prevailing shareholder capitalism — where companies focus solely on making money and rendering value to shareholders — is superior.

In a National Post op-ed, Fraser Institute President Niels Veldhuis and Executive Vice President Jason Clemens note that stakeholder capitalism is “really nothing new” and was previously known as “Corporate Social Responsibility” when economist Milton Friedman trashed it half a century ago: “Few trends could so thoroughly undermine the very foundations of our free society as the acceptance by corporate officials of a social responsibility other than to make as much money for their stockholders as possible.”

Conversely, the embrace of shareholder capitalism has “moved billions of people out of poverty and raised living standards beyond what most imagined possible 50 years ago,” Terrance Corcoran wrote in the Financial Post, adding, “Even the WEF concedes that the world made ‘unprecedented strides’ in poverty reduction, increasing growth and fostering global trade” during that period.

In 2016, Klaus Schwab’s World Economic Forum made several key predictions about the world of 2030 — assuming the organization’s policy prescriptions are implemented by political leaders that subscribe to WEF’s anti-capitalist dream.

Schwab has only been emboldened by the pandemic, and risen in the public consciousness over the last couple of years. He has cast the COVID-19 period as an opportunity to reboot society and the free-market economy with a new socialism. He calls it the “The Great Reset,” the title of his global best-selling book.

• You’ll own nothing, and you’ll be happy. You’ll rent whatever you want, and it’ll be delivered by drone. All products will have become services. What WEF doesn’t tell you with this one is that an elite group will still be around to own the stuff that you don’t — and to collect the rent or fees on it. They tell you that you will be happy but they will own everything.

• The U.S. won’t be the world’s leading superpower, a handful of countries will dominate. Alongside the U.S. is likely to be Russia, China, Germany, India and Japan.

• You won’t die waiting for an organ donor, thanks to advances in bio-printed organs. There will be a proliferation of self-driving cars.

• You’ll eat much less meat, and only as an occasional treat “for the good of the environment and our health.”

• A billion people will be displaced by climate change (floods and drought).

• There will be a global price on carbon, on the way to making fossil fuels “history.”

• You could be preparing to go to Mars.

• Western values (religion, free-market economy and democracy) will have been tested to the breaking point.