Robots to the rescue: Autonomous tractors will be commonplace in five years, dealers say 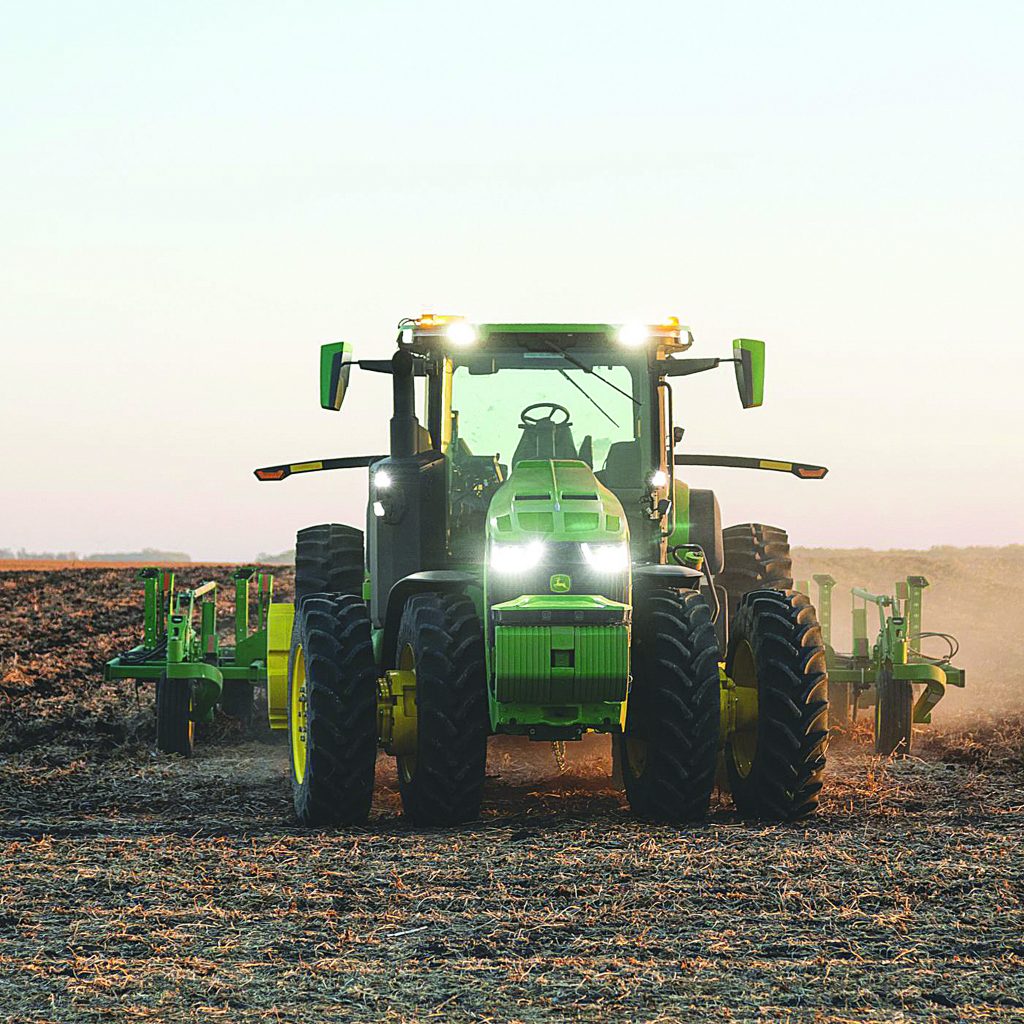 John Deere could start selling it autonmous tractors in time for harvest.

What was missing was the farmer.

The future of farming field crops with the help of largely autonomous robotic machines — including  tractor cabs with no one in them — soil sensors and specialized drones could easily eliminate most routine labour while improving productivity very soon, according to a seminar on the benefits of robotics at the 2022 Ontario Agricultural Conference held online in January.

Chuck Baresich, general manager of Haggerty Creek Ltd. near Bothwell in Chatham-Kent has played a leading role in introducing next-generation automated machinery to field crops in Ontario and says it might only take five years before autonomous units are fairly commonplace.

Baresich uses a largely self-driving machine developed by DOT Technology Corp. of Saskatchewan and sold by Raven Technologies that can switch to fertilizer spreader, corn planter and weed sprayer. It is a big truck-sized unit priced at about $500,000 but Baresich said it can also be rented. There are also smaller NAIO units — the DINO — a robotic weeder targeted at vegetable farmers which sells for about $250,000 and a smaller version called the OZ which sells for $60,000. All three are now available for sale.

Baresich said that the introduction of automation will be gradual because farmers have to develop trust in the technology. “We have to take those baby steps,” he said.  “Some of this technology has been around for 25 years but it’s all about putting it together in a package that works reliably — that the farmers can trust.”

Andrew Sunderman, a Georgia-based manager with AGCO equipment manufacturer said cameras, GPS and sensors now allow machines to turn and maneuvre around a field and avoid obstacles with no help from a human operator.

“We are starting to use the intelligence built into the machines where they can understand what is going on and make decisions based on real input,” he said. 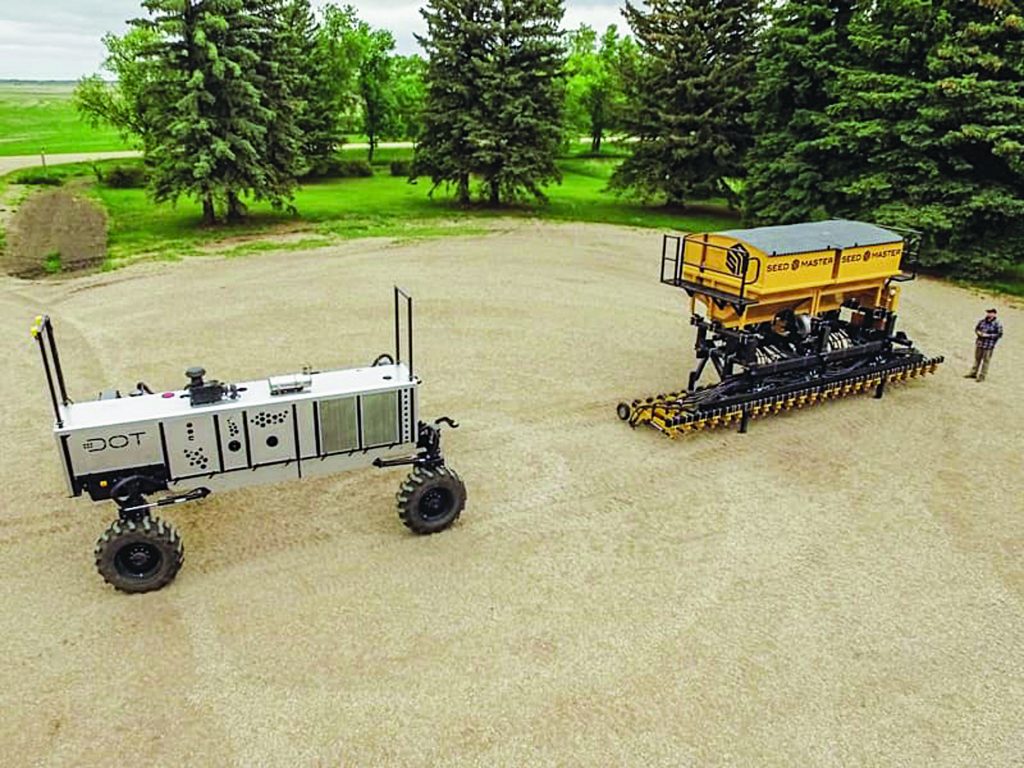 Dot Technology at far left moves in to attach to a planter.

U.S. equipment giant John Deere recently announced it will soon begin mass production of a fully autonomous tractor guided by six pairs of stereo cameras that a farmer doesn’t even have to be near as it will be completely controlled by a smartphone app.  The 230 to 410 horsepower tractors will be available for sale in time for harvest but the company isn’t saying how much they will cost. John Deere will also being selling automation systems as a kit that can be installed on tractors.

Sunderman said the precision and memory built into automated machinery allows farmers to move on from customizing individual fields and individual rows. “We are on the cusp of being able to treat each individual plant or seed differently,” he said.

Eddie Pedersen, a manager with FarmDroid, a Danish manufacturer of automated weeding equipment, said that in Europe, sales of automated equipment have been led by organic vegetable farmers trying to address a shortage of labour.

“Because of labour shortages, there has been a need to find a solution instead of having 30 people running around doing manual weeding,” Pedersen said.

Baresich said introducing automation will require fundamental changes in thinking.  Farmers will  be able to shake off what he calls “acre anxiety” and think outside the box.

“A farmer thinks ‘well, I’ve got three hours to cultivate that 50-acre field and I expect that robot to do the same.’” But it gets a lot better than that.  “They don’t realize the robot can work 24 hours a day.”

Dan DeBackere, who grows tomatoes and peppers on his farm near Port Stanley in Elgin County says he is eager to embrace more automation. He recently installed a $1-million system manufactured in the Netherlands to speed up sorting and processing of his produce. With some tweaking, he said that system is working out well, but introducing more automation into his fields is going to be challenging.

He is interested in exploring more automation because the already difficult task of finding enough labour during the crucial growing season has become even harder because of COVID-19 restrictions.

“This labour situation is a major concern for this operation,” said DeBackere.

DeBackere said tomatoes and peppers are especially delicate and have to be picked at their peak so he is still dependent on manual labour. But he is hopeful that something that works on his farm is on the way.

“I am not saying they are not working on it,” he said. “But it’s not perfected.”