KINBURN — At Bruce Hudson’s Kinburn farm, potatoes are a sideline compared to his 700 acres of conventional cash-crops and a commercial farrow-to-finishing hog operation.

But potatoes nonetheless have been a mainstay of more than 30 years at the roadside farmstand where Hudson sells a select few vegetables grown on a handful of acres. That includes the output of one-and-a-half acres planted annually into potatoes. In a good year, such as 2022, the potato plot — which rotates onto choice land around the farm to keep ahead of pests like wireworm — yields about 15,000 pounds or 120 bushels.

“We had pretty good conditions this year,” he says. “We’ve got some decent ground here that tends to weather dry periods,” says Hudson, who also fills end-of-season potato orders by the bushel. 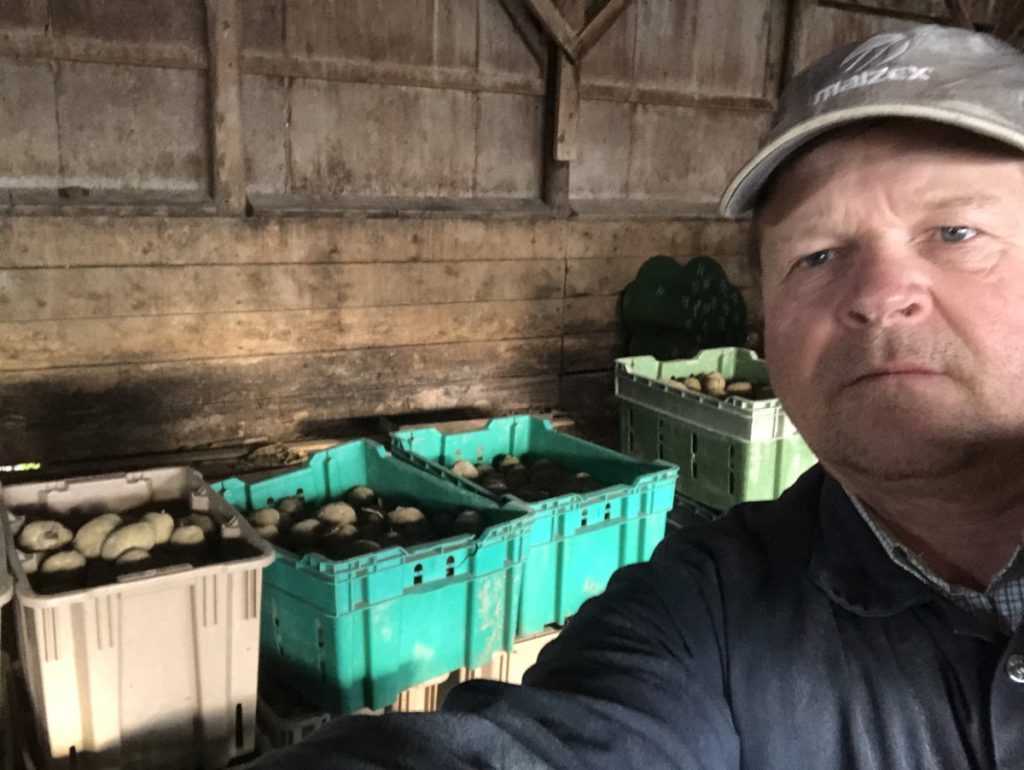 Bruce Hudson and some of his potatoes at the end of the 2022 season.

Potatoes consistently rank as nearly the most valuable fruit-or-vegetable crops produced in Ontario, often second only to grapes as was the case last year. The humble spud will likely rise to the top in 2022, however, as vineyards took a major hit last winter.

While he’s no big potato player by any stretch, Hudson’s spuds are substantial enough to warrant a modest degree of mechanization during harvest. He uses a one-row mechanical digger to pull up the tubers and leave them exposed on the soil surface to dry for an hour an or two, before fetching them manually into bushels.

Hudson, who grows five different potato varieties harvested at different times through the season, says that potatoes “work amazingly well” as a sales complement to the sweetcorn produced and sold at the farm.  He also grows cucumbers, zucchini and green and yellow beans, as well as beets, because he finds them to be a similarly effective combination.

Spuds could be Ontario’s most valuable fruit or vegetable in 2022, although Ontario’s prominent potato-growing region in southwestern Ontario didn’t always get adequate moisture this season.

“Some areas of the province experienced dry conditions during the growing season, and potato farmers in those regions may have been impacted by the lack of rainfall,” OMAFRA spokesperson Belinda Sutton said.

Thirty-six per cent of Ontario potato acres are protected by production insurance, according to Agricorp. “So far, we have very few reports of potato damage,” Agricorp communications manager Stephanie Charest said.

In Hudson’s case, 2022 produced one of his best crops ever, he says. “The June drought looked kind of iffy, but the crop got off to a decent start. We’ve got some decent ground here that tends to weather dry periods. We also sprayed for early blight, and I’m glad we did,” he says.

He also had enough excess potatoes to donate 5,000 lb. to the Ottawa Food Bank this year. 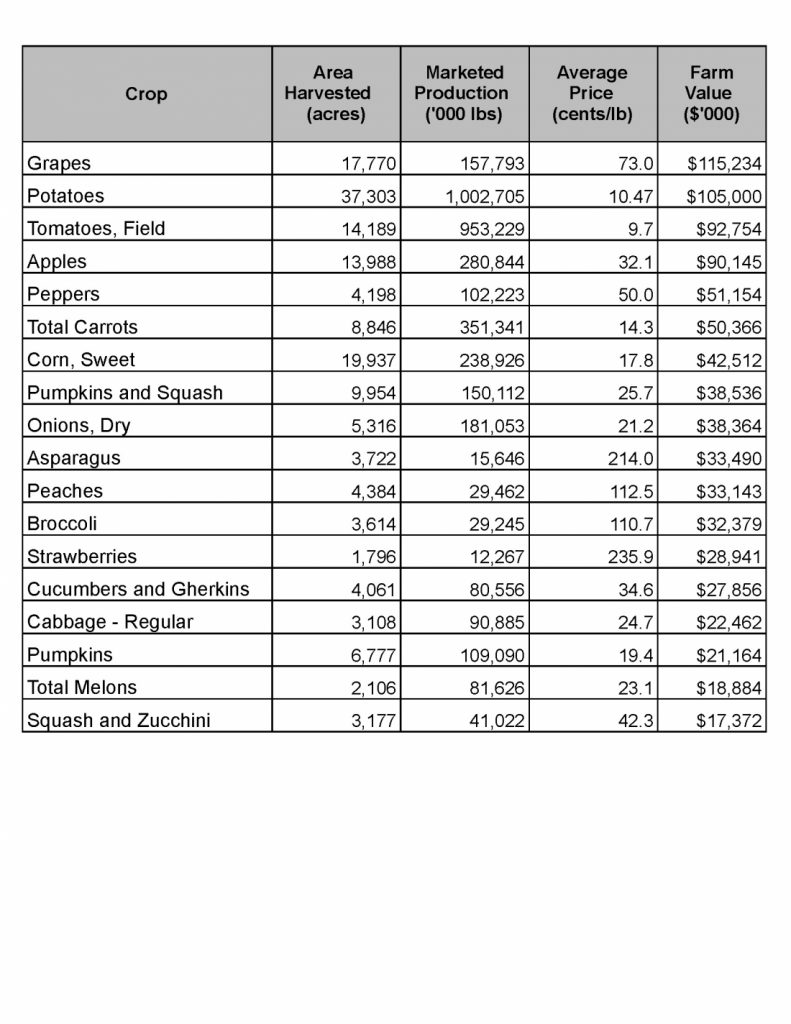 Information compiled from Statistics Canada and Potato Growers of Ontario.