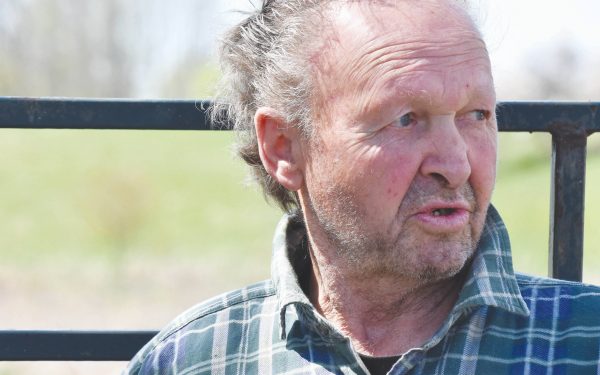 The appeal process could take months, meanwhile Walter Ray, who was never charged with any offence in connection with the case is left on “pins and needles”.

PETERBOROUGH — The Beef Farmers of Ontario (BFO) are calling for a review of Ontario’s animal welfare services in the wake of confiscating a 77-year-old Peterborough-area producer’s herd and charging him almost $400,000 to house and feed them.

The BFO board approved its resolution Sept. 27, according to the organization’s president, Jack Chaffe, who argued that the BFO should get advance notice of a PAWS farm visit so that a representative can be at the farm as the action occurs.

BFO supported the switch from the previous enforcement regime, under the Ontario Society for the Prevention of Cruelty to Animals, to the ‘new’ Provincial Animal Welfare Services (PAWS). Chaffe declined to be specific about BFO’s recommendation, as well as talk about the Peterborough case specifically.

Chaffe denied that his organization didn’t take an interest in the Peterborough case. BFO “was doing behind the scenes things that we couldn’t talk about, or that people weren’t seeing,” he said.

BFO strives to have either one of its advisory councillors or animal care advisors attend a farm in case of a raid. Meantime, Chaffe said that BFO is developing a checklist for producers who find themselves interacting with PAWS. “Things you need to do and look out for,” he said.

Peterborough beef farmer Walter Ray remains on tenterhooks as PAWS applied to appeal his recent win at the Animal Care Review Board. The review board denied most of the $400,000 PAWS was seeking from Ray for costs incurred after PAWS rounded up 101 beef cattle from his farm last December — a little more than half his herd — and kept them at foster farms, racking up boarding costs for months.

Ray was not charged with any offence in connection with the case.

The legal saga kicked off after Ray failed to comply with orders last fall to clean up “hazardous debris” on parts of the 200-acre property where the animals roamed.

During the chaotic Dec. 16 round-up of his herd by PAWS contractors using all-terrain vehicles, two animals were injured badly enough to be put down. One of the contractors ended up in a Toronto hospital with serious injuries.

Neighbour John Lunn expressed worry at the “stress and strain” of an appeal process on Walter Ray and his wife, Gwenda. “What if they do allow this appeal, and they’re in for a half a million dollars?” he exclaimed. “They’ve lost their farm.”

At the very least, the appeal process could mean another 6 or 7 months of legal limbo for the couple, he suggested.

Looking back, Lunn said it was unfortunate the Rays originally missed the 5-day window to appeal to the Animal Care Review Board for the return of their cattle, in the days after they were taken. The Rays lacked the ability to file the exclusively online appeal form, he said, and government fax machines were offline. When that opportunity was lost, they were limited to appealing the ever-increasing boarding cost bills until PAWS let the cattle go to the sale barn in May.

Ontario Landowners Association (OLA) President Jeff Bogaerts deemed the Ray situation a “fiasco” and said he saw no “substantial, noticeable improvement” over the previous animal welfare enforcement regime, the Ontario Society for the Prevention of Cruelty to Animals.

“The people I talk to, they don’t tell me there’s … been an improvement. It’s just not there. I don’t see it. I don’t hear it.” And that’s after a six-year legal fight in which the OLA was instrumental in the OSPCA’s decision to bow out of its long-time enforcement role.

Bogaerts suggested it’s incumbent on farm organizations to be present, at least as observers “if nothing else,” when PAWS takes action at a member farm.

Even a farm organization that wants to focus on policy issues, rather than individual cases, should at least have individuals on site in a “neutral observer” role during PAWS interventions to learn and help formulate improved regulations “down the road,”  he suggested.

“Certainly our beef and dairy guys are watching” the Ray story, Stillman said, while declining comment on whether the Peterborough Federation had any specific stance on Ray’s situation.

Ray said that he is an OFA member and that no one called or visited from the organization. He’s been left on “pins and needles” over losing his animals and the ongoing legal battle, he said.