Angela Dorie: Who wants to drive the premier at the IPM? 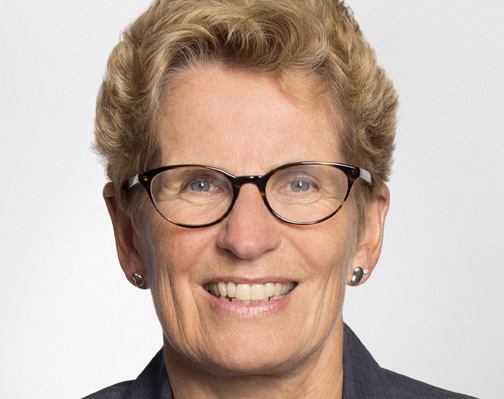 The latest edition of the Williamstown Fair has ended. And, like every year in its 204 years, if there are two things it is good for, it is meeting up with people you haven’t seen for awhile and catching up on all the latest news. The following tale came from a trustworthy friend and is so good it has to be shared.

Everyone is aware of the International Plowing Match scheduled to take place at Finch this month. Apparently news of it also travelled to the office of Premier Kathleen Wynne at Queen’s Park in Toronto. Wishing to join her farmer friends at the celebration, her office advised the organizers that Ms. Wynne would be attending and would require a red antique tractor to pull a wagon in which she could stand and participate in the opening parade. Plowing matches are known for mud and the premier might find it hard going if she had to walk.

Now the story goes that the organizing committee readily agreed and, as soon as the request became known in the local farming community, there were many offers of red wagons, both new and vintage, for the premier to stand in. Unfortunately, all had chains and paddles on the floor which could cause her to trip and fall onto the metal beaters at the back and hurt herself! Farmers were thanked for their offers and advised a wagon was not necessary as Queen’s Park would supply one.

At this point, a secondary story started circulating that the provincial Liberals had purchased the now-unused “Pope-mobile” from Rome, complete with bulletproof glass enclosure and puncture-proof tires and it was being repainted red for the big day. All that was needed was a red tractor.

A friend of ours was asked if he could supply the red tractor as he has one or two in his collection but he decided to pass on the dubious honour of pulling Premier Wynne around the grounds. Instead, he opted to find someone else with a nice, old red tractor. That proved not too difficult but the hard part became finding someone to drive it. The owner either wouldn’t or couldn’t and it seemed that everyone else asked had some excuse. No one was jumping at the chance to tow Premier Wynne around the plowing match!

At one point it was suggested that someone find a red remote controlled tractor to pull her wagon — the operator could control it unseen from within a tent. Fortunately, someone eventually accepted the job so they have at last found a driver to take on the task but this is the best twist of all. The driver is taking time off from his job in Western Canada to fly in for the one-day job. He says he’s not flying back for the honour but to get his friend out of a pickle. Speculation now is whether or not he will be dressed in any colour but red!

Who ever expected it to be so hard for Premier Wynne to find a farm friend in Eastern Ontario when she really needed one?

Angela Dorie is an agricultural writer and a Jersey dairy farmer near Cornwall.