BREAKING NEWS
05:20
Home News WHERE’S THE MONEY IN BEEF? Profits are with the processors

WHERE’S THE MONEY IN BEEF? Profits are with the processors 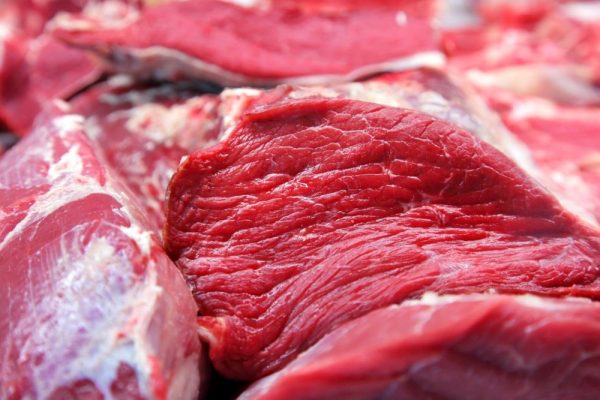 ONTARIO — Where’s the money in beef? Not so much in retail and definitely not on the farm, even as beef demand hit a 30-year high in 2021.

Ontario consumers should know that beef producers are actually losing about $100 on each head of cattle produced and even grocery stores are barely making a go of it. The packing sector, though, has been posting record profits as prices and demand have soared over the last few years.

That’s the upshot of a recently released study that covered 2016 through 2021 that was commissioned by the Beef Farmers of Ontario and reported by consultant Kevin Grier.

“Given the much slower rate of increase of farm prices compared to retail and packer, there is no basis to assert that farm prices are the cause of high retail prices,” the report states in a key finding. “At the same time, however, there were also obvious reasons for high packer prices related to both market supply and demand forces, as well as unusual events.”

“Margins on feeding yearlings started the research period in 2016 very negative and recovered briefly in 2017. From that point, cattle feeding margins remained in a serious loss position,” the study reports.

The packers’ share of the retail price sticker increased from 51% to 59% while the retail share declined from 8% to a razor-thin 2%.

At the checkout counter, this all translated into an average 10% increase in consumer beef prices by the end of 2021.
The study’s author points out that this dynamic has been occurring throughout the North American beef industry, not just Ontario’s. A market correction is on the way, however, and oddly enough, it’s coming in the form of a gradual decline in cattle produced by farmers, despite soaring demand for beef. That’s what happens when farmers lose money, researcher Kevin Grier said.

Grier told Farmers Forum that cattle output is entering its cyclical “liquidation phase,” which should shift more leverage to farmers over processors as time goes on. In that scenario, the farmers’ margin could rise, while the processors’ goes down. The consumer may not even see a difference.

Grier also emphasized that high processor margins of the last couple of years have only been possible because of soaring beef demand amid the unusual circumstances of the pandemic. “If demand wasn’t so good, those prices wouldn’t be that high,” he said.

But why are farmers currently producing beef if it’s all loss and no profit for them?

Beef Farmers of Ontario President Jack Chaffe admitted, “You’ve got to look at the whole picture, and maybe not the highlights sometimes.”

Chaffe noted that many producers, like himself, also happen to be cash-croppers, which changes things somewhat. “Likely one of the most profitable parts of our feedlot operation right now is the manure we’re generating from our cattle, to put back on the land as fertilizer to grow the crops,” he said.

Running a feedlot operation “isn’t something you can’t just turn on and off,” he added. “A lot of guys work on the margin between what you sell this week (as fed cattle) and what you can afford to buy back in as (replacement) feeder cattle.”

Chaffe suggested that cow-calf producers supplying those young animals to feed lots will “unfortunately take the brunt of most of the downturn of higher input costs” in the beef sector.

Chaffe also expressed hope that government programs in Ontario would help address the shortage of processing capacity in the province and increase competition.