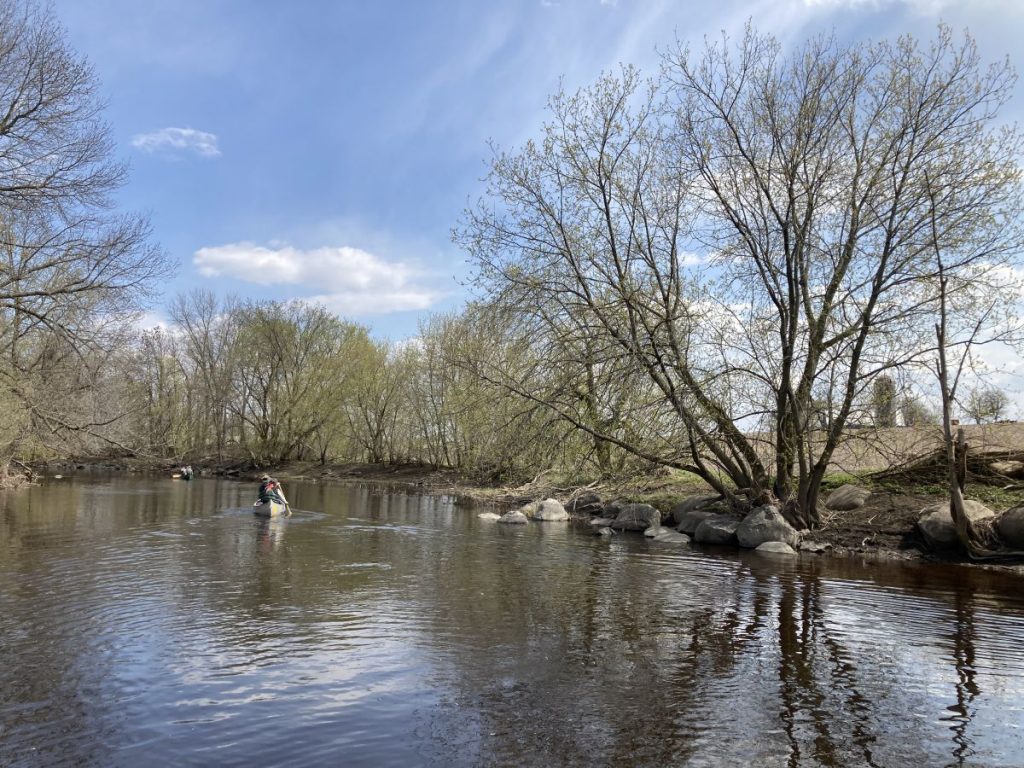 Many Eastern Ontario rivers were at below-average water levels for the second year in a row. While farmers were getting their land ready for planting, local canoeing enthusiasts took to the Raisin River on Saturday, April 24 for some afternoon relaxation, southeast of Chesterville. (Harmony Koiter photo)

L’Orignal — Major spring flooding on the Ottawa River in 2017 and 2019 was once described as a potential “new normal” amid emergency declarations prompted by the rising waters.

Fast forward to 2021 and the second consecutive spring of the pandemic also happens to be the second without substantial flooding along the river — and the “new normal” is instead a term monopolized by society’s response to a virus.

As of late April 2021, the river actually sits at a below-average level for this time of year, and it’s expected to remain so for “the coming weeks,” according to the Ottawa River Regulation Planning Board. Many Eastern Ontario rivers also recorded be- low average levels for the second year in a row.

The situation stands in stark contrast to the urban media’s prognostications after the Ottawa River watershed flooded thousands of homes, inflicting a reported $223-million in damages during the spring of 2017 alone. Similar flooding occurred in 2019, leading an Ottawa columnist to gloomily report his good fortune at not buying a home in a local river neighbourhood — replete with quotes from an expert predicting a collapse in real estate prices.

After the Ottawa River overflowed in 2019, The Toronto Star ran this headline: “Floods show we must adapt to the ‘new nor- mal’ of climate change.” Once in 100-year flooding events, such as the two in the Ottawa River basin in 2017 and 2019, are otherwise described by the planning board as events with a one per cent chance of occurring in any given year. Statistically, it is possible for a once-a-century flood to occur in a short time span without necessarily indicating a trend.