WESTERN ONTARIO: ‘No doubt about it’ — corn yield could smash record 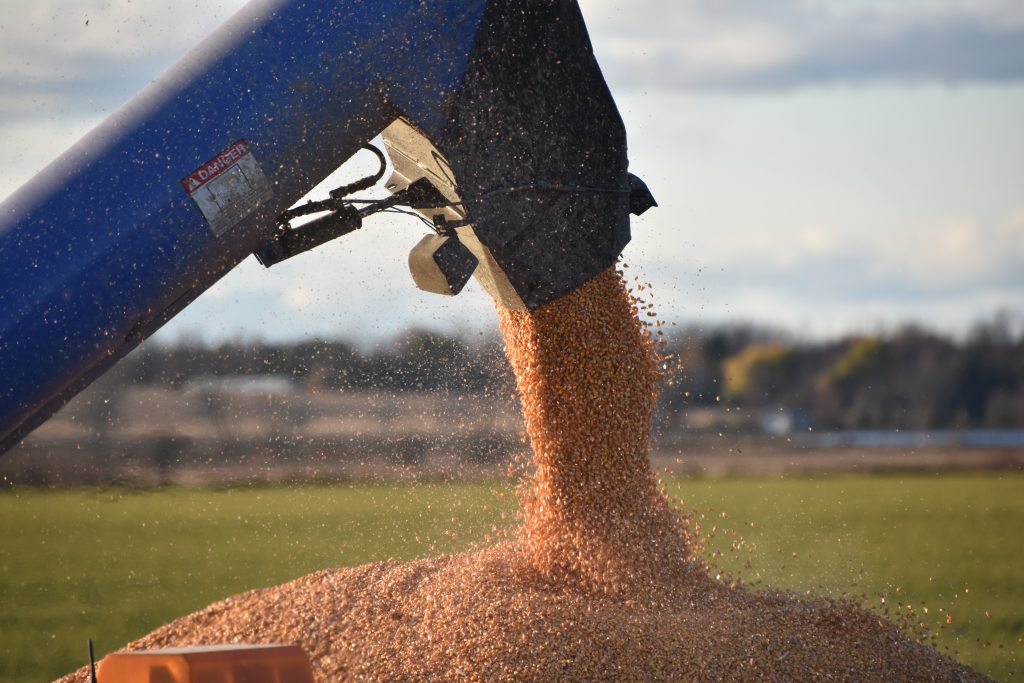 One Chatham-area farmer figures he yielded 230 bushels per acre of corn this year.

CHATHAM — This year’s bin-busting corn crop in southwestern Ontario looks like it will be one for the record books.

“There’s no doubt about it. Now it’s just a matter of how much we have beat the record by,” said Greg Stewart, a veteran agronomist now employed by Maizex Seeds.

Data compiled by Agricorp shows the current record for Ontario corn yields is 183 bushels per acre, set just three years ago in 2018.

Based on an earlier yield tour of about 500 fields, Stewart estimated this year’s crop will come in around 192 bushels per acres, and he says that estimate could be conservative. With good planting conditions this year and timely rains in July, Stewart says a record yield was not unexpected.

“But now that we have seen all the yields come in, I can’t help but think that 192 bushels per acre will miss it on the low side,” he said.

Another hallmark of this year’s corn crop is that it was fairly consistent across southwestern Ontario with minimal variation between regions.

“From county to county, corn yields are darn near amazing everywhere we go,” said Stewart.

He said the improved yields are also a function of improved kernel size and weight. He said agronomists usually estimate around 82,000-90,000 kernels per bushel in their calculations. But he said some plots were so productive this year that it only took 60,000 kernels to make up a bushel.

“When you consider where the yields come from, some of it is clearly from the fact that the kernels were more massive,” he said.

Stewart said great weather is always a prime factor in any good harvest but he said steady improvement in genetics is boosting yields over the long term.

Bruce Johnstone, a cash crop farmer who lives just north of Chatham, is very happy with his corn harvest, and for good reason. He estimates his yield at around 230 bushels per acre — a record for his farm. He said the corn crop wasn’t impacted by heavy rains in late June or a late outbreak of tar spot.

“The crop was in pretty early this year because of the nice spring, and in September the stalks started drying down quick with the warm weather,” said Johnstone.

“It was one of the better years. Don’t know if it was record, but it was pretty good.” But he said those gains could be offset by the soaring cost of fertilizer and other inputs.

Kevin Armstrong, who farms just south of Woodstock, said he saw some variation on his farm with yields ranging from 230 bushels per acre to 170 bushels per acre, depending on the field but the overall average was very good.

Armstrong said the harvest was challenging because damp conditions in the fall made for muddy fields and frustrating delays. “The fields were just so wet that we didn’t want too much damage, so we put on the brakes a lot and it was a very drawn out harvest season.”