WESTERN ONTARIO: Neonic-treated seeds are back (sort of) 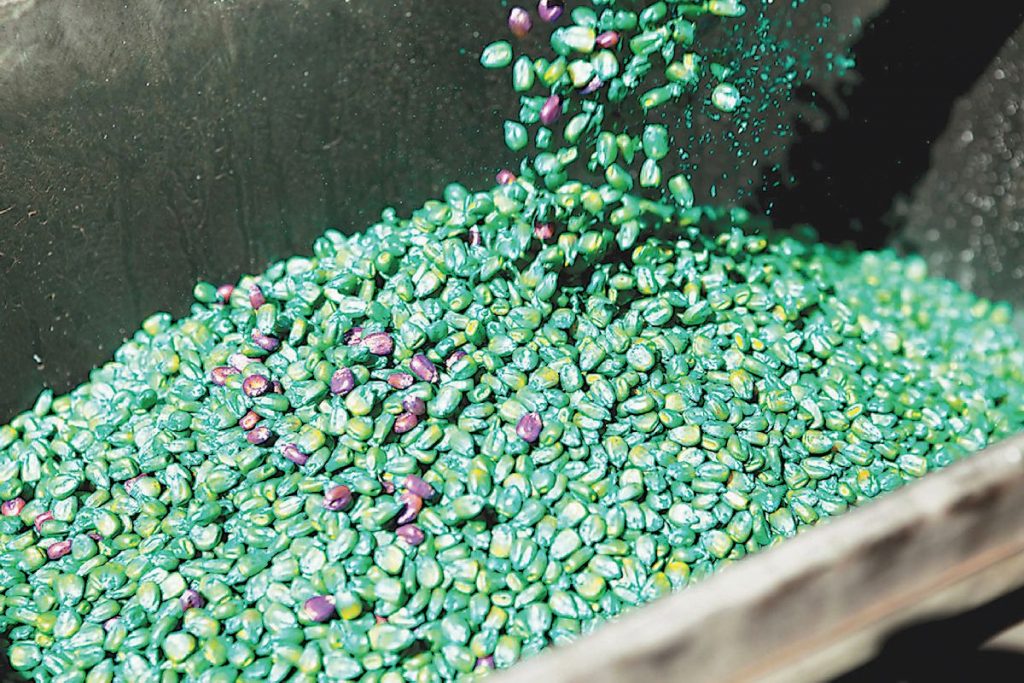 Ontario Liberal government caved to environmentalists, while Health Canada now says neonics should not be banned

Canada’s federal pesticide regulator last month completed a 180 degree reversal of its earlier announced intention to ban neonicotinoids. Health Canada’s Pest Management Review Agency instead issued a ruling allowing Imidacloprid — one of three primary neonic insecticides used on corn, soybean and canola seeds — to remain licensed with a handful of tweaked restrictions. That decision followed the Agency’s March finding that clothiandin and thiamethoxam (both neonics) were not harming aquatic insects.

But to some degree, the point has become moot in Ontario, where the industry has moved on to other products. However, neonic-treated seed remains a legal — and technically cheaper — option.

“We do still offer the neonic option for much of our corn products, though not all,” says Bayer Crop Science (Dekalb) dealer rep Dave Robertson of the London area, though he estimates less than 10 percent of Dekalb corn seed sales in Ontario are for neonic-treated seeds.

Meanwhile, Dekalb soybean seed is only available without neonic treatment, and in general, according to Roberston, the Ontario seed industry has moved on to another chemical. That alternative — Chlorantraniliprole, branded as Lumivia by manufacturer DuPont — does add about $10 to the cost of a bag of seed, he says, compared with the neonic-treated standard that still prevails in the United States. And while the more costly alternative is “as good” as neonic-treated seed, “it’s not better,” he concedes.

Robertson says that Ontario relaxed its neonic regulations a couple of years ago when “backwards spring” conditions in North America left companies like Bayer with an excess supply of neonic-treated seed that couldn’t be sold in Canada. Growers here successfully lobbied the government to relax the rules to ensure they could reasonably use it, he recalls.
He says the federal government’s threatened neonic ban had caused fear in the marketplace — particularly among vegetable growers that have no other options — since assuaged by the Pest Management Review Agency’s recent about-face on the issue.

Robertson says improvements in planter technology reducing dust — including a switch to a wax-based lubricant — has helped improve the safety record of neonics as well.

Given the chemical’s lower price and the federal regulator’s climbdown, he suggests “a little bit of an uptick” in the usage of neonics is now possible, though Robertson doesn’t expect more than that. “I don’t know that everyone wants to come back to it, either. It’s been long enough that we’ve moved off of it and the alternates are working okay.”

In response to the beekeepers’ lobby, in 2016, Ontario’s Wynne government imposed new restrictions on neonic-treated seed that made the chemicals a hassle to use. More recently, the Ford government allowed farmers to more easily meet the requirements of the regulation by taking a course.

Meantime, it appears that the controversy over neonics might never go away.

Neonics now “is kind of a zombie issue, it always comes back to life,” observed Eastern Ontario-based crop consultant Gilles Quesnel, of neonics’ propensity for always finding another headline. Neonics have been “boxed in” with controversy in a way similar to the herbicide glyphosate, Quesnel said, adding, “There will always be a new story out on glyphosate, and it’s the same with neonics…. Who am I to say it’s not warranted?”