WESTERN ONTARIO: Moisture up, corn yield up, but a bin buster? 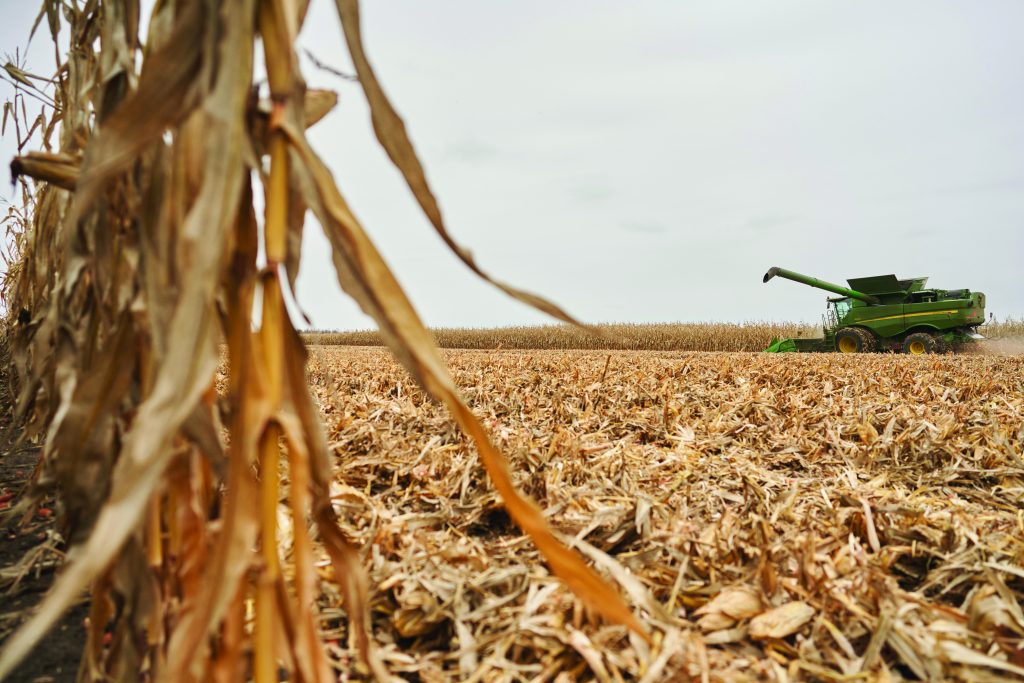 SOUTHWESTERN ONTARIO — With about half the crop in the bin by the first week of November, southwestern Ontario’s 2021 corn harvest was looking very good, though too early to calculate an overall regional record yield.

Dale Cowan, AGRIS Coop agronomist, said that yields were “phenomenal” — with some fields in the 260 bu/ac range — though he tempered that description by adding: “It’s a good corn yield, certainly average to above average.”

The good numbers also take into account southwestern Ontario’s first season with tar spot, which has weakened stalks and caused more lodged corn, according to Cowan, who estimated about 50% of the crop was harvested by Nov. 1 — about a week behind average.

Julie Maw, of Mooremaw Farms outside Sarnia, also noted some concern with tar spot in the hundreds of acres of corn at her family operation outside Sarnia. They had yet to begin harvesting their hundreds of corn acres amid wet conditions, she said Nov. 1st. Aside from the newly arrived fungus, “everything looks good,” she said. “The cobs look good.”

Henry Van Ankum was eager to get the harvest started on his 500 acres of corn when he spoke with Farmers Forum on Oct. 28. “Our moistures are still a little higher than we’d like, higher into the 20s,” said the Alma grower. “But we’re starting at it. It looks like a good crop, too, but it’s kind of a painful process taking it off at high moisture with the cost of propane right now.”

Oxford County’s Mark Zilke reported not starting his corn harvest yet on Nov. 1st. “I think we’re hopeful for a better crop than we’ve seen in the last couple years here,” he said.

“Everything is standing well right now, and we’ve been checking hand samples, and checking fields. They’ve been coming down in moisture about two points a week.”

At Schaus Land & Cattle Co Limited — an Elmwood-based beef producer — cropping manager Steve Nichols said they had taken in just over 25% of their 1,000 acres of grain corn by Nov. 2. The farm harvests all of the crop as high-moisture corn to feed its cattle.

Yields to date were “really good, above average for sure,” and possibly a farm record, Nichols said. “The test weight is just phenomenal,” he added.
Jay Cunningham, of Chatham, said he was just about to start into his 50 acres of corn on Nov. 2 and anticipated getting an average to above average 200 bu/ac.

It was so wet in his area, there was little harvested before November, he said.