Three on-farm store owners talk about mistakes made, good advice, biggest mistakes and when they knew they would make it

Starting an on-farm business is risky with inevitable hiccups along the way. About 60 per cent of all start-up businesses will fail before the end of their third year. So, who knows the game better than those who’ve made it past their first 10 years. Farmers Forum’s Hank Daniszewski spoke with three on-farm store owners who laid out the biggest challenges they’ve faced, how they overcame them, and their keys to success. 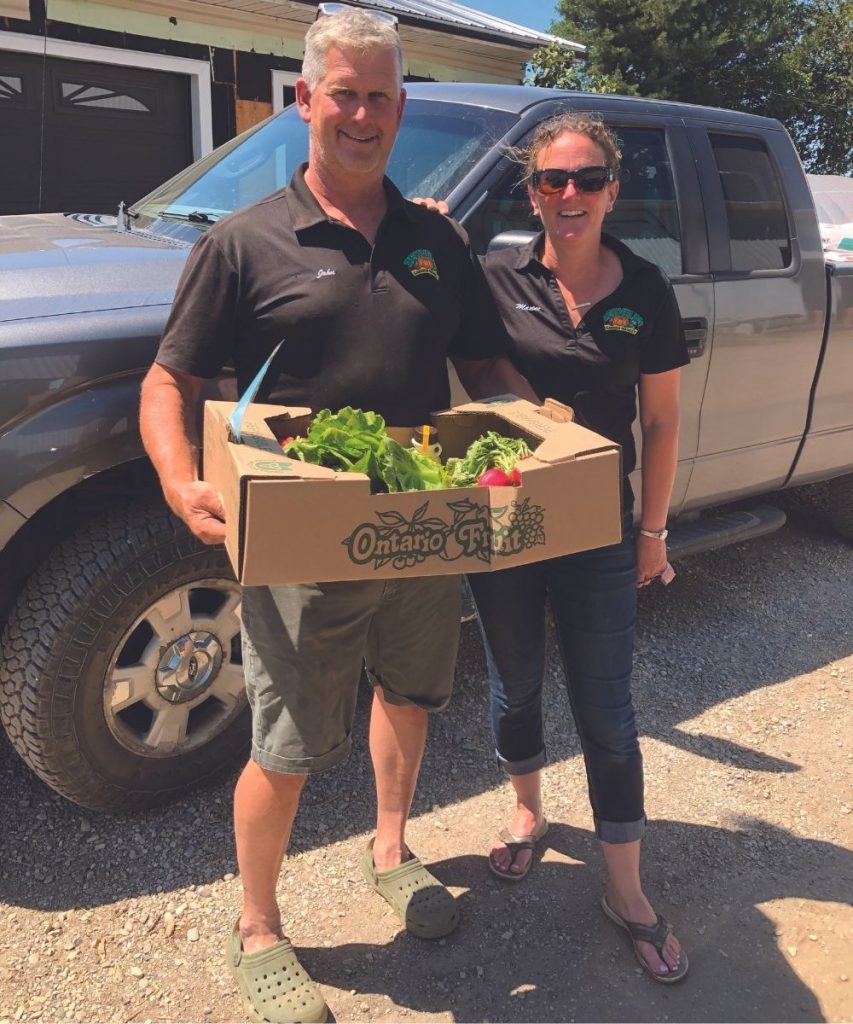 John Zekveld and wife Maxine added a bakery to their on-farm store in 2005.

Maxine Zekveld opened the family-operated business in 2000 with her husband John on 94 acres in Lambton County, selling fruits and vegetables from their on-farm store. They added a bakery in 2005 and now deliver produce boxes to customer’s homes.

“Sales have been really good. There has been a big increase since COVID started, but there hasn’t been the panic buying that we saw last year when people were filling their freezers. People definitely want local produce and they see the need for it.

“We have learned many lessons. You have to go with the flow of what your customers are looking for and be willing to make changes. We have tried new programs like our produce boxes bringing food out to homes and we have done fundraising with schools and class trips. You always have to look for new ways to get your products out there. John is looking at growing strawberries in tunnels because people want them year-round as much as possible.”

“We came into this knowing nothing, so we have talked a lot with local farmers. That’s where are greatest learning has been.”
What’s the biggest mistake you have made?
“We started out growing a lot of cabbage and we wholesaled it, but we finally gave it up. It was one of best things we ever did because our other crops were hurting because we put so much time and effort into cabbage and it wasn’t making us a lot of money. You can’t do everything. You have to do what works.”

What’s the biggest challenge you have faced?

“Probably the weather, because you can’t control that. You get frost and droughts and too much rain causes disease problems and we are limited with sprays and stuff. A hail storm can wipe you out. You have to keep your customers happy and they don’t always understand and they may go elsewhere if you don’t have what they want.”

“It took us about seven to 10 years before we really knew what we were doing and started to make improvements and seeing the benefits. John was growing cover crops and adding nutrients and we invested in an irrigation system. Our produce boxes have been a great avenue. Our customers pay up front, giving us money in the spring that we can put into our crops and it gets our name out there.”

“You have to be willing to work hard. We don’t go on family summer vacations. We work long days from April to October but we do it as a family and enjoy what we are doing and we love our customers and providing them with good, healthy food. You have to love what you are doing and not do it for the money.” 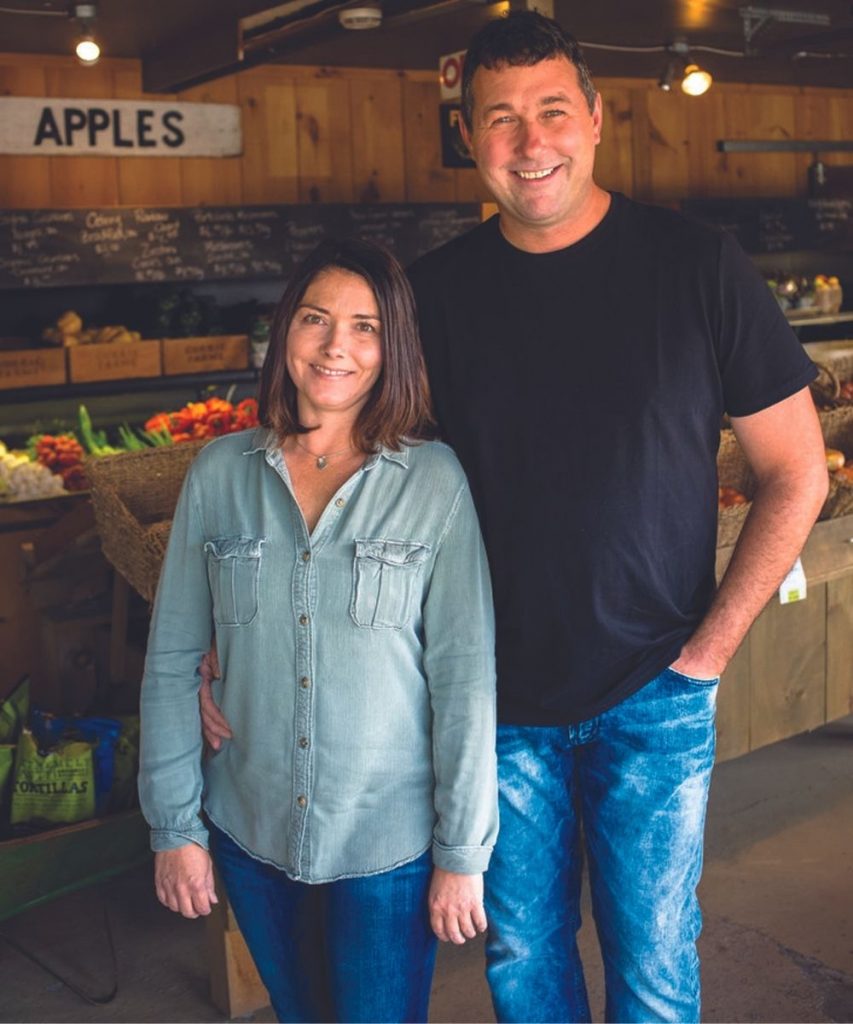 Chris Currie and wife Candice found the first three years incredibly difficult. Then they broke even and expanded to grow 15 new crops.

In 2011 Chris gave up his career in the automotive business along with his wife Candice who also switched careers to take over the farm market founded by his grandparents in 1957. They grow a variety of vegetables at their 200-acre farm just outside Collingwood and sell them in their store along with their own home-made salad dressings, salsa and jam.

“Sales were good and up over last year which was the best year we ever had. COVID has been sort of weirdly positive because more people want to buy from local farms.”

“We have learned to be consistent to our vision. We haven’t turned into a gift shop or sold antiques. We are very focused on food only, grow as much of it as we can on the farm and get it out to the store. We stick to what we know and that’s farming.”

“I consulted with my previous bosses in the car business that owned dealerships. We approached the farm and the market as a business first. The things we learned in our previous jobs we apply to the farm. Every decision we make is business first.”

What’s the biggest mistake you have made?

“We dabbled in an ice cream parlor for a while, because we were looking for another revenue stream but when COVID came along, scooping ice cream became impossible because of the safety requirements and we dropped it. It wasn’t that successful anyway.”

What’s the biggest challenge you have faced?

“When Candice and I bought our own farm it was a huge financial commitment. We had to get up to speed. We started planting some garlic even before we formally took possession. It was a huge move because we were ‘all in’ so to speak.”

“The first three years were very difficult. I was doing a lot of side work, anything I could find to bridge the gaps. But when the farm started to break even I felt like was living mortgage-free. We expanded our product line to 15 crops and we extended our season from Thanksgiving to Christmas.

“You have to have a plan and you have to be able to do the work. It’s awesome to have a relationship with the customers, the trust they have in us. People tell us they come here first to buy their groceries and buy as much as they can before going to the supermarket.” 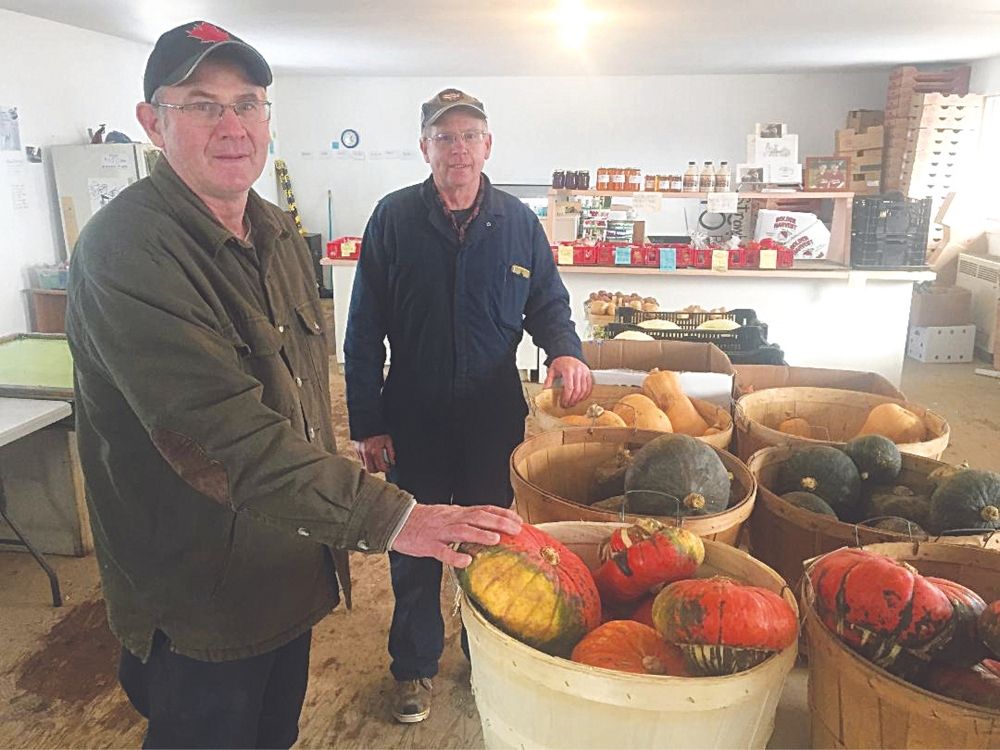 Mark Roberts started Adelaide Farms, just north of London, 40 years ago raising beef cattle and selling fruits and vegetables at a roadside stand. That part of the business kept growing until a store was constructed in 1990. After Mark died away in 2014, his sons John and James took over the business and expanded the variety of products.

“Sales are up a bit compared to the long term but not like last year when we had the best year we ever had because of COVID. People were pickling stuff at home that they never did before and they were buying things the stores were running out of.”

“You have to offer your customers top-notch vegetables at a reasonable price. You can’t sell stuff that just so-so in quality because they can get that anywhere. The stuff picked that day is the best and you can’t get that at a supermarket.”

“Our customers tell us they come back because it’s something they can’t get somewhere else – that’s what brings them back. So many customers say they heard about us from their friends and neighbours. Social media has also encouraged more people to buy local.”

What’s the biggest mistake you have made?

“We tried U-pick for strawberries a while back and it didn’t work out. You have to supervise a lot of people — people will pick where they want to pick. You have to a have a lot of staff to guide them and tell them where to pick.”

“We started out selling sweet corn at a roadside stand but the road got too busy and people were parking everywhere so we built our produce building back on our property in 1990. For a couple of years it was tough because people didn’t know where we were. But after a while they realized it was a pretty good set-up.”

“You really want to have to do it. Some people think they will make a lot of money, but when you look at your hours there’s not a lot of money in it. We have had customer who have come for 25 years or more and we know all about where they live, their hobbies, who their kids are. There is a real closeness there.”