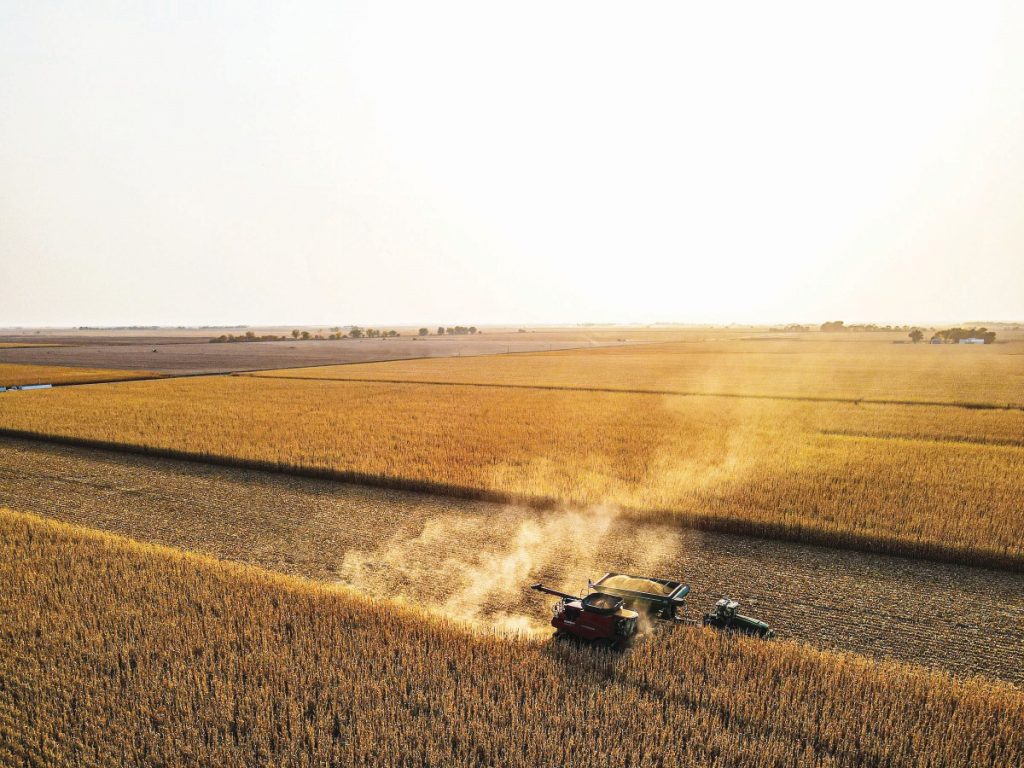 Southwestern Ontario farmers reported “better than expected” yields, overcoming the lack of rainfall in many areas.

Happy with average or better but farmers feared worse

HURON — The resilience of today’s corn hybrids was demonstrated in spades this year. With the crop now largely in the bin amid excellent and speedy harvest conditions, southwestern Ontario producers seemed at least satisfied with yields after spotty rainfall and dry conditions this past summer.

Mooremaw Farms, southeast of Sarnia reported below average yields, as did other area farms, at 150 bushels per acre to 200 bu/ac, which was “better than expected,” crop farmer and elevator operator Julie Maw said Nov. 28.

Some producers a half-hour north of her farm enjoyed record yields because of more timely rain in that area, she added.

Elgin County crop farmer Richard Paton reported his 450-acre corn crop exceeded expectations after a very dry July and August at the farm near Dutton. Overall yield was “a little above” his normal 200 bu/ac —  and well beyond the 160 to 170 bu/ac he expected. “It was just amazing.”

Paton said growers in his area were generally feeling the same way. “I haven’t heard of anybody that’s disappointed on the yields around here as far as corn and soybeans…. Overall everybody was happy.”

As a result of the exceptional harvest conditions, the corn came off so quickly, some producers were unable to book deliveries to plugged-up elevators and ports and a few growers had crops still in the field as of Nov. 28 because of plugged elevators.

Perth County’s Josh Boersen said he had a custom-work client who had to delay harvest because of the bottled-up grain distribution system. Otherwise, most of the crop was off, said Boersen, who grew 600 acres of his own corn this year. His yields were near — but “maybe a little below” — his 200 bu/ac average, he surmised.

“It was the first year in a while that it seemed all the elevators were having a hard time keeping up,” observed Margaret Vincent in Huron County. That wasn’t caused by a bumper crop of corn but because the corn came off the field so quickly. Yield-wise, Vincent said they hauled an average yield on her farm of 175 to just-over 200 bu/ac.

In Walkerton, elevator operator Tammy Young, of Les Young Farms, reported better than average corn yields in her region and a “fast and furious” harvest in excellent weather.  “Now we did get snow a couple of weeks ago that put a brake on things,” Young added.

She said that clients were reporting corn yields of 195 to 200 bu/ac — well ahead of the 175 bu/ac average for the area.

The Great Lakes Grain Assessment Tour forecasted a provincial corn yield average of 176.9 bu/ac this year. It projected corn yields in Western Ontario and Southwestern Ontario to range between 143.7 bu/ac (in Halton) and 198.8 bu/ac (in Wellington).

Statistics Canada is calling for an average 172.6 bu/ac corn yield in Ontario this year.