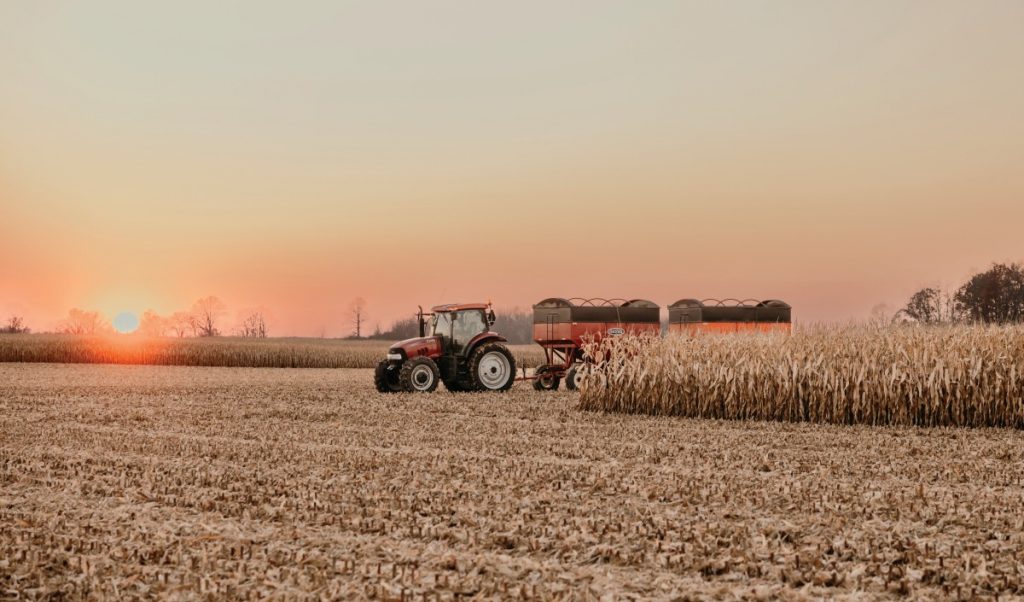 BORNHOLM — This year’s Ontario corn crop was nothing if not variable as combines started rolling into the region’s corn fields last month.

At Bar-B-Dee Farms in Perth County, corn yields were “definitely down” from 2021 but still better than expected, co-owner Randy Deblock said. “It just depends whether or not you were under that little cloudburst that rained in July,” he said.

A small percentage of the farm’s 1,300 corn acres remained to be harvested when Farmers Forum contacted Deblock on Oct. 31. He tentatively estimated his corn yield to be down “in the neighbourhood of 30 to 40 bushels per acre” from last year’s bin-busting 235 bu/ac.  The Great Lakes Assessment Tour projected a stunning average yield of 193.9 bu/ac for Perth County this year.

Deblock’s operation includes an elevator business and he has observed “quite a range” of incoming yields from farmers’ fields — from 170 to 240 bu/ac — this fall. The corn is also dry, he said, with a moisture percentage in the low 20s — good news at a time when drying costs are only going up.

The Great Lakes Grain Assessment Tour projects corn yields in Western Ontario and Southwestern Ontario to range between 143.7 bu/ac (in Halton) and 198.8 bu/ac (in Wellington).

Statistics Canada is calling for an average 172.6 bu/ac corn yield in Ontario this year. 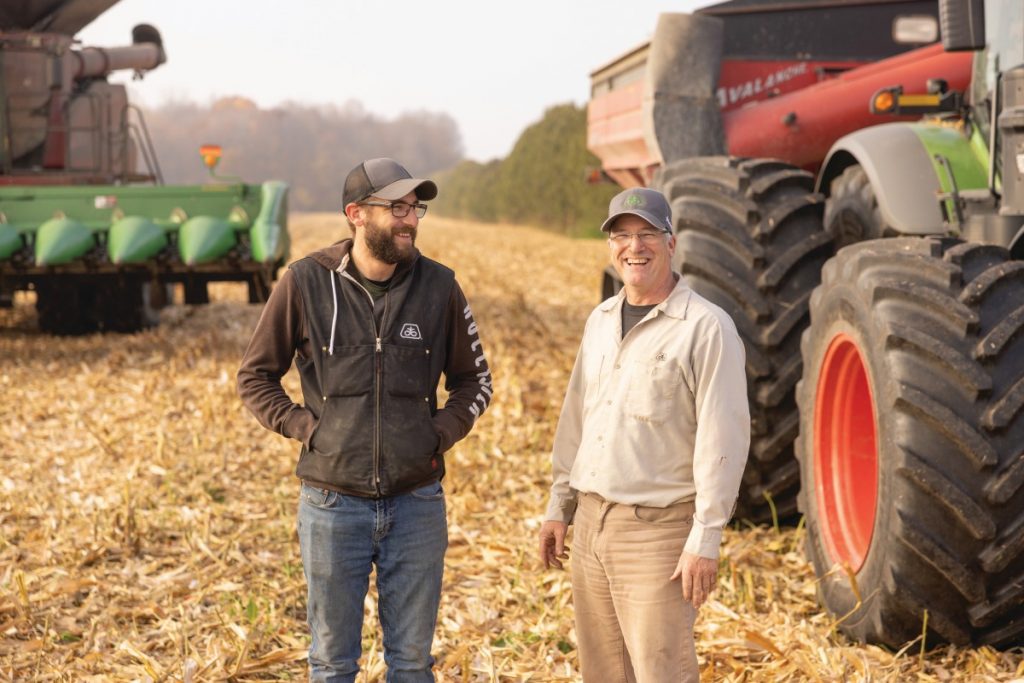 “So far, the corn is looking pretty good” and so is the quality and moisture levels, said Travis Roodzant, of Elgin County. Roodzant (above) with his father, Ken, are getting ready to harvest another corn field on Nov. 2. They were halfway through their corn harvest. They operate New Glasgow Grain, at Rodney, are in a harvesting partnership with Miller Family Farm. See page 2. (Jodie Aldred photo)

Essex-based cash-cropper Charles McLean of Essex County reported “average or a little bit above average” yields with about half of his corn off by the end of October. “We were fortunate that we got rain,” said McLean, who grows and custom-harvests about 275 acres of corn. “We’re happy because we don’t have to go far in any direction before we see places that weren’t as fortunate to get the rain that we did.”

Lower drying costs are a bonus, but he cautioned that yield will drop if kernels are too dry because they “shell off” during combining and stay in the field. “There are pros and cons to a low-moisture scenario,” he observed.

By contrast Kitchener dairy farmer Shayne Jones reported his modest, 18-acre grain-corn crop was still standing in the field at the end of October because moisture levels – at 33 % –was too high. The farm typically plants grain corn for silage, and only after storing enough silage for the season, harvests the rest for the grain market.

“If you had any rain in July, you were OK, and we got rain at the right time,” said Jones, who expected an average to better than average yield for his place, in the 150-plus bu/ac range.

In Middlesex County, De Dell Seeds vice president Will Trudell observed that the corn harvest was “turning out better than expected in light of the drought.” The company’s combined 30 acres of crop plots were hitting around 200 bu/ac mark, with one Thamesford plot reaching 237 bu/ac.

Southwestern Ontario appeared to be “fairly lucky” with this year’s crop, he added.