OPINION: We love growing food — but it isn’t a job for sissies

A farm year in review: the good, the bad and the ugly

As I sat there in the middle of our extensive garden we had painstakingly planned and planted, with what seemed like a thousand pieces of an irrigation system in my lap, I realized for the first time we might be in over our heads.

Taking on the task of trying to make a living selling vegetables is not for the faint of heart, but my wife and I jumped in with both feet on our 21-acre farm in Chesterville.

I’ve jumped out of a plane. I’ve gone white water rafting, and I’ve had to speak in public in front of thousands of people. None challenged me as much as trying to earn a living wage from what grows from the ground.

Like any experience, it is full of good, bad and ugly. 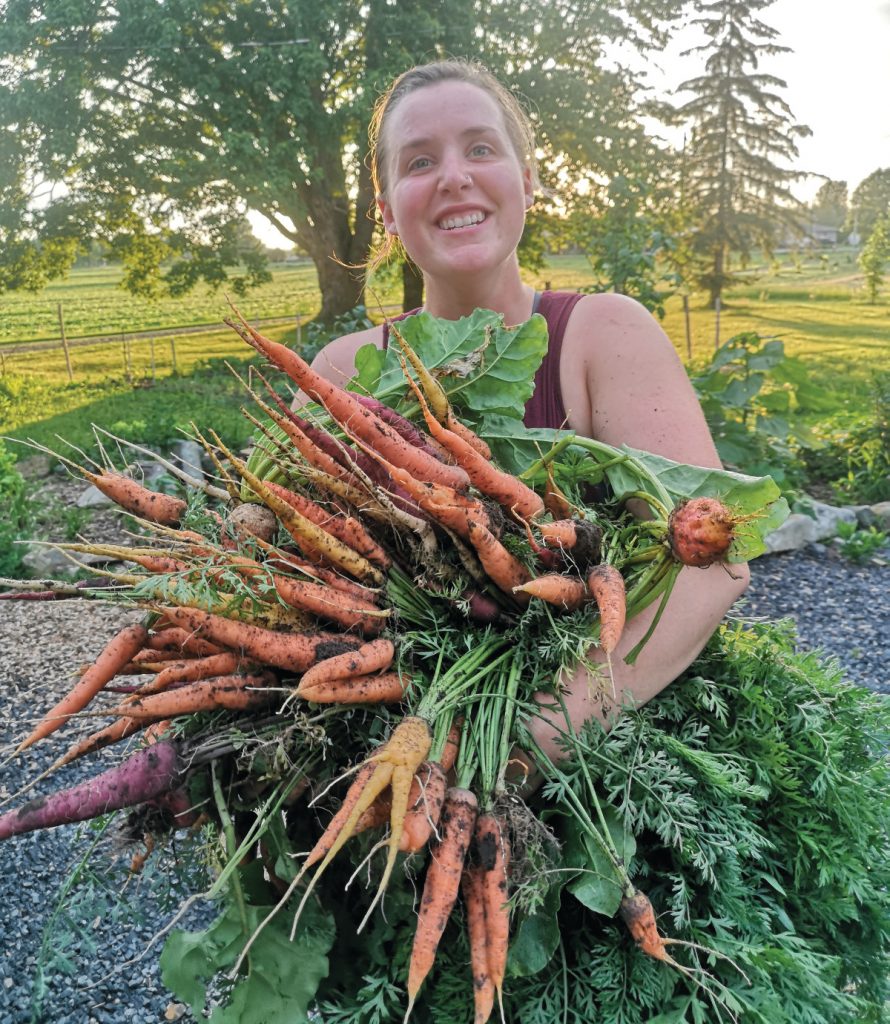 If you’re going to start growing food on a larger scale, irrigation and a detailed plan are a must.

We spent months sitting at a computer designing our growing plots from seed to harvest including any successions. There was a spreadsheet, a calendar and even a whiteboard. It alleviated a lot of pressure to know what was going where and when. We still made adjustments as we went, but without the plan we would have been lost.

The same can be said for our irrigation. Our crops would have withered in the drought conditions.

After discovering a cellar full of seed potatoes we had forgotten about in August, we also found that potatoes can be planted much later in the year than we thought and still get a decent crop. Onions started indoors and transplanted in bunches of five and trellised tomatoes both also produced optimal results.

Insect netting, frost cloths, plastic row cover and biodegradable plastic mulch, are worth the price we paid and the reason we could grow chemical free.

Too much of a good thing is a bad thing.

When the season hit full stride, we simply couldn’t keep up with the harvest. Most days it was just the two of us — along with our two boys, both under the age of four — trying to pick, clean, package and sell our produce. Despite a few mighty volunteers, it simply wasn’t enough.

I’m no stranger to hard work and long hours — growing up on a dairy farm blesses you with a unique skill set — but the time required to just stay afloat, and ahead of the weeds and pests, was surprising.

Even if we would have been able to keep up, we found that storage, distribution and demand were an even bigger issue.

Some vegetables (lettuce, broccoli, cucumbers) need to be picked early in the day and then stored in cool temperatures. Otherwise, they quickly wilt making them unsellable. It was infrastructure we didn’t have the money nor the time to build. There aren’t enough coolers in all the Canadian Tires in the world to store the amount of lettuce we grew.

But it is distribution that continues to be the achilles heel of the local food industry.

A market booth, a weekly community supported agriculture (CSA) box of whatever is in season and a strong social media presence are essential if you want to make it on your own.

With COVID still limiting public gatherings and a young family we relied on the social network approach.

You can only make so many videos about carrots until you start to feel a little weird about it. It requires a special skill and unshakeable discipline in order to turn content, including online ads, into cash in your pocket.

We did have customers and they cared deeply about their food, how it was grown, the time that went into it and they were willing to pay fair value for that. They even tolerated our overly friendly dogs.

They are kindred spirits but there aren’t enough like them that genuinely care about the food they eat; not yet anyway.

It brought home a big realization for us. We love growing food but not as much as we like to grow people’s appreciation and understanding of what it takes to do that and the rewards therein.

Not everything we grew worked or even tasted good, kale is not my favourite, but we believe that failure is our teacher, not our undertaker.

With experts predicting price shockwaves at grocery stores across the country this winter, we will continue to grow food and focus on sharing our knowledge in the hopes that soon others will value food as much as we do.

There’s great freedom and power in feeding yourself and your community. I guess that’s why they call it food security.