Watch out for wild pigs 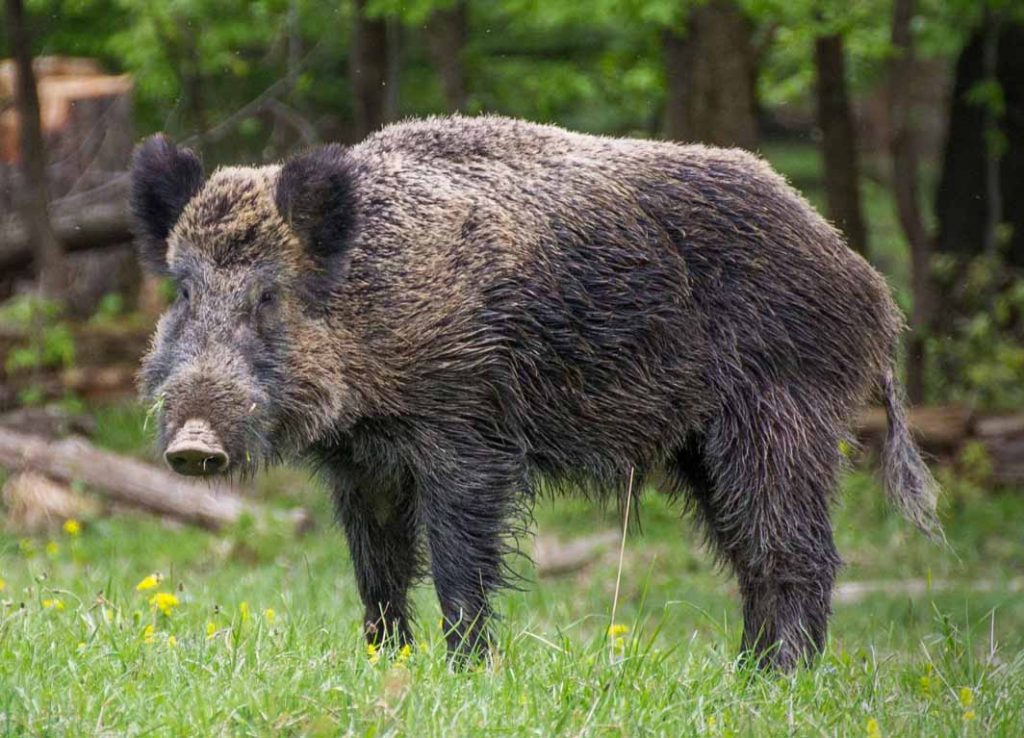 Ontario is taking a stand against a menace that is destroying crops, threatening livestock and damaging equipment.

Wild pigs are a growing nuisance in the province according to the Ontario Federation of Anglers and Hunters’ wildlife biologist Keith Munro. The province has been monitoring wild pigs since 2018 and has launched 81 investigations into reported sightings — with some reports likely involving the same animals being seen by different people — since January 2020.

“They’re primarily found in Eastern and Southern Ontario,” Munro said. “Any pig found outside of a fence is considered a wild pig. Most of the wild pigs are farm escapees.”

Area resident David Chamberlain told the Vankleek Hill Review that he saw four pigs cross Hwy 417 near Casselman last fall. Visitors to the Voyageur Provincial Park near Hawkesbury receive a handout on wild hogs when they check in.

Adding up the cost of the damage is difficult, but Munro noted that the U.S. estimates it spends $1.5 billion annually on damage and control. The tell-tale damage from wild pigs is obvious to farmers and Munro. “They root under the surface eating everything and churning up the soil.” It’s that appetite that is one of the three keys to their survival. They can and will eat almost anything. Wild pigs can also live almost anywhere and their breeding is faster than any mammal it’s size.”

Munro points out wild pigs can be sexually mature at six months, have two litters a year each ranging from four to 10 piglets. For comparison a mature white tail deer has from one to three fawns annually.

Paul Mussell knows how well wild pigs adapt. The farmer from Osgoode and head of the Ottawa Federation of Agriculture says these pigs are great at digging under fences to get out. He applauds the province for setting up a task force on wild pigs through the Ministry of Natural Resources. “Agriculture needs to put some funding forward as well,” he said.

The province of Ontario is ramping up its effort to eradicate the pest, according Ministry of Natural Resources and Forestry biodiversity advisor Paula Julio. “Currently, the majority of wild pig sightings appear to be recently escaped live- stock: domestic pigs, pot bellied pigs, and farmed Eurasian wild boar.”

She does point out that follow-ups to reported sightings have not yielded any evidence of wild pigs breeding outside of captivity in Ontario.

While that evidence may be a breath of fresh air for farmers, their con- cern still lies with the impact. Munro points to the very visible damage wild pigs can do, not only to crops but livestock and equipment as well. “They compete for food sources with other livestock, and have been known to prey on young livestock in particular, young lambs.”

Spreading disease and damage to equipment like irrigation systems are also threats.

When it comes to eliminating an invasive species like wild pigs, the interesting thing is hunting is not the answer. “You have to get the whole herd at once. Otherwise, they scatter, educate themselves and with their breeding ability reproduce and the problem continues.”

The best thing to do if you spot a wild hog or wild hog activities according to Munro, “Report it.” Wild pig sightings can be reported at www.//inaturalist.org/projects/ontar- io-wild-pig-reporting or by email at wildpigs@ ontario.ca or call the Invasive Species hotline at 1-800-563-7711.