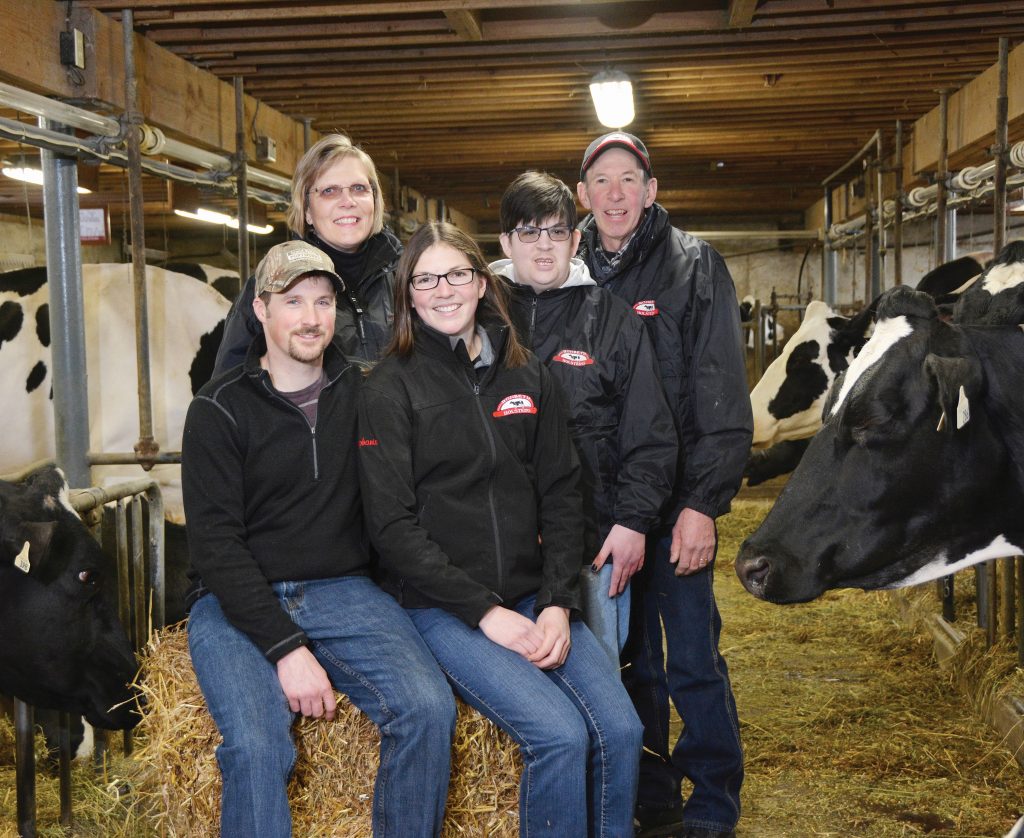 EASTERN ONTARIO — The Warner family at Ronbeth Holsteins didn’t make it to Quebec to pick up their fourth master breeder shield at the Holstein Canada banquet in November, but the achievement is nonetheless a proud one.

Hastings-based Ronbeth was one of only two Ontario operations conferred with a fourth shield as announced virtually by Holstein Canada last January, during what would have been the organization’s 2021 banquet except for the pandemic.

The other to get a fourth shield was Alton Lea Farms of Blackstock, profiled last year in these pages. And as far as master breeder shields go, Ronbeth and Alton Lea have been in lockstep, being awarded by Holstein Canada in each of the same 15-year increments since 1978, happily reported Ronbeth’s Dean Warner.

Dean explained that because of his oldest daughter Lacey’s health issues — she’s a valued partner and “cat manager” at the farm — the family opted not to collect the shield in person at the delayed banquet that took place right after the national Holstein show in St. Hyacinthe, Quebec. “To protect her, we thought we had better stay in our bubble,” said Dean, who also farms in partnership with wife Carol and their other daughter, Jennifer Murphy and her husband Cameron.

“It’s kind of like a Hollywood affair,” he reminisced of the last time he attended the banquet. “They certainly do an excellent presentation for everyone, and it’s worthwhile to see.”

Lacey and Jennifer represent the fourth Holstein-breeding generation and the family’s sixth generation at the farm in general. He explained that it was his grandfather who took the farm into milk production in 1939, using purebred Holsteins — marking the start of the ‘Ronbeth’ prefix, a name derived from his two children, Ronald (Dean’s father) and Elizabeth (his aunt).

Dean said the farm continues to pursue a philosophy of “breeding good functional cows that have showring appeal, with good milk production and longevity.” They run a milking herd of 50 with a nearly 11,000 kg average and 4.3% butterfat.

Regularly showing their cattle at the Hastings County Fair as well as the summer show in Lindsay, their animals have also appeared at the Royal. “Not every year, but when we have something,” he said.

In 2017, Ronbeth won the All-Ontario Junior Breeders Herd, and the prefix has included all-Canadian and all-American award winners. “At one time, we had the cow with highest lifetime production in the late 1980s,” he added.

The herd has in the past produced several bulls for the AI industry as well.

“We have the depth of pedigree, the generations of very good and excellent behind them, with adequate production, higher fat, possibly — I think a cow that will work for a variety of different breeders,” he said.

The family’s eye for a good cow also translates to the judges’ side of the ring. Dean, who served as a 4-H leader for over 40 years, has judged the 4-H Classic and Showmanship Holstein shows at the Royal a number of times. So has Stephanie who is “judging quite a bit now, in all six provinces,” her father proudly reports.