BREAKING NEWS
01:03
Home News Want your horses back? Build them a roof

Want your horses back? Build them a roof 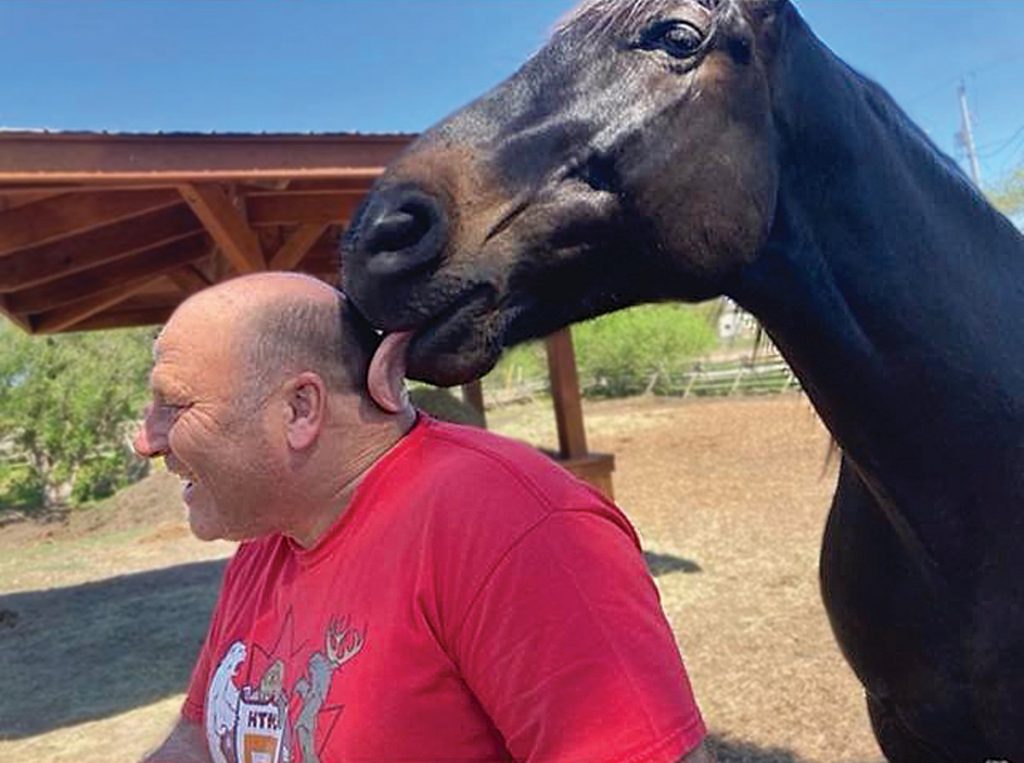 Kevin Rintoul was ordered to build the roofed shelter (pictured below) to regain custody of his two horses after they were seized by PAWS agents. Gelding “Brother Willie” licks his owner shortly after his return home.

CARLETON PLACE — Does a horse legally require a roof over its head? Not according to Canada’s national code of practice for equine care, a document very familiar to Carleton Place horse owner Kevin Rintoul, who had a recent run-in with provincial animal welfare police.

The code establishes a horse shelter as being either “natural” — such as trees and hedges — or “constructed” — such as stables. Both meet the standard of being “shelter,” although only one offers a roof.

Nonetheless, Rintoul says provincial animal welfare services (PAWS) agents seized his two Hanoverian-cross horses on January 14 at his rural property and wouldn’t allow their return until he constructed a small, roofed structure for the animals. No matter that his 9-year-old gelding and 10-year-old stallion were in fine condition and had access to natural shelter — trees and the side of a garage — in their half-acre paddock. He was ordered to complete the roofed shelter within 30 days. He was not charged, he says, with any animal welfare offence and yet his horses were confiscated pending his completion of the project.

Rintoul believes PAWS was acting on a complaint from somebody with an ax to grind on other property matters involving himself.
Working alone with heavy oak that he cut with his own sawmill, the 56-year-old carpenter admits he was “not highly motivated” to work to deadline. He says he told PAWS officials that he couldn’t build faster because they had taken away the very support animals necessary to keep his spirits high.

Rintoul finished the 20-ft-square-covered feeder. Satisfied by the gazebo-like structure, PAWS unceremoniously dropped off his horses May 4 at a local sale barn for him to pick up. Concerned about the potential spread of equine herpes, he was chagrined to find his animals had been left inside the sale facility, against his express wishes. 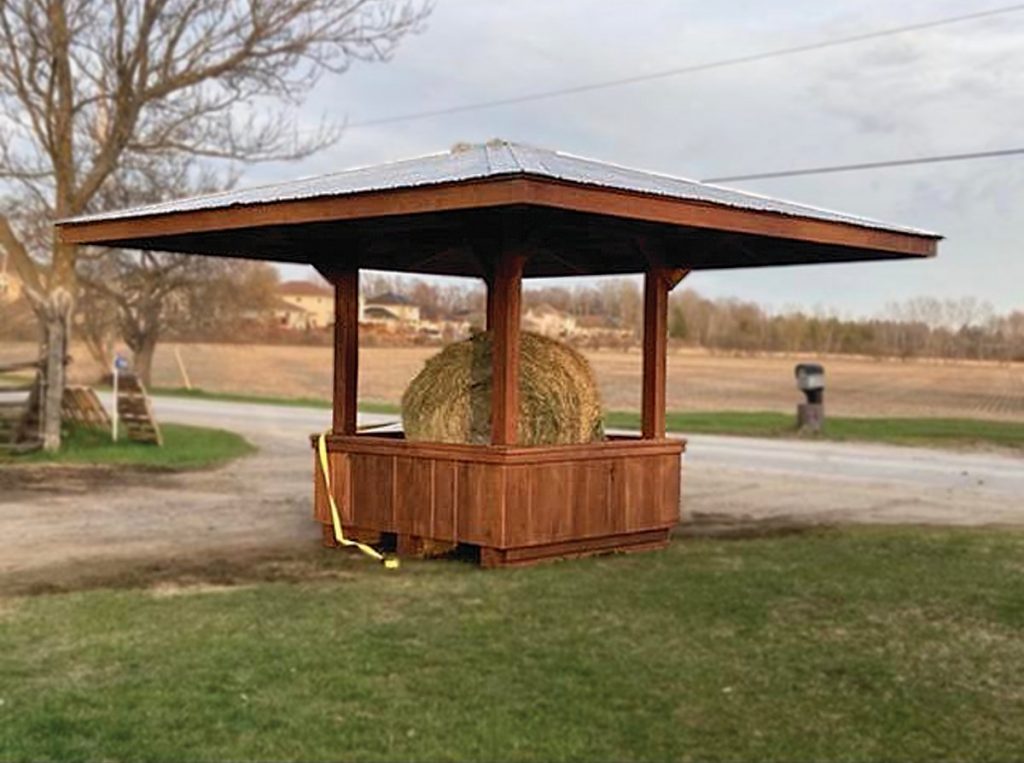 The covered hay feeder built by Kevin Rintoul to satisfy the animal police.

He also discovered his horses were not in the same condition as when he last saw them.

There wasn’t so much as a paper to sign at pickup, “and as soon as I saw the horses, I knew why,” he says. “One of them (the stallion) was definitely emaciated. It was disgusting.”

His vet and farrier also took a look at the horses, “and both of them were appalled at the condition they were in.” He estimates that his stallion, named Johnny Rio, lost about 400 lb. He suggests the foster farm operator should be charged with neglect.

Rintoul says he has always ensured his horses have access to ample hay, as well as free-choice water that is heated in winter. It’s also his practice to feed them grain every day, at a cost of about $500 per month. He’s sure their nutrition fell well short of this in foster care, and he suspects they lacked adequate water by the way they continually went to drink for days upon their return home.

As for not having a roof over their heads (until May), his animals have always been happy to shelter in the typical fashion of a “flight” animal, he says. “If it’s bad weather, you know exactly which way the wind is coming from because the horses are standing in one of a dozen different places with their heads down, and their arses to the wind. They always do.”

His horses often skip the new gazebo and choose to stay out in the rain anyway, adds Rintoul, whose family has lived on Quarry Road for 115 years, and this is their first run in with the animal police.

“I’m just doing what farmers have done for hundreds of years, treating horses like livestock, not like pets,” says Rintoul, who also runs a company that transports show-jumping horses around the continent.

PAWS billed him about $3,700 to transport and keep his horses during the time they were away, he says, though he figures the agency whittled that cost down from what would have been $10,000 to $15,000. He supplied them with a copy of a bank draft, duly collected by an OPP officer at the beginning of May, but says the money has yet to be withdrawn from his bank account.

The agency began making roof demands of him last November, he says.

Kingston-area veterinarian Jeff Sleeth agrees it’s OK for horses to be kept outside with access to windbreaks, a standard “not controversial for 99% of the world.” He says the national equine code lacks clarity by including two definitions of shelter, one with a roof, one without. It’s problematic “to enforce something without clear rules” and without charge, he says, with the fallout of “being made to look like a terrible person, and then we (the public) still don’t know what you (allegedly) did.”

Horses, are susceptible to respiratory diseases and more so when they are kept inside, Sleeth said. “Humans see roofs as important because we don’t like to be wet.”