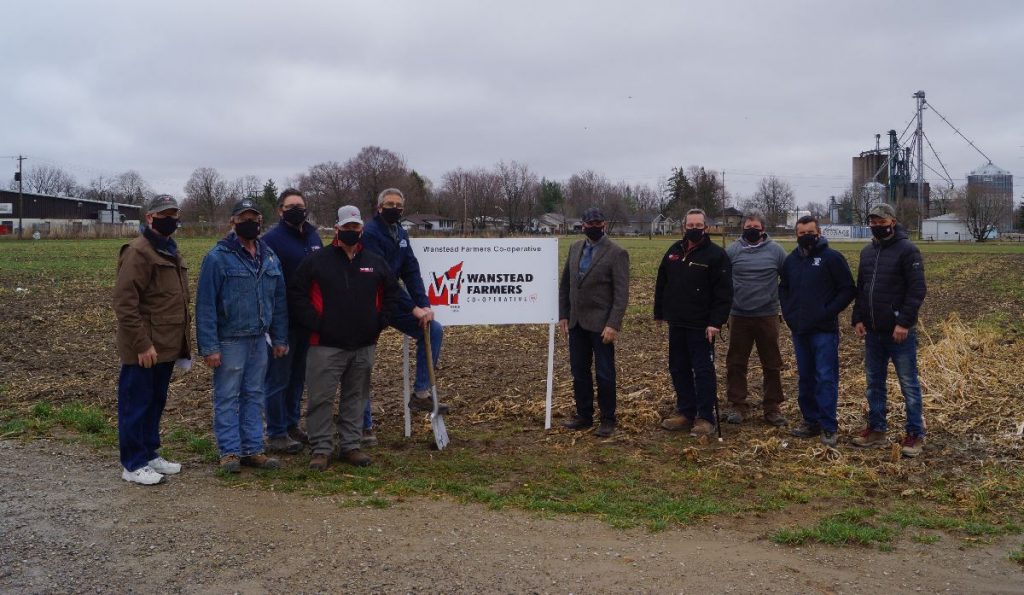 Goertz Farm Systems Ltd. has been selected as contractor on the build that includes a pair of 150,000-bushel dry bins, plus two 45,000-bushel wet bins and a high-efficiency dryer.

“This is about investing in our future by improving our capacity to meet our farmer-owners ever increasing requirements,” Wanstead Farmers’ Co-operative board president Martin Gerrits said. “Our members trust us to deliver quality products and services, this expansion continues our 97-year history of delivering those services through timely improvements, investments and expansions.”

The new project “will almost double our capacity at the Alvinston site,” Kelly said. “The throughput will be much faster,” he added. “We’ve obviously updated, not just put in more of the same.”

Nine-hundred and fifty clients deal annually with the Co-operative for their drying needs, he said, though the “full-service” organization offers much more than that during the cropping season — from seed and fertilizer sales, through custom herbicide application to marketing services for the final crop.

Floyd Howard, senior grain merchandising manager, was also among those on hand for the official groundbreaking and wearing their official Co-operative masks at the socially distanced occasion. Howard looked forward to the increased capabilities for his department and saw strong growth for the co-operative’s membership going forward. Brooke-Alvinston mayor David Ferguson turned out to show his support as well.

The fields of Lambton and Middlesex counties represent the “main core” of the crops handled by the Co-operative, according to Kelly.  Established in 1924 and today owned by 500 member farmers, the operation employs 27 permanent staff across three locations — in Wanstead, Alvinston and Inwood.