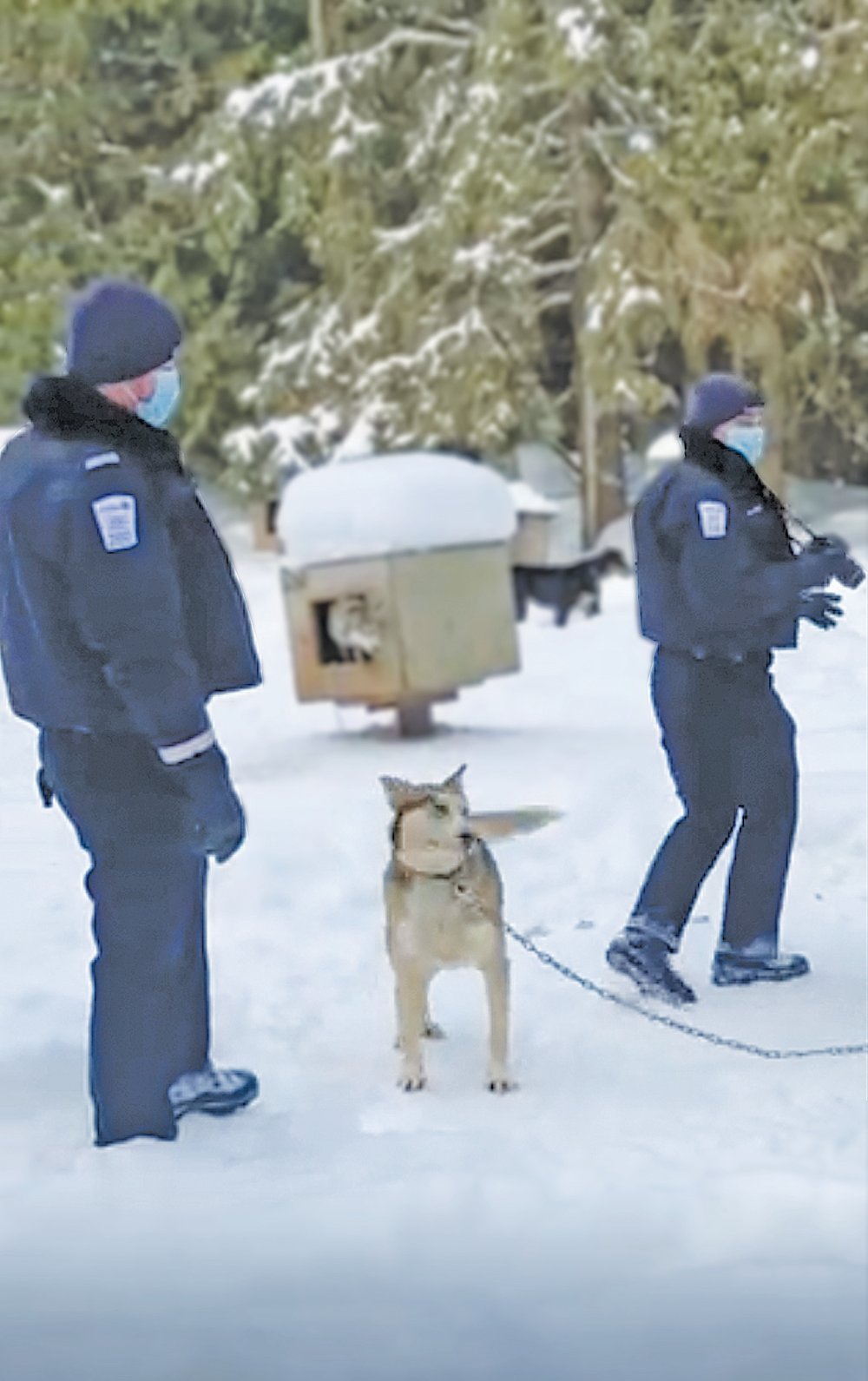 PAWS officers in what one veterinarian says are military-style uniforms with flack jackets.

MIDLAND — An Ontario veterinarian, trained to conduct animal welfare investigations, is highly critical of new laws on outdoor dogs, including a requirement to regularly cut nails and groom the animals.

Dr. Joel Rumney says the new provincial laws, that came into effect on July 1, are too vague or impractical. The new law is an update to Standards of Care for Outdoor Dogs under the Provincial Animal Welfare Services Act.

Rumney, of the North Simcoe Veterinary Services, argues that a PAWS officer has the authority to order an owner to groom or cut an outdoor dog’s nails, based on the animal police officer’s determination. Section 4.1 states only that “The nails of a dog kept outdoors must be checked regularly and groomed as necessary for the health of the dog.”

Rumney was skeptical of anyone being able to cut the nails of an outdoor dog without a fight from the dog. “Good luck with that,” he said.
The new law requires outdoor dogs to have an insulated enclosure but there is no definition of adequate insulation, Rumney says. One foot of snow can be adequate, he says.

The law also requires an outdoor dog to have at least a three-metre long leash or restraining device. But some dogs can reach maximum speed in three metres, “greatly increasing the chance of debilitating neck and spinal injuries caused by whiplash effect.”

But Rumney asks, “How many dogs in this situation would run away and never be seen again?”

But the biggest obstacle for owners in the winter will be staying onside with the new law that requires “unfrozen water in front of the dogs 24 hours-a-day,” he said.

Toronto environmental and municipal lawyer Eric Gillespie, who represents a dog sledding business, has reviewed the new law and agrees that it is impractical that owners must provide water 24 hours a day. “The new law does not appear to have taken into account the realities of dog owners in Ontario or the view of experts,” Gillespie said. In the real world, dog owners recognize that in winter water freezes, so they offer a new bowl of water in the morning when the dog is awake, he said. “No expert anywhere says you need continuous access to water.”

Rumney, who has been an expert witness in court cases and who has dealt with PAWS officers, is also concerned that the animal police – who replaced the Ontario Society for the Prevention of Cruelty to Animals officers – can be “over zealous” in their investigations. “Intimidation and bullying are how one of our clients have described their actions” and Rumney agrees.

He noted that they dress like police officers and wear flack jackets, a type of body armour, and noted that some officers tuck their pants into their boots, army style. Speaking as an animal welfare inspector called to farms, he added that the vets “don’t need protective clothing or police escorts, just good communication skills.”

Two of his clients own dog sledding operations to serve tourists and a city woman complained about the dogs on six-foot leashes at one location, he said. Five inspectors and two police showed up at the site and measured the leashes and checked the dogs’ ears and teeth. “They are just nit-picking,” he said, explaining they ordered vet inspections within 72 hours for issues as small as missing some hair. “They just march in and bully people.”