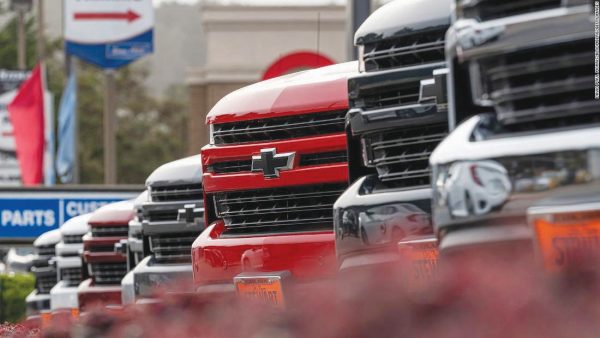 The price of a used pickup truck by mid-2021 was 45 per cent higher than the previous year. You can thank COVID restrictions that hampered new vehicle production and interrupted supplies of new parts.

Things were still so bad, even this past summer, that in the Detroit area dealerships demanded that some buyers pay U.S. $3,000 to $6,000 above the sticker price. While prices are now calming down, it could take years for the used pickup truck price to return to normal, observers say. In fact, the average used vehicle price in September was down 1% in the United States from its May peak, according to Edmunds.com. But on the other hand, higher borrowing costs have made  buying more difficult.

The Canadian experience is harder to follow because Statistics Canada began tracking prices for used cars and trucks last May. But the Globe and Mail reports that used vehicle prices in Canada were up only 5 per cent in September over the previous year.

Prices on new and used vehicles in the United States were still recently 30% to 50% above where they were when the pandemic erupted. The average used auto cost nearly U.S.  $31,000 last month.

CarMax said it sold nearly 15,000 fewer vehicles last quarter than it had a year earlier. The CEO of the used-vehicle company, based in Richmond, Virginia, pointed to inflation, higher borrowing rates and diminished consumer confidence.

At AutoNation, the largest U.S. dealership chain, sales of used vehicles and profit-per-vehicle both dropped last quarter and used-auto prices are declining.

John Lawler, Ford’s chief financial officer, noted in early November that near-record new-vehicle prices were also starting to decline and if the economy weakens next year, consumers will become more concerned about their financial situation and cut back on how much they can afford in monthly payments.

While that means lower prices, the big automakers are still benefitting from a slower production cycle, which typically means higher prices.