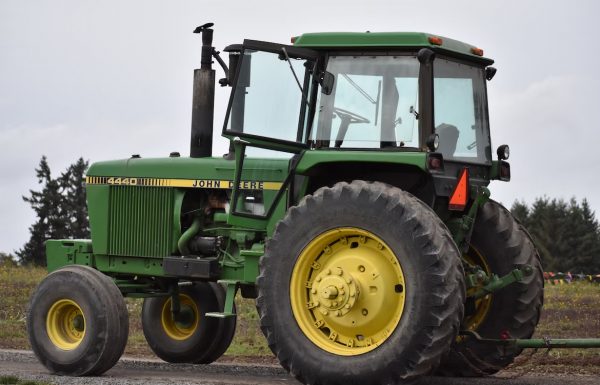 Prices have increased by at least 20 per cent

CORNWALL — Dairy farmer Angela Dorie owns a John Deere 6200 and for two months was looking to buy another one. She found a second used John Deere tractor that was first listed on a Friday afternoon. So, she called the dealership Monday morning to discover she was too late. The four-wheel drive model with a loader had been sold 45 minutes earlier for about $33,500. So, she’s still looking.

Dorie said that she was told that the same model John Deere in her yard that she paid $25,000 for five years ago would fetch $35,000 today.

In the spring she found a discbine she wanted and phoned a Kingston dealership to hold it for her when it arrived from the farm. But the discbine never arrived. The day after her phone call, another buyer drove straight to the farm, paid for it and hauled it off.

In her 41 years in farming, she says it has never been this hard to buy used equipment. “You have to be really on the ball. It’s not like it used to be. You have to be prepared to jump.”

Supply chain issues have been an ongoing concern since governments everywhere locked down their economies.

Peter Chase, at Peter Chase Enterprises at Seeley’s Bay, said that this year used tractors are extremely popular, sell quickly, and have jumped in price from last year by at least 20 per cent. “Good used stuff is hard to find and goes really fast,” he said.