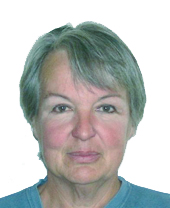 “Heading to bed,” he said. Then with a wicked grin, added, “Hope you two sleep well tonight!” As if on cue, the heifer in the yearling paddock started another round of high-pitched bawling. Our bedroom window faces the paddock, several hundred feet away. She had been at it, on and off, all day, so it would be a long night, and too hot to put one’s head under the pillow to block the sound of a lovesick young Jersey! We glanced at each other, grinning, and recalling another very vocal heifer many years ago.

Our previous farm was only 20 acres, so we relied on rented land a couple of concessions over. We had put eight or so young animals on pasture in a field along the road with a small bush and a spring fed pond. Hay came off the south fields. A few weeks later, the phone rang and a woman asked if we had cows pastured on the Fourth. This was back when roads were numbered and made sense. The Fourth Concession was between the Third and the Fifth and no one got lost. Now, with names reminiscent of housing developments, one needs Google to find them. Anyway, I told her we did and she replied, “Well, something is wrong. You had better check them.” Click.

Husband was elsewhere, so I loaded the kids into the car and drove two roads over. All the heifers were near the fence, grazing. Nothing seemed amiss. No cuts, swellings or lameness and, most important, no missing animals. We piled back in the car and drove home.

“You didn’t check your animals yet? Something is wrong with them.”

I said I had checked and all was okay but she insisted it wasn’t. “They must be needing water.” she insisted, “I don’t see a tank.” I told her they had a pond. “It must be dry! Check it.” Click.

So, the kids and I got back in the car, drove two roads over, unlocked the gate and followed the well-worn cow path down the hill to the pond, kids running ahead and heifers tagging behind. The pond was full and none of the heifers were thirsty. Mission accomplished, we trudged back up the hill, locked the gate and returned home.

A while later, same woman. “Something is still wrong with your animals!”

I told her we had checked the pond and there was nothing wrong with any of the animals. “Well,” she complained, “if you’re not going to do something we’ll call the Humane Society!” Click.

Great! No farmer, even going back about 20 years, wants the Ontario Society for the Prevention of Cruelty to Animals (OSPCA) involved, so the kids went back in the car and we returned to the heifers. This time we were met by a mournful mooing — one heifer was definitely in heat and letting it be known to all bulls in the area. Hormones coursing through her veins, she was loud and frequent. She had just been quiet when we visited before.

Back home, I waited for the inevitable call and sure enough it came. “Did you check them? There is still something wrong!”

I explained the nature of some cows, how they bawl loudly when the mood hits. Her reply? “Yes, they are crying! Something must be wrong!”

“No, not crying, bawling, as in mooing, loudly and frequently.”

“I don’t care what you call it. They are not happy. Fix it or I call the SPCA!”

How do you explain, politely, to an obvious city person that it is just one heifer and what she is calling for? I didn’t even attempt, instead telling her there was nothing I could do and hung up, but praying that someone at the OSPCA was more cow savvy than she was. Admittedly, I wasn’t very hopeful, but figured if worse came to worse our vet could explain.

When Marcel arrived home and heard the day’s events, we hooked on the stock trailer and brought all the heifers home. They weren’t old enough to be bred so it wasn’t worth the hassle of having a summer of calls and threats. At least at home on the Second, where, back then, the dairy farms outnumbered non-farmers, we didn’t have to worry about complaints about lovesick heifers!