U of G project to breed cattle for lower methane 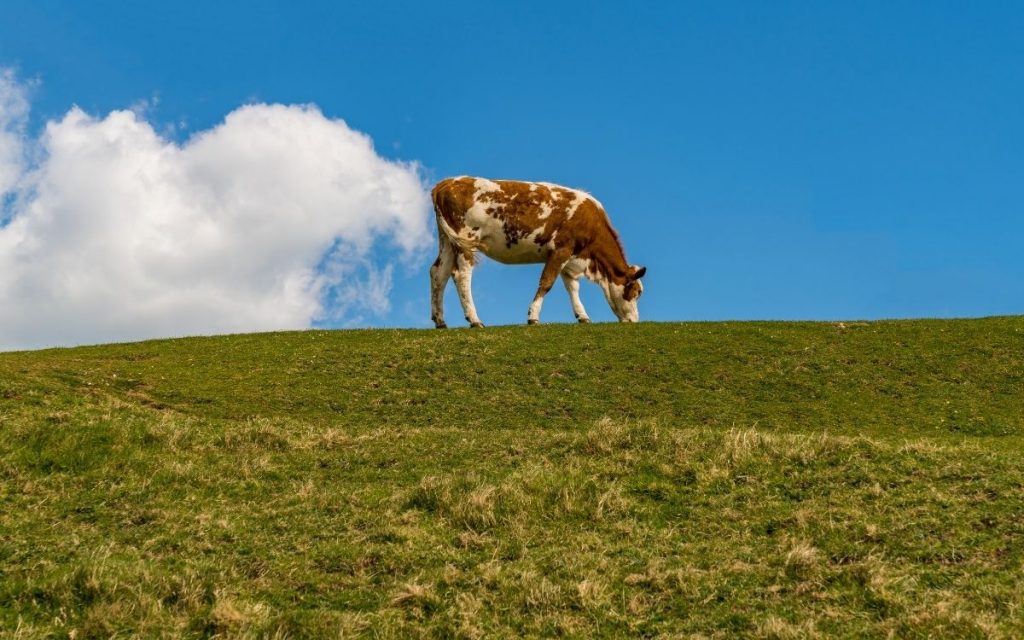 Cows are inadvertently contributing to climate change every time they digest their feed, since it ferments in the rumen and produces methane gas, critics say. Researchers at the University of Guelph are now leading a project to breed dairy cattle with a lower methane output.

The Resilient Dairy Genome Project aims to increase the dairy industry’s sustainability by using genomics and genetics tools to breed cattle so they process feed more efficiently, as almost one-third of a cow’s feed efficiency is determined by its genes.

Genomics are being selected for breeding cows that are more resource efficient in that they eat less but still produce the same quantity of milk, and remain just as fertile and healthy. This way, the cattle would produce less methane per day.

Dr. Christine Baes, an animal biosciences professor at the University of Guelph’s Ontario Agricultural College, is head of the project that began in 2020. She is working with three more professors at other Canadian universities, as well as organizations like the Dairy Farmers of Canada, Lactanet, and OMAFRA. The project is being funded by Genome Canada.

The research team will also incorporate other genetic traits like disease susceptibility and tolerance to heat stress to increase cattle health and resilience.

The project contributes to the global methane reduction pledge, endorsed at the 2021 United Nations climate change conference in November in Glasgow. As many as 104 countries, including Canada, promised to cut their methane emissions by 30 per cent by 2030.

Biogenic methane—different from fossil methane—is part of a natural cycle of plants absorbing CO2 to produce carbohydrates like cellulose in ruminant feed, which cows consume, then belch out methane. The gas takes over a decade to change back into CO2 to be reabsorbed by plants. Decreasing the methane that cows emit can contribute to a net cooling effect, Baes said.

In an earlier project, researchers at U of G and their partners developed a genetic evaluation system for feed efficiency called the Efficient Dairy Genome Project. The evaluation system was implemented by Lactanet Canada last spring for Canada’s dairy cow breeders.