Tractor repair shop goes up in flames on Boxing Day 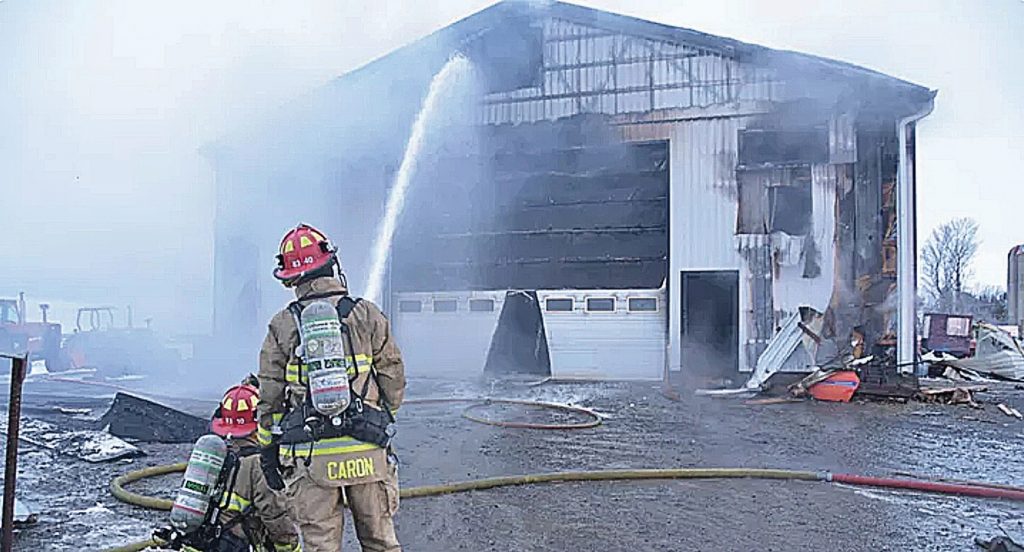 A family member thought she saw snow whisping off the roof. A closer inspection was alarming.

VERNON — Skuce Repairs is running again after a devastating Boxing Day fire heavily damaged the mom-and-pop operation that has been fixing tractors and farm machinery for over a generation.

Co-founder Linda Skuce says the company’s five employees returned to work Jan. 5, temporarily shifting operations inside her home garage and a converted machine shed at the Vernon-area property, south of urban Ottawa, while insurance determined next steps for the burned-out main shop.

Contributing to that quick turnaround was the help of friends and neighbours.

“You wouldn’t believe the support. I’m telling you, it’s just been amazing, mind-boggling,” said Skuce. Beyond those who have dropped by with donations of cash and food, she highlighted one particular day when 33 people turned out to help clean out office paperwork and those stocks and supplies that sustained only smoke and water damage.

Skuce said her sister noticed what looked like snow blowing off the shop roof shortly before 2 p.m. on Dec. 26 — only it was smoke, not snow. Neighbours and a passing off-duty Ottawa firefighter were already in the yard as Skuce hurried outside for a closer look, preceding the arrival of firetrucks that stayed on scene for hours.

Believed to be electrical in nature, the fire involved the main 50ft.-by 70-ft. shop area of the building. The rafters collapsed in the blaze, she said. A 30-ft front section housing the office fared better.

The owner had no idea of the cost of the damages but expected a Jan. 5 visit from an insurance representative to assess the structure as well as a number of customer tractors and other pieces of equipment buried beneath the trusses.

Skuce started the business in 1988 with her late husband, Ab, an equipment mechanic who lost his job when a nearby dealership closed down. Building up a clientele from all over the region, they built the current shop in 1995, three years before Ab died of a sudden heart attack. Today, the business also involves sons Ron and Barry, and a grandson, Aaron.

As of Jan. 4, an online Gofundme campaign set up by niece Brenda Deugo had raised $59,735 toward a $100,000 goal. Deugo explained that the money will help cover any insurance shortfall and loss of income resulting from this latest adversity to hit the family. She’s been “shocked” at how quickly the sum has run up after its Dec. 27 launch.

On Facebook, Cheryl A. Cooper offered unique testimony on the Skuce operation by recounting how her husband, Hugh, once underwent major neck surgery and was placed in a metal halo for 69 days. “When he needed the bolts tightened, he went to none other than Skuce Repairs for the right tool,” she posted Dec. 28, adding, “Today he broke a chain in the grinder-mixer. Normally, even on a stat holiday, the farmer could head to Skuce Repairs for a new one…. this business is vital to the ever-changing needs of our farming community south of Metcalfe.”