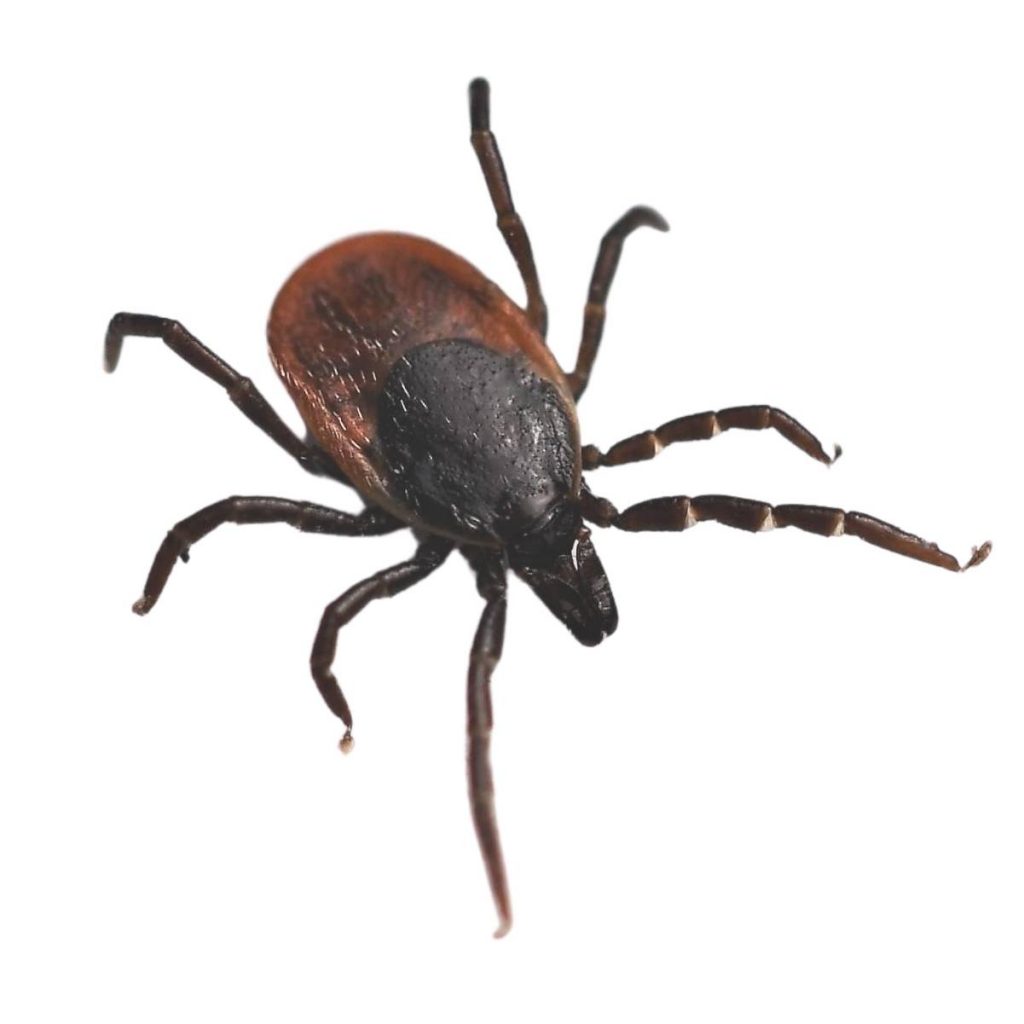 Transported by birds, this class of arachnid has not expanded its reach in Southwestern Ontario

SOUTHWESTERN ONTARIO — The good news is that the black-legged tick has not expanded its reach into Southwestern Ontario, according to the latest data released by Public Health Ontario.

The bad news, however, is that the agency emphasizes the “possibility of encountering an infective black-legged tick almost anywhere in Ontario” because the blood-sucking species also feeds upon birds, which may drop them anywhere.

Based on annual sampling conducted in 2020, this year’s risk map again includes a swath of territory around the west end of Lake Ontario. This year’s risk map includes one new area in the north end of Peterborough County after at least one tick was reported in the area. Estimated risk areas are calculated as a 20 km radius from the centre of a location where at least one black-legged tick was found through drag sampling between May and October.

Annual sampling conducted last season turned up ticks in the same hot zones as in 2019, with the addition of a spot northeast of the town of Peterborough.

Black-legged ticks become active as daytime temperatures rise above 4°C. If bitten by the species, you may be at risk of getting Lyme disease, which is caused by a bacteria.

While most tick bites are harmless, contracting Lyme disease can be extremely serious, if untreated, and can attack the heart and nervous system. Ontario health units offer a number of precautions to reduce the risk:

Tick specimens are not used for diagnosis of disease so they are no longer accepted at Ontario health units. 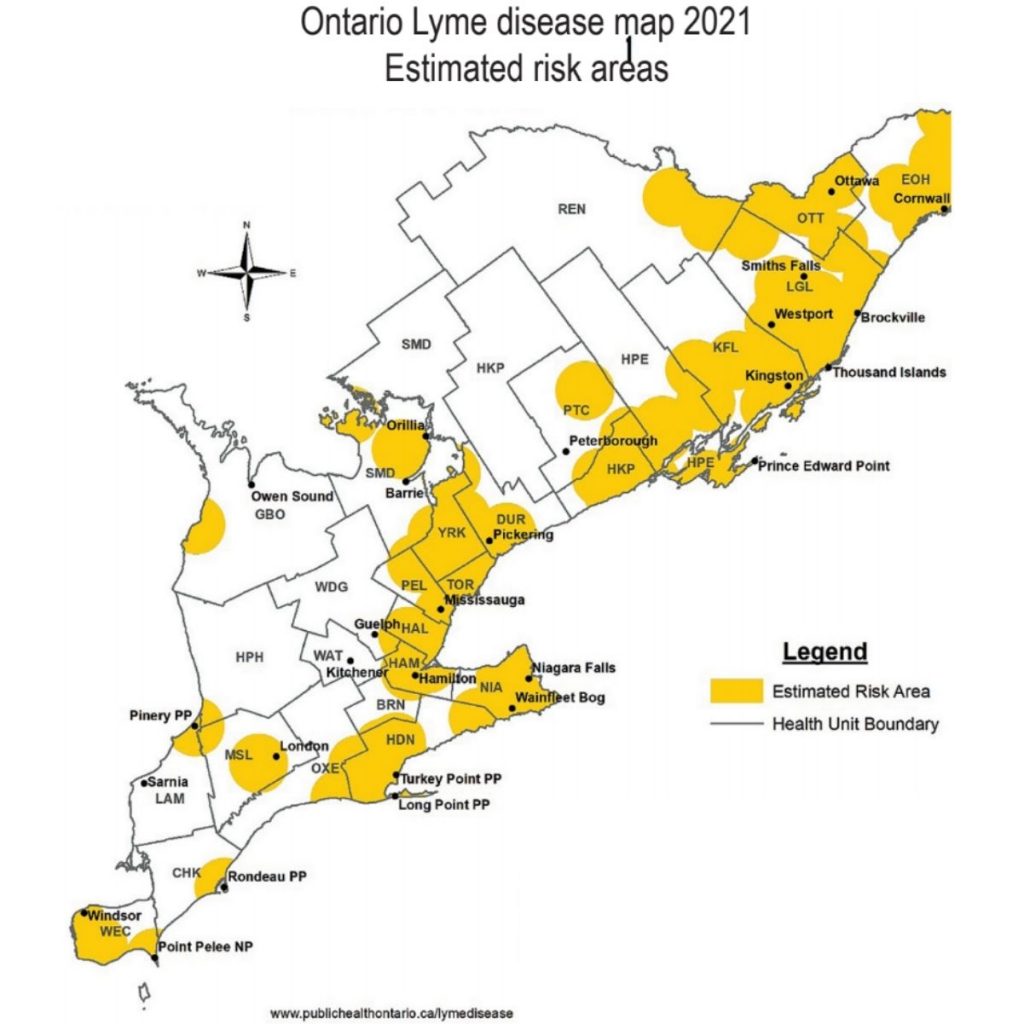