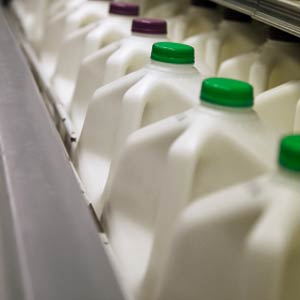 Canada can compete in dairy globally, but it certainly won’t be easy. In light of the mega-transpacific partnership trade deal, many wonder whether our dairies can actually pull it off over the long term. More market access for foreign-based milk products means Canadian consumers will increasingly have choices. But most importantly, dairies will need to acquire an acute knack for recognizing opportunities abroad and capitalize on them, something they have never done before. Milk, of all commodities, is a tricky one. The average cow produces up to 30 litres per day, and as a result, the logistics, branding and distribution efforts need to be seamlessly synchronized.

Canada has a few very cases where industries have clearly embraced the global marketing challenge over the years. The wine industry in Canada, despite our domestic differences and strict regulatory framework, has done quite well with trades over the last few decades. Competition in wines globally is unmerciful. Despite the fact that American wines have not been subject to import tariffs for several years as a result of the implementation of the Canada-U.S. free trade agreement, our wine industry is still thriving. Amongst major players in wine like the United States, France, Italy, Chile and Australia, the Canadian wine industry has become an internationally recognized producer in wines, fostering excellence while garnering an impressive list of major awards on all continents. With rising systemic threats, the wine industry sought out better technologies while maintaining good practices and centering on quality. The industry committed to what it does best, low-to-medium-priced table wines, mid-to-premium-priced branded wines and of course, ice wines. Vertical and horizontal integration, and higher production capacity now play a significant role in the industry’s persistence, doing it all almost without any subsidies. Even though it is always risky to make commodity-based comparisons, some valuable lessons in wine can be conceptually juxtaposed to what our dairy sector is about to face over the next few decades with more market access.

In dairy, not-so-great case studies are easy to find when making a paradigmatic shift from supply-focused to outward-looking management. Parts of Europe, such as France and the U.K., are reeling right now with the reality of ending its dairy quota system after a 13-year transition period. Opportunities to reconfigure dairy were clearly missed. When looking at competitiveness, difficult decisions are warranted. Some farmers just cannot and will not compete, full stop. With the diverse nature of our domestic market, hobby farms with fewer cows will always have a place in our economy, but a broader, more aggressive model cannot afford to financially support many of them, especially in Canada. Provisions ought to be made to encourage some to exit.

In processing, farmer-owned cooperatives Agropur and dairy giant Saputo, two companies that appeared to have hedged against the future supply management of late by investing internationally, now are poised to better support farmers in an open market. More innovation like we have seen with the Dairy Farmers of America who have just released a milk-based energy drink, with no caffeine, is likely to be leveraged by lower input costs. Dairy processing will likely gain from more market access which will eventually help Canadian farmers. Since consumers are increasingly concerned about where their food is coming from and that Canadian milk has currency in our country, processors will think twice before switching suppliers.

But to compete, dairies will need to think globally as well. New Zealand has an interesting model with its private marketing board, a dairy co-operative called Fonterra. Such an approach has made the country the largest dairy trading nation in the world, and has become the envy of many. With abrupt milk price fluctuations, Fonterra has had of course its highs and lows, but mostly highs.

But New Zealand is not Canada in any stretch. Our climate and geographical disposition against the U.S. puts our dairy sector in a much weaker position. Additionally, unlike New Zealand Canada is not even close to emerging markets like China, Indonesia and Malaysia. The fact that New Zealand now has its first trade deal with Canada under TPP is certainly not a problem for Canadian dairies. Many possibilities are now logistically within grasp for butter fat, milk powder and specialized products. Partnerships are desirable for the future, including international alliances. World-class processors in dairy and other sectors would be attracted to Canada for its ability to make unique, world-class milk. A solid campaign abroad is needed though.

Since its inception more than 40 years ago, supply management has offered an interesting legacy. On the one hand, we have a crop of professional and resourceful producers who run efficient operations throughout the country. However, Canadian dairy farms are not as productive as their counterparts abroad, far from it. In fact, according to a recent German-based study, after Switzerland, Canada’s average cost for milk production is the highest in the industrialized world. Costs in Canada to make 100kg of milk is $US 72 versus $US 35 in the United States. This is likely Canadian dairy’s biggest challenge. The gap needs to be narrowed and the only way to achieve higher levels of productivity is through economies of scale. Since we are just north of a Farm Bill-happy dairy sector, building competitiveness will be key to moving forward.

Like the wine industry decades ago, dairy farmers have their share of cynical parties. They can compete, they just need to embrace the opportunity.