BREAKING NEWS
00:13
Home News Featured News The worst thing about the neonic ban is the province sees how easily it can ban something else 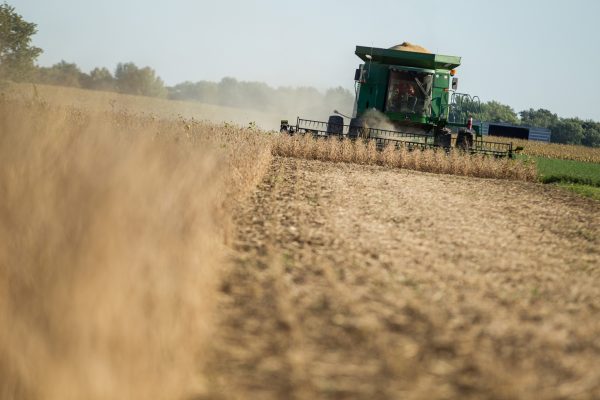 It’s over. Farmers lost the battle to use neonicotinoid-treated corn and soybean seeds. We’re just going to have to work with the ban and around it.

We’ll likely end up using chemicals that are a lot worse, that kill aphids but also butterflies, ladybugs, bees and everything else. So, while Ontario Premier Kathleen Wynne is a hero with the Sierra Club for saving the bees, what she’s done is worse for the environment. But that’s how this government operates. It’s all about appearances. Drop a hornet’s nest at Queen’s Park and see how quickly they pull out the Raid.

The sad thing about the battle over neonics is that the Grain Farmers of Ontario (GFO) just didn’t have any fight. We could have stood up to the premier and said “no.” We could have forced a showdown. We could have blocked traffic and the door to her office. It would have made for great TV news. If we had been creative and stuck to our guns and dared her to arrest a hard-working farmer that feeds her city, she would have caved. I know that farmers are about one per cent of the population and she couldn’t care less about farming and rural Ontario. But she cares about her image and that’s why a strong protest would have dictated the agenda on the nightly news and given her reason to blink.

If we make noise, some farmers will say, “what if Wynne does this or that?” Well, I’ve been involved in many demonstrations. We even broke the law and the police were standing right there. Sometimes you have to break some plates to get attention. But if you stop to worry about “what if,” you’ll never get anything done. You deal with the “what ifs” when they happen. As for police, we learned early that they don’t like bad press either. They don’t want to arrest anyone. We’re also not drug dealers. We’re hard-working Canadians. So, the police had the same story at every one of our demonstrations and tractor rallies: “We’re just here to keep the peace.”

You can win even if the fight is over Bambi, the one animal dear to people’s hearts. We were a small group of farmers that started the Lanark Landowners Association, which later morphed into the Ontario Landowners Association, and we dumped hay bales in front of the Ministry of Natural Resources office in Kemptville and closed their offices for a day. We wanted hunting permits to shoot the deer in our cornfields. The news media took our side. Now any farmer can get a permit whereas before it was impossible. If we can beat Bambi, we can sure as blazes beat the premier over bees. No one wants bees in their yard.

But the GFO protest against the neonic ban amounted to two embarrassing demonstrations in front of two MPP offices where fewer than 50 farmers showed up and GFO staff were afraid to put up a banner. But there were 50 farmers willing to table a resolution at the annual GFO meeting last month to pull out of the Ontario Federation of Agriculture (OFA) because the OFA didn’t work hard enough to help us. So, now the premier is laughing at us because we’re fighting amongst ourselves.

We knew the OFA wasn’t going to fight for us as resolutions had been passed every year for years asking the province for compensation for wildlife damage. They were working on that file for 20 years. They’re probably still working on it. But when a small group of about 35 farmers showed up for what we thought was an illegal demonstration with a load of hay, we got what we wanted in about two days. Since then, I get permits to shoot deer when I need them and I’ve doubled production on some of my cropland.

With the OFA, it’s worse than getting nothing because they sometimes work against you by siding with the government. The province appointed OFA president Don McCabe to a carbon credit committee where it only hears one side of the story. A government-approved speaker comes in and tells everyone how human activity is causing global warming and everyone nods his head.

Without strong leadership, brace yourself for another ban. The province has talked about banning phosphorous from waterways. They might just do it. That means cutting out fertilizers. That’s a bigger issue than neonics.

The only way to stop it is to push back. We’ll see who among the grassroots will have the courage.