THE SWITCH: Peterborough farm family winners move from beef to vegetables and love it 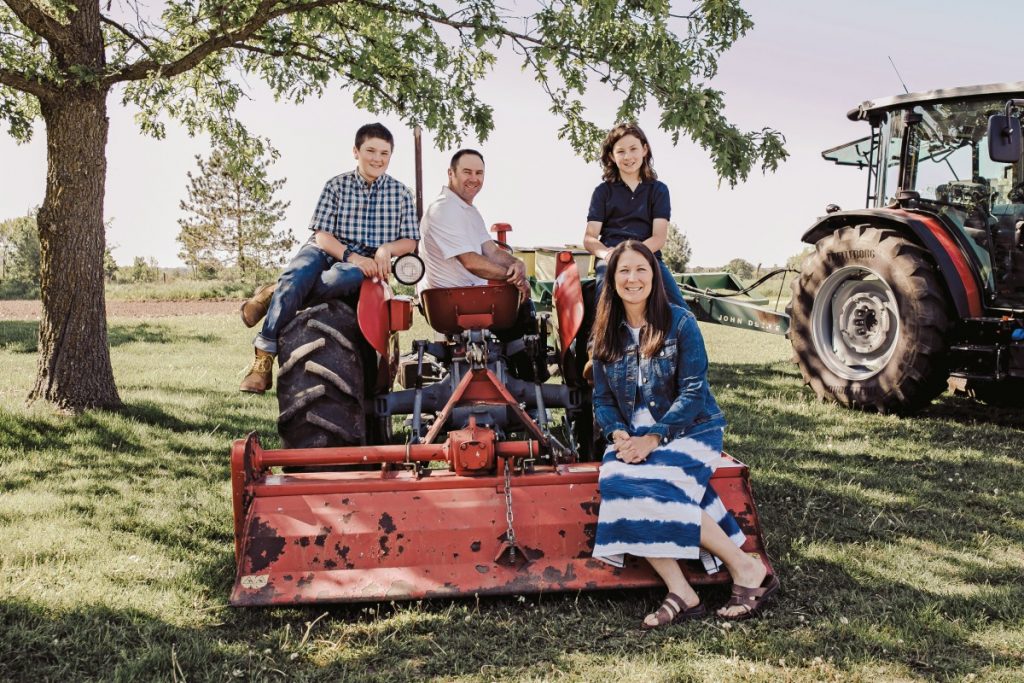 INDIAN RIVER — Kevin Cornish and wife Janet Dawson started their vegetable business with just two acres of sweet corn and a serve-yourself farm stand at the end of their driveway.

Cornish recalls that a friend suggested they get into sweet corn after he and Dawson acquired the former beef farm from her retiring parents in 2010. The couple already had off-farm jobs; he taught at Sir Sandford Fleming College and she worked in public health.

“We knew we weren’t going to be a conventional cattle farm,” Cornish says, quipping, “Sheer craziness got us into the vegetables.”

They gradually grew the operation to 12 acres of sweet corn, 8 acres of pumpkins and 2 acres of other vegetables, including 15,000 garlic bulbs. A decade later, it was the arrival of the pandemic that kicked Indian River Acres into a higher gear. A significant part of their growth occurred during the pandemic.

“We’ve kind of exploded,” he says of the operation, Indian River Acres, recently recognized as Peterborough Farm Family of the Year by their local chamber of commerce and federation of agriculture.

He estimates that revenues rose 25 to 30 per cent during the pandemic, momentum that has continued.

It wasn’t until the lockdown hit in April 2020 that the family had the gumption to hire their first employees, two local high schoolers. The new hires were key and coincided with increased interest from local shoppers eager to visit the few places they could still legally get in to.

Cornish himself suddenly had more time to plow into farm operations after being laid off by the college at the start of the pandemic. (He teaches farm equipment maintenance and agricultural accounting in the sustainable agriculture program.)

The family launched an online store offering curbside pickup and were surprised to land 15 orders that first day. The new service and online presence gained them attention beyond their usual local client base. “We picked up a lot of cottagers from the Toronto area,” Cornish says.

He says the farm is also known for its garlic scapes — sold at a local grocery store — as well as its pie pumpkins and fall decor retail items. They also offer free-range eggs from 99 laying hens to customers who sign up for weekly egg pickup.

In its farming practices, the operation is known for a couple of innovations: Cornish rejigged an old four-row John Deere seeder to plant pumpkin seeds instead. They also grow cover crops and plant their pumpkins into a cover crop of cereal rye as part of their sustainable agriculture philosophy.

Their biggest challenge through the years has been juggling the workload of running a burgeoning vegetable farm while holding off-farm jobs, he says. So why do they do it?

“That is a question we ask ourselves constantly because it is a pile of work,” he says, half chuckling. Often during production season, they get only three or four hours sleep per night, he adds.

But farming has proven appeal to sons Liam and Lucas, now 11 and 14. The youngsters added their own successful sideline three years ago, growing and selling fresh-cut flowers. They seed and harvest several flower varieties on a quarter-acre plot, and assemble and sell mixed bouquets.

Their father happily expresses confidence the boys will continue as farmers into adulthood. “There’s no doubt the farm will stay in the family for another generation,” Cornish predicts.

During the farm family of the year awards ceremony, Janet Dawson remarked: “Farming is hard like all small business, but when you see your kids benefiting and growing, and you see the genuine appreciation your community has for the produce you grow, it’s just an amazing experience, and we love it.

“Liam and Lucas, I don’t know many kids that would do what you do, but thank you for everything you do and showing up everyday, and contributing to the success of our operation.”