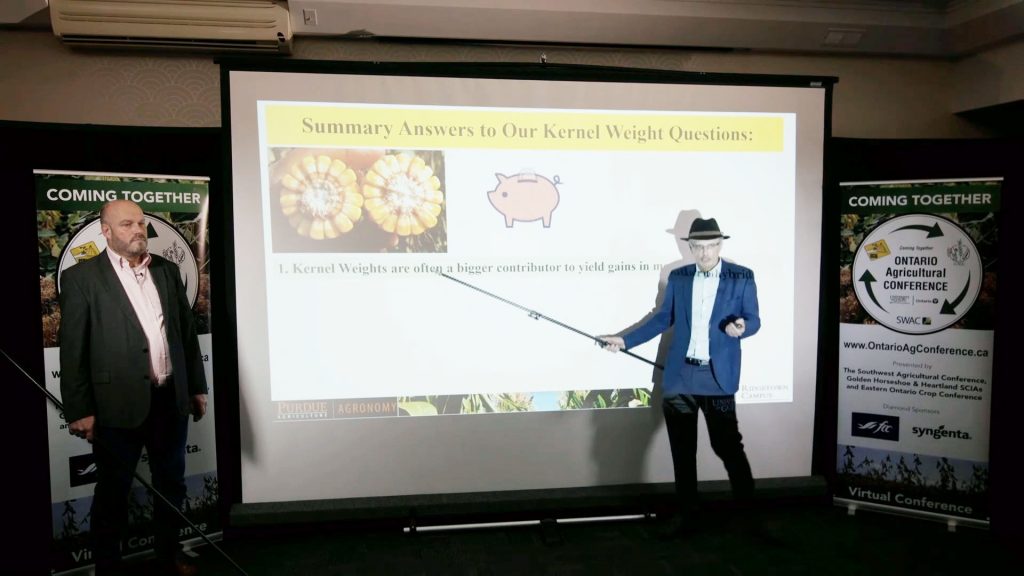 Purdue University’s Dr. Tony Vyn and the University of Guelph’s Dr. David Hooker say that both aspects are crucial to yield, but increased kernel weight is what bumps up yield.

“Kernel weight is everything … but it isn’t everything, we need high kernel number as well,” Hooker observed during the recent Ontario Agricultural Conference.

The fact is, however, that most corn yield gains over the past 60 years have come from increases in kernel weight, rather than number of kernels. Indiana-based Vyn presented data demonstrating that Dekalb hybrids picked up just one kernel per plant per year between 1967 and 2005 and yet yields grew by 1.6 bu/ac per year over the same period. 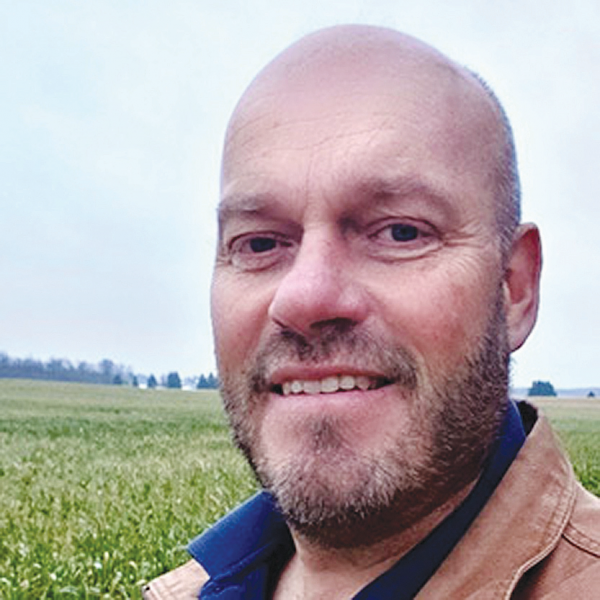 Dr. David Hooker, University of Guelph, believes both kernel weight and kernel number are important, but most increases in yields over the last 60 years have come from increases weight.

He suggested producers manage for high kernel weights through adequate application of fertilizers (especially nitrogen), use of fungicides to keep the leaves functioning and healthy as long as possible, and proper hybrid selection. Producers would also do well to avoid planting their fields at densities that are too high, to maintain the proper balance between kernel number and kernel weight.

But Hooker also emphasized the importance of crop rotation on corn yields, including the benefits of a rotation with winter wheat.
Last year, Ontario corn growers enjoyed higher yields than their Indiana counterparts, a fact acknowledged by both presenters with good humour.