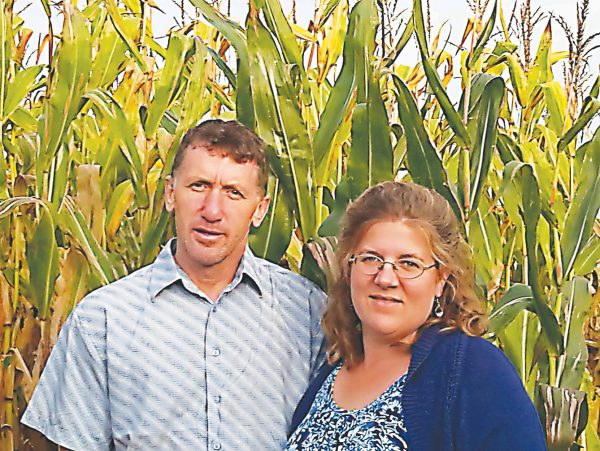 WATERLOO — Building a corn maze can be a financial boon for some farmers but the amount of labour involved can be a huge deterrent.

The attractions are becoming so popular — there are more than 75 on-farm corn mazes in Ontario — there are now U.S. companies which will design and build your corn maze, usually with a pattern that creates an image when viewed from the sky. The Maize, a U.S. company that will design and cut a maze for you, charges a minimum of $5,000 for a maze, plus six per cent of the maze’s gross revenue.

Ingrid Dieleman, who runs Imaze in Thamesville near Chatham-Kent with her husband, Ken, said if she knew the amount of work involved for the return, she never would have started.

The Dielemans, who cash crop 50 acres, started a 10-acre corn maze in the late 1990s after reading an article about youth groups who visit corn mazes. The two were youth leaders, and were looking for fun things to do for their group. After a few years researching, their maze opened in 2001.

The cost to attend their corn maze is $10 per person and they say if they get 5,000 customers in a season, they are doing well.

Lori and Murrel Brubacher of Waterloo Corn Maze, got into the maze business six years ago as a secondary source of income. Lori estimated the maze, open for only nine weekends per year, brings in enough money to let her be a stay-at-home mom. “It is a significant stream of income for the investment that it takes of our time and efforts,” she said.

There is no standard to creating a maze. Farmers Forum spoke with six maze operators and they all build mazes differently. The Brubachers create a 12- to 15- acre maze each year by free-cutting near the end of June, when corn is about a foot high. Murrel cuts it with a riding lawnmower, and will follow afterwards with a tiller.

By not worrying about having lines and corners perfect, the couple can create the maze in a few hours. They’ll spend the weeks before the maze opens installing posts, setting up the scavenger hunt games, and spraying for weeds.

For Guelph-based Strom’s Farms and Bakery, public pressure led to a corn maze addition to their sweet corn and pumpkin farm.

They started a 2.5-acre maze in 2002, which has since increased to six acres. Strom estimated about 11,000 people visit the maze annually. The farm uses a corn seed that is meant for the southern U.S., which stays green longer, grows to 14 feet high and has a stronger stalk.

“If you have green corn, people don’t cut through and make their own paths like they do when the corn turns brown,” she said.

Strom creates the design on Excel, and the corn is planted at the end of May. Three weeks later, baseball chalk is used to line the maze, so Strom needs to make sure there is no rain in the forecast or it could be washed away. The farm hires 10 people to hoe the corn down over a day or two. Strom estimates it takes about 200 man hours between designing, planting, chalking and hoeing.

“People seem to be more geared toward paying more for an experience versus a food product,” Strom said. “We started with sweet corn and if we only just sold sweet corn, I don’t know if we’d be in business anymore.”