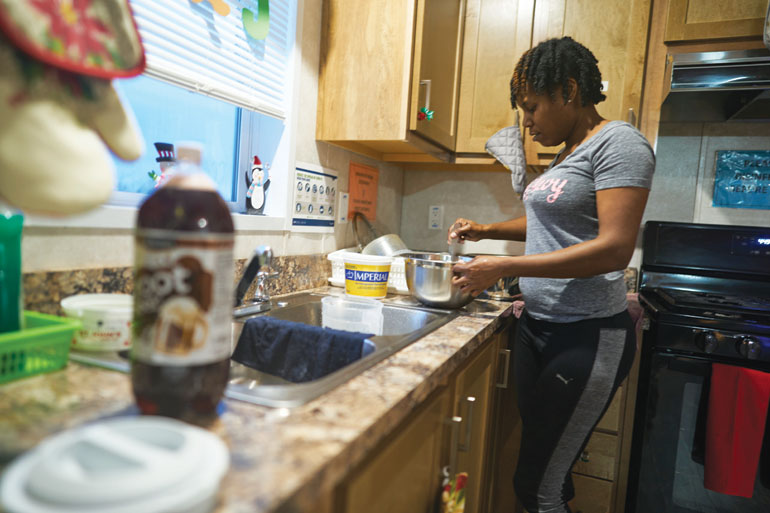 SIMCOE — Their first Canadian winter proved to be a little better than anticipated for about 80 migrant workers stranded at a mixed-crop farm near Simcoe in Norfolk County. By the time they return home they will have been away for about 18 months.

About 100 workers, mainly from Trinidad and Tobago, had to spend their winter at Schuyler Farms because COVID-19 restrictions prevented them from flying back home after the harvest ended last fall. About 20 workers moved in with relatives in the province, but the rest hunkered down at the farm for the winter.

Don Coker, who has worked every season at Schuyler Farms since 2003, said the cold snap in February was a shock and he missed his wife and kids back home. But overall he said the migrants made the best of a tough situation.

“We had our own little community here. We exchanged food and ideas, yeah, it was good,” he said
Coker said the farm has a reliable WiFi connection allowing him to contact his family frequently. Coker said he has already started some of the spring work, pruning the orchards on the farm. But he hopes to get vaccinated soon, allowing him to move about freely in the region and ultimately fly back home.

Brett Schuyler, co-owner of the multi-generation family farm, tried to get his workers an exemption so they could fly back home last fall but could not get a response from the Trinidadian government.
Schuyler said the bunkhouses at the farm are winterized and he did not charge the workers rent.

Schuyler said his workers were able to receive Employment Insurance and he was also able to access provincial programs which helped with costs such as winter clothing and heating.

Schuyler provided some food for the workers but that was supplemented by a huge outpouring of donations from churches and businesses and the Trinidadian-Canadian community, especially at Christmas. Some of the workers also took advantage of their first Canadian winter to try tobogganing and ice skating.

Schuyler said the workers clearly missed their families over the winter but at least they are on site and ready to begin another season of work. He said he is getting calls from frustrated Trinidadians who made it back home but now cannot get permission from their government to return to Canada this season.
Schuyler said farm workers are prioritized in Phase 2 of the vaccination program and that will help the farm return to normal operations.

There was an outbreak of COVID-19 at the Schuyler farm early last November, forcing some workers to isolate in hotel rooms.

“Some of the guys have spent months in hotel rooms quarantining this past year and it takes a toll on people mentally,” said Schuyler.

As spring work begins, Schuyler said that may help alleviate the homesickness but he expects that won’t last. “Some of them are really going to be happy to be going home this fall.”