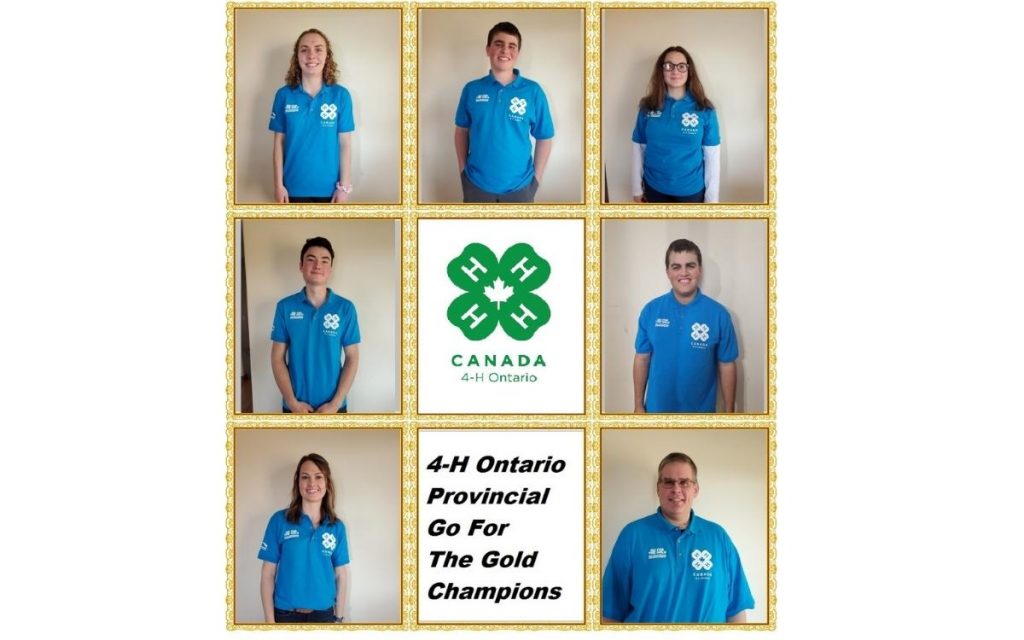 The Stormont County 4-H Association captured first overall in the provincial 4-H organization’s ‘Go For the Gold’ competition. The 2021 edition of the trivia-style game took place virtually Nov. 6 and was sponsored by Ontario Mutuals.

4-H Ontario touts the competition as a means to empower youth as they learn about agriculture, food and community events while building teamwork, communication and leadership skills.

“On game day, the leader board was tight and anticipation high as the team awaited the final scores. When Stormont was announced as the first-place team, our players were overjoyed and excited to share the news with their family and friends,” said McDonald.

It was the second time the Stormont team represented Region 2 at the competition, which would normally be hosted at the Royal Winter Fair in Toronto.

In fifth place was Kawatha Lakes Haliburton, the next highest-placing team from Eastern Ontario.