BREAKING NEWS
02:42
Home News Featured News Back in the day: The Big Cheese

Back in the day: The Big Cheese 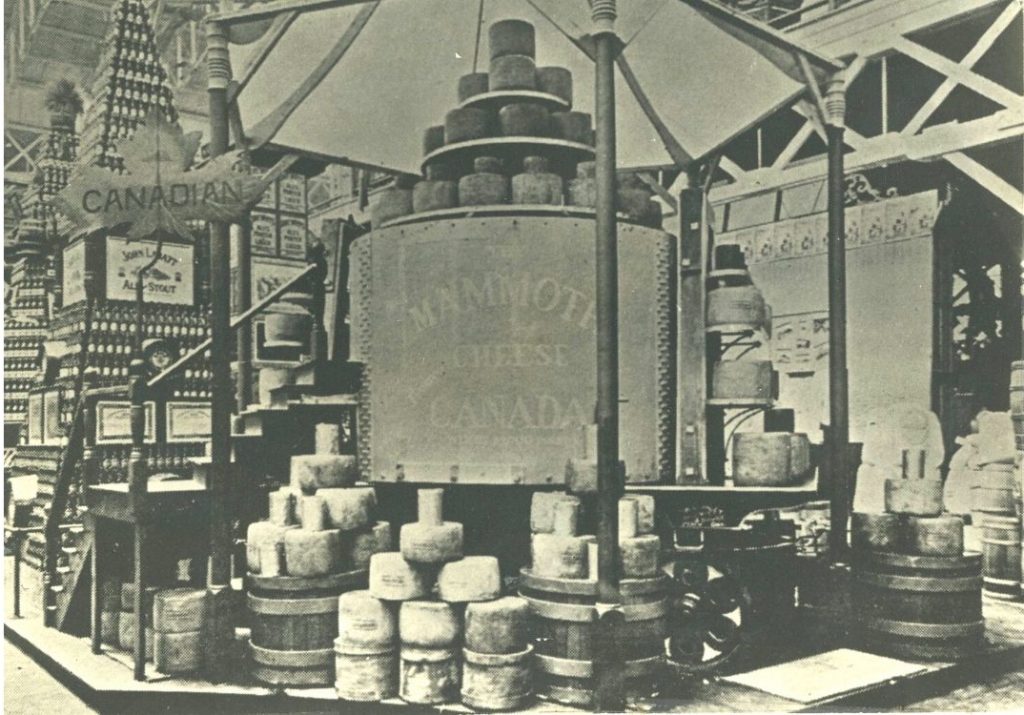 In 1893, 12 Eastern Ontario cheesemakers produced enough curds to prepare a “Mammoth” block of cheese that they sent by rail to the Chicago World’s Fair. The cheesemakers used 207,000 pounds of milk and the final product weighed 26,000 pounds. They reported that they used one day’s milk from 10,000 cows. The block of cheese won the bronze medal at the fair but became famous for destroying a floor. People wanted to see the cheese after it crashed through a wooden floor at the Chicago fair because of its weight. The cheese earned a Grade A and was sold several times until it reached its final buyers, 10 chefs in England.
(Perth Museum photo)