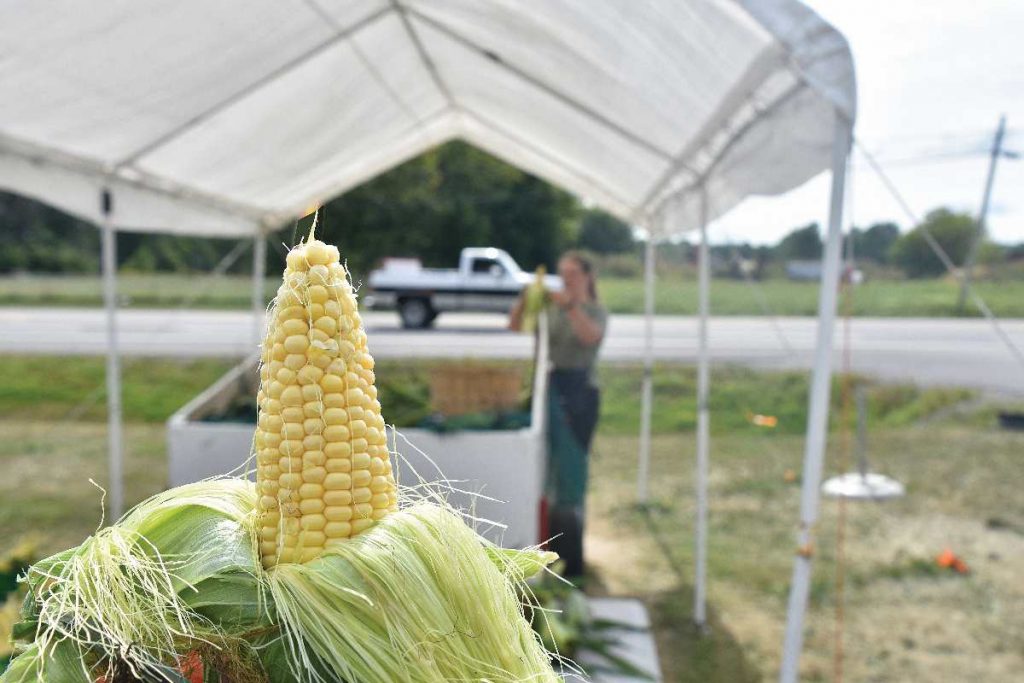 PORT PERRY — “We’ve picked more sweet corn in the first 10 days this year than we did all of last year put together,” said Casey Chessman, a farmhand at Willowtree Farm in Port Perry. The heat and abundance of rain have turned out to be the perfect recipe for sweet corn in Eastern Ontario this season.

Chessman said the end of May frost had damaged the row ends that their covers didn’t quite reach and caused some worry on the farm. But then the warm weather arrived early, the blankets came off, and the corn grew like crazy.

“Everything bounced back better than ever, a million times better than last year,” Chessman said. “Last year the drought made for a poor sweet corn crop, it just didn’t grow because we didn’t get the rain and we don’t have irrigation on the corn. Now it’s the polar opposite. This year we’ve gotten really nice, timely, generous rains and the sweet corn was pretty happy to see it.”

This year the cobs are filled out, super sweet, and great quality. The prosperous season is reflected in their many customers and plenty of positive feedback, stated Chessman.

“With farming, you get what you get and you take it in stride. As long as we don’t get an early frost, we’ll be in good shape,” Chessman said.

Mel Foster, owner of Foster Family Farm in North Gower, says this year’s sweet corn season started about a week earlier than usual for him.

“We had some good weather, it was warm, it wasn’t too cold, and we had enough moisture,” Foster said. “Corn likes heat and it doesn’t really hurt as long as you have enough moisture in the ground.”

Foster also reported a dry spell at the end of May and beginning of June, but by the end of June the rain started pouring down. Since the dryness wasn’t prolonged, it didn’t have an effect on his corn. He said there’s been “almost ideal amounts of rain” since then.

“The cobs are on average a little bit bigger for this time of year,” said Foster. He says his yield has also been greater this year.

Business has been good, just like last year. “We’ve just been running trying to get the stands filled up and operating. Last year was up compared to previous years and that’s the COVID-19 effect, people seem to come out and support local more,” Foster said.

Although impossible to know when it could be, the corn season will end with the first frost. “People say that farming is the ultimate gamble. You have to go with it, whatever it is,” Foster said. “Hopefully it’s going to be a nice fall and we can get a nice long season.”