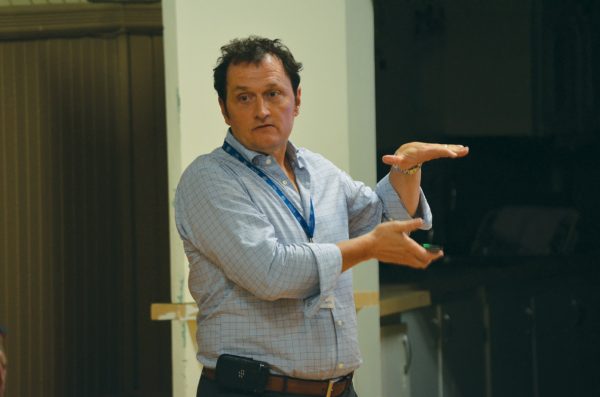 RICHMOND — Fresh from Maui where he kept an ear trained on Trans-Pacific Partnership (TPP) agreement meetings, Yves Leduc wasn’t worried Canadian negotiators would sacrifice supply management just to get in on the 12-country trade deal.

“The message we got from the Canadian government is that no offers have been tabled. (International Trade Minister Ed) Fast told us that he came to Maui with the hope of an outcome that will allow us to maintain and sustain supply management,” said Leduc, the director of international trade with Dairy Farmers of Canada.

Leduc met with Fast in Hawaii in late July while negotiators tried unsuccessfully to hammer out a deal.

Despite numerous media reports claiming Canada has offered concessions, Leduc has been assured by officials none have been made, Leduc told about 75 farmers at the Ottawa-Carleton dairy committee summer meeting on Aug. 10.

But his optimism was tempered with caution. “At same time, we are facing an uphill battle. Are market access concessions in the cards? We should not underestimate that’s a possibility,” he said, adding that it’s been the most secretive trade negotiation he’s witnessed.

The large majority of TPP coverage in Canadian media revolves around supply management, but Leduc didn’t think it was the sticking point in Hawaii. Intellectual property rights, pharmaceutical patents, the auto industry, and other agricultural commodities like subsidized U.S. sugar and Japanese rice were also hotly debated.

Leduc wouldn’t be surprised if a deal was reached in September or October. After that, he speculated, the U.S. presidential election could put things on hold. “TPP could end up on a shelf somewhere.”

“Someone in Maui described New Zealand as a flea on an elephant’s bum. But they are making a lot of noise. Those who are anti-supply management have provided a lot of space to the message originating from New Zealand,” he said.

But the United States is the powerhouse in negotiations and from what he’d heard, it may have softened its stance and could settle for imports that represent 15 per cent of consumption, said Leduc.

“From our perspective, the U.S. would give us nothing, so why would we accept an outcome where Canada gives access away just to satisfy the interests of the U.S. dairy industry? I won’t be apologetic here and I will continue to oppose the U.S. position because I don’t feel it plays in our interest.”