Spiced with Currie: OFA’s Keith Currie on 20 years of farm politics and the biggest issue of the day — sprawl 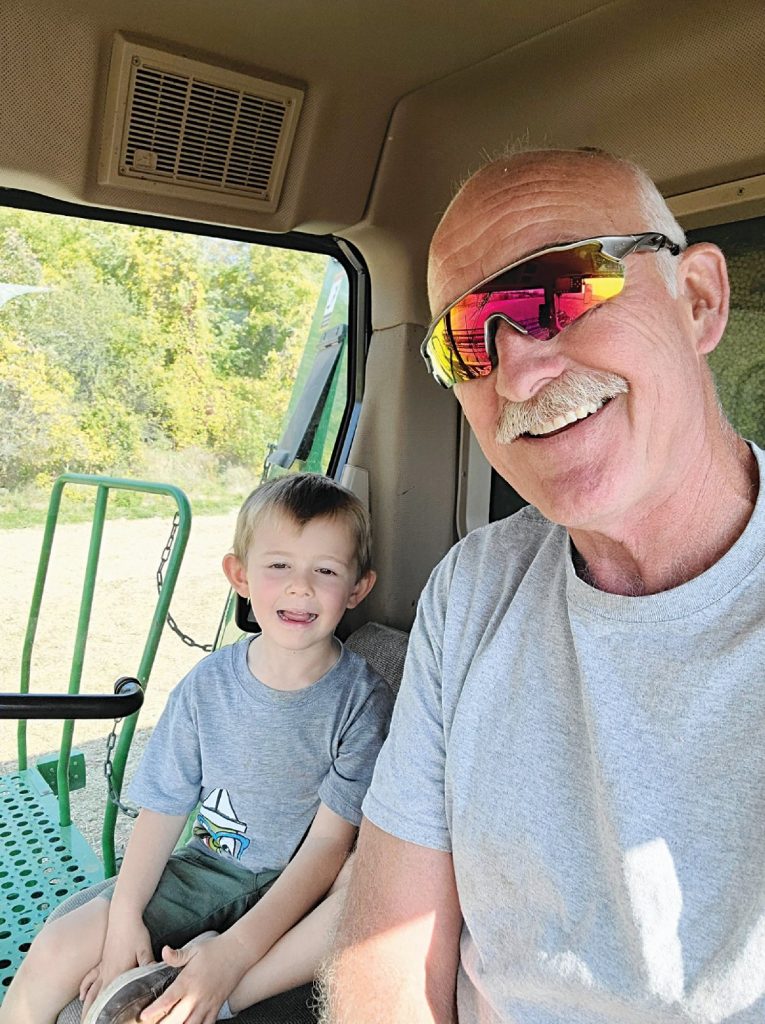 Corn, soybeans, wheat and sweet corn farmer Keith Currie, at Collingwood, steps down from the Ontario Federation of Agriculture after 20 years on the board. He and his recently-retired wife have four grown children. He is in the combine with one of his two grandsons, Zach Levitt.

Collingwood-area crop farmer Keith Currie has stepped down from the Ontario Federation of Agriculture after 20 years, including four as president. He headed Ontario’s largest farm organization with 38,000-family members. He will continue working on the farm and as vice-president of the Canadian Federation of Agriculture. He recently spoke to Farmers Forum’s editor Patrick Meagher about the OFA and current issues facing farmers.

What has been the most important OFA achievement in your 20 years?

“There have been a lot. The general level of respect that the policy makers have for the organizations. Being on the same page in terms of having the conversations. You can’t affect change if you are not in the room and not in the conversation and we’ve had a lot of success and influence and I think we have really pulled the agriculture community together.”

What is the biggest headache in farm politics?

“It’s two fold: From the producer side, the reality is that agriculture is so big and so vast in Ontario. We are dealing with 230 different commodities with big regional differences. Somebody is not going to be happy all the time. But our approach is: what is in the best interest of the farmers of the province, not just the farmers in a municipality or region.

“On the political side, there is a lack of understanding of what goes on in rural Ontario, depending on the government of the day. If you look at the McGuinty-Wynne regime the majority of their seats came out of urban ridings. And those members just didn’t have an understanding of the importance of what rural and agriculture meant. The jobs and people and taxpayer base is located in urban set tings but the resources are rural. The core resources that create the jobs are rural.”

Do you get a lot of calls from farmers?

“It surprised our staff that I was not afraid to have my cell phone number on the website. People call me all the time on my cell and that’s fine and not every conversation is pleasant. People are mad. People are angry. I still have to look at the big picture. Most of the time when you talk to people and talk them through it, they understand it. They might not like it but they understand where their organization is coming from.
“I would say that when I was chair (of the OFA) I would get four or five calls a day.”

What do farmers want to talk about the most?

“Carbon tax on fuels has been a big subject people want to talk about, especially if you are a grains and oilseeds producer and you are drying your crop. We don’t have any options right now with getting our crop into the ground and getting it off other than combustible-powered farm equipment and we don’t have any choice other than to pay a carbon tax and that’s very frustrating to members.

“Land-use issues are always big, whether it’s a local zoning issue with a municipality or a bigger issue like sprawl.”

The country is polarized in many ways from how to handle COVID, direction of government, taxes, climate change and even how to educate our children. Do you see this polarization in farm country?

“We have a different kind of polarization. We have a government that doesn’t really have any representation in rural Canada and is not looking at what it can do for the rural parts of the country.

“When we were dealing with Kathleen Wynne and Dalton McGuinty we were pushing for rural infrastructure, natural gas and broadband and we were just spinning our wheels. They understood it was an issue but didn’t see it as a priority.

“Then we flip to the Ford government and the bulk of their cabinet in the beginning were long-standing rural members and they understood exactly what their constituents were dealing with. And so we started seeing more of the natural gas monies and some big broadband monies. They understand the impact that mental health is having and in general easing up on the regulations. Not that regulations are a bad thing. I refer to them as ditches on a road we need. We need rules but not when we want to solve a problem by just regulating. That just begins to choke business, especially small business.”

What is the number one farm issue right now?

What we are struggling with is the recognition of how much land we are losing to development. There are a few problems that are all big in their own way. Mental health affects everyone in society but agriculture is probably affected per capital more than everyone else. That certainly is an issue.

“But we are losing 175 acres each and every day to development. And we recognize that the agri-food industry, which is the largest employer — we are talking 860,000 jobs in the province — if you talk to all the players in the value chain they are all desperately lacking in labour. Those people are not going to come out of thin air. It’s going to come through new people coming into Ontario, which is going to require growth. We have to understand that growth means that people have to have a place to live.

“What we are advocating for is responsible growth and that’s been lacking. We can’t all have a single-family dwelling on a half-acre lot. We need to think about multiple different housing types: those four- to-eight-to 10 midrise buildings.

That long-range planning: they have the numbers but I am not sure they are really taking a big picture focus on how do we accomplish that growth in a responsible way outside of just sprawling.”

What are you going to miss the most about the OFA?

“I am going to miss the people. I like to think of myself as a people person. For every tough conversation you have with members there are 1,000 good ones.”