Soybean yields flying high in Eastern Ontario: But average yields in the rest of province 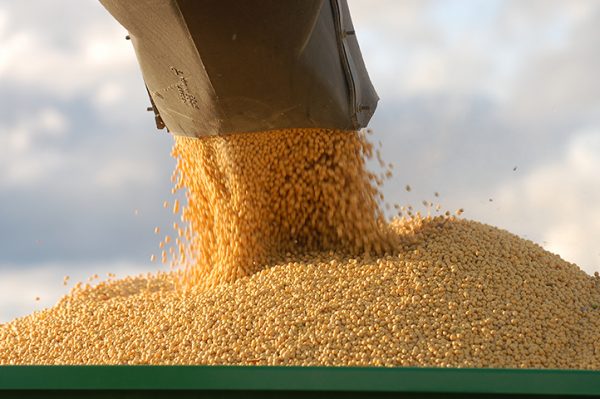 SOUTH MOUNTAIN — Mother Nature delivered and gave Stephen Mellon 14 extra bushels above his farm average and the best soybean yield he’s had since he took over the farm in 1997: 62 bushels per acre of Grade 2 soybeans.

“Sometimes you get the rain at the wrong time or the heat wave comes too late, but this year must have been pretty bang on,” says the South Mountain dairy farmer, who’s heard of test plots hitting 70 bu/ac. “You can generate a few extra dollars, that’s for sure.”

But Eastern Ontario may be the exception. Great Lakes Grain, a partnership between GROWMARK, Inc. and AGRIS Co-operative Ltd., predicted a 45.4 bu/ac provincial average after a September crop tour in Western Ontario.

Yields were wide-ranging across the province’s 3.2 million acres of soybeans — anywhere from the high 20s to low 70s, says OMAFRA soybean specialist Horst Bohner. Provincial yield may not be far off the five-year average of 46.7 bu/ac, but about 10 per cent was still in the field on Oct. 26.

Quality was average to above average and lower yields can be blamed on the late frost, too much rain too early, and not enough to finish the crop in August, as well as pockets of white mould, soybean cyst nematode, root rot, and aphids.

On an up-and-down growing year, average may not sound too bad to most growers, says Bohner, crediting robust genetics.

“We often get excited about the weather when we have too much rain. But the old saying ‘rain makes grain’ is absolutely correct. I’d rather have too much moisture through the growing season than a drought.”