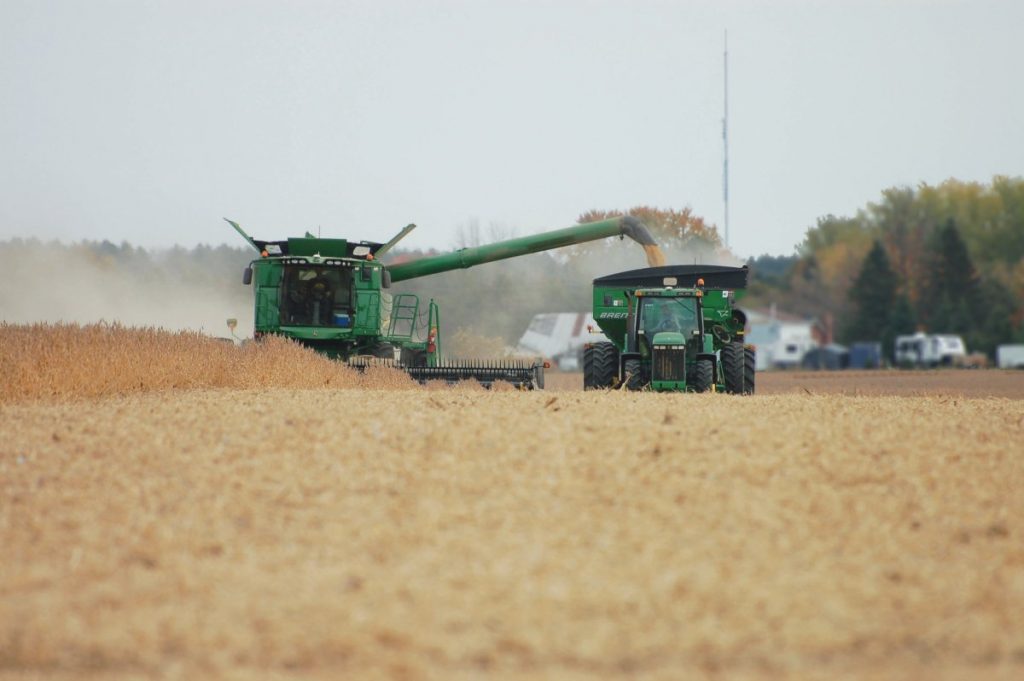 Peter Oosterhof, in the combine, and Kyle Havenaar, both of Tara Farms, harvest a field near Manotick. (Patrick Meagher photo).

“Quite a few growers are talking 50 to 55 bushels per acre,” said Quesnel, adding, however, that yields are highly variable in the same sections of land ranging from 20 to 60 bushels.

“We’re seeing extremely variable yield where we wouldn’t expect it,” he said, adding that he can’t explain such a wide yield spread on one field. One field reported 75 bushels per acre while another reported 70 bushels at one end of the field and 20 at the other.

There are some reasons for the paltry yields. Limited rain at mid-summer and disease pressure and aphids can account for some of the crop loss, he said. 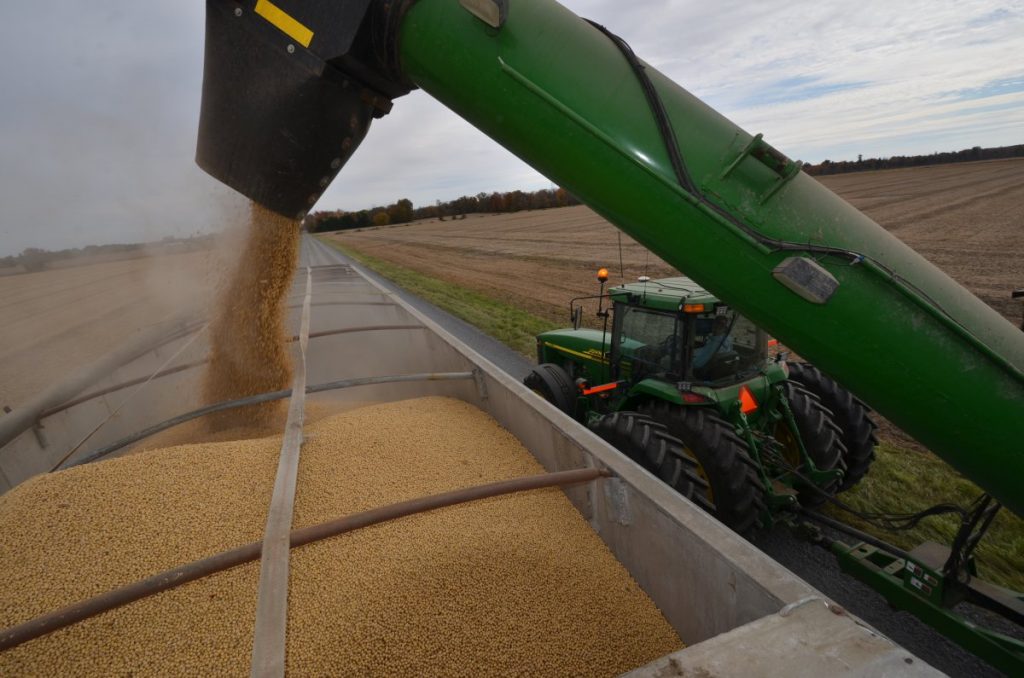 Jon Daly of Tara Farms, just west of Manotick, does a lot of custom combining straddling the Rideau River between Ottawa and Merrickville, and said that from what he is hearing from farmers and seeing on the ground is an average yield of about 55 bu/ac.

All in all, it’s been a solid year for soybeans as moisture is low and yields generally have been good and prices have moved upward, he said. As of mid-October, half of the soybeans had been sold and producers will have pulled the trigger on the vast majority of their harvest by Christmas, he said.

“Historically, you don’t make a lot of money storing beans,” he said, adding, however, that last year tossed that strategy out the window. “Hindsight is 20/20.”