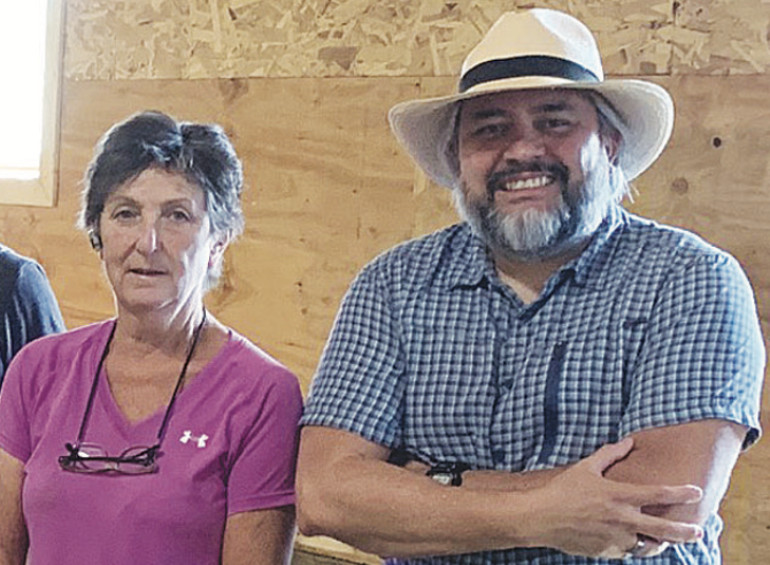 Shirley Graves welcomed deal maker Juan-Pablo Higuera to see her Ashton-area flock, which is enrolled in Canada’s Scrapie certification program and certified as low risk for the disease. That makes her animals eligible for export to Colombia, which recently opened its borders to Canada.

BOGOTA — It may not be the U.S. market — but the opening of Colombia’s borders to Canadian sheep and goats still marks an improvement for an industry that was collateral damage to the BSE crisis in cattle.

Two decades on, international markets have been reopening to Canadian cattle. But this country’s small ruminants like sheep and goats have made slower progress accessing the world outside Canada.

Colombia was added to the list June 15, following a dozen years of work on the file by Juan-Pablo Higuera, a Colombian immigrant living in Canada. Founder of trade consulting firm Cannexion, Higuera trav- elled more than 20 times to the region, coordinated multiple meetings and organized missions of sheep and goat breeders between the two countries. He also designed and implemented a three-year project, funded by the Canadian government, in advance of the June 15 announcement.

“It’s a win-win,” said Higuera of Canada’s new access to goat and sheep buyers in the Latin country of more than 50 million people.

Canadian live animals and embryos will be allowed into Colombia, although semen will not, under the arrangement.

And because Colombia is part of an ‘Andean’ trading group with its neighbours Peru, Ecuador and Bolivia, it means roundabout Canadian access to those countries as well, via Colombia.

To be eligible for the opportunity, producers must be certified through Canada’s Scrapie flock certification program.