Shawville: Where they grow giants 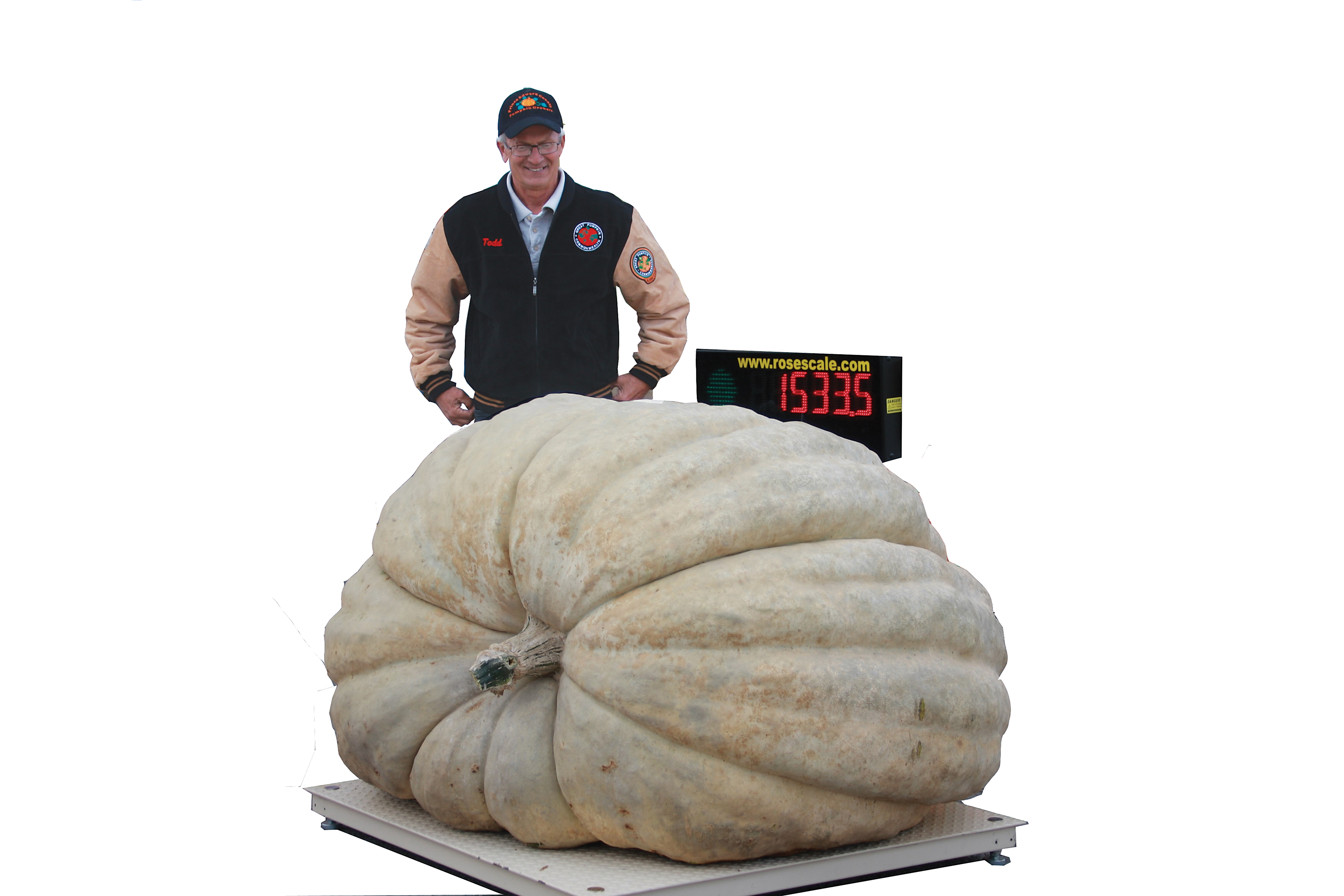 WELLINGTON — To bulk up his giant squash and pumpkins, Todd Kline pampers them with pricy seaweed and fish fertilizers but also fuels their sweet tooth with bud maple syrup.

“Half an hour after watering, the leaves perk up and they get glossier. Just a few tablespoons of syrup at a time may make the seaweed taste better to them,” jokes the 65-year-old grower from Shawville, Que., whose giant fruits have been lapping up late-season syrup since 2006.

A combination of warm fall weather with a rare late frost, the right genetic fusion, and around-the-clock care landed Kline a Canadian record and the heaviest squash in the world this growing season. It tipped the scales at the Prince Edward County Pumpkinfest in Wellington on Oct. 17 at 1,533.5 lb., netting him $250. It’s only the second squash in the world to break the 1,500-lb. mark.

His best pumpkin was entered into the Port Elgin Pumpkinfest last month and also set a Canadian record at 1,733.5 lb. The top pumpkin at Prince Edward County was 1,654-lb., a personal best for Harley Sproule of Ormstown, Que.

The world record for heaviest pumpkin, at 2,323.7 lb., was set in Switzerland last year.

“I spend my life in the patch,” says Kline, who is ever-willing to spill the beans — or seeds — on his techniques.

He grows about 12 squash and pumpkin plants that are started in pup tents once a thermometer tips him off to ground warmth, usually at the beginning of May. He just escaped the May frost by rushing home from Shawville Elementary, where he’s an evening caretaker, to cover the plants with clothes hampers and layers of blankets.

“If you lose that plant, it’s a huge setback. Every day counts in competitive growing. It’s like extreme gardening,” says Kline, who uses heater fans near the stem at season’s end. “The plants finish better. We have all kinds of tricks to squeeze out every pound we can get.”

Each plant has 900 sq. ft. to stretch out its roots on the half-acre patch. Kline has one shot at catching the pollination window to ensure the best genetic cross, settled on during long winter nights of research. His jumbo blue-grey squash was his own seed and its seeds will be in high demand.

There isn’t one tried-and-true formula, but he can credit some poundage to using Jersey cow manure for the first time. Careful not to overdo it on any one ingredient in his feed cocktail, Kline uses between 100 and 200 wheelbarrows of composted manure, seaweed and fish fertilizers, foliar fungicide, biological root shield, and mycorrhizal fungi.

It easily adds up to several thousand dollars per year including travel expenses. Kline aims to break even but on the good years winnings have payrolled trips to sunny climes.

“You can’t really figure on making money doing this,” he says.

With genetic fine-tuning, the pumpkin record has shot up 1,000 lb. in a decade, says Prince Edward County Pumpkin Growers president John Vincent. “At the end of the day, you compete with yourself. We all thought we’d never get over 2,000 lb. Chances are, someone is going to grow something bigger next year.”