Schneckenburger heads up Soil and Crop 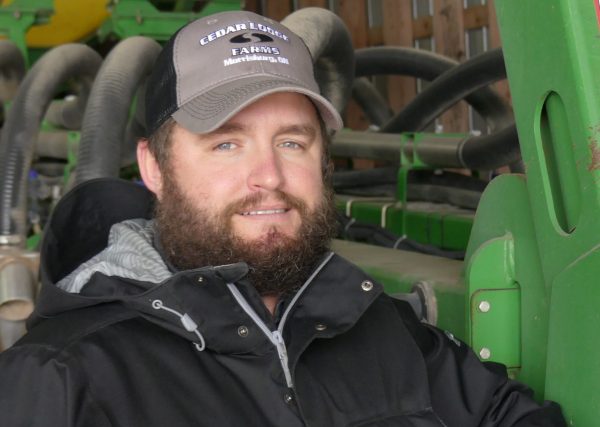 MORRISBURG — Warren Schneckenburger remembers his first farm meeting. He was just a kid, tagging along with his dad to the local Soil and Crop Improvement Association.

“It was in the basement of the old Ag office in Winchester,” recalls the Morrisburg-area cash-cropper, who always knew he wanted to be a farmer from the day he first climbed behind the wheel of a tractor.

Schneckenburger, who wants members this year to get re-engaged, was elected as the 84th president of the Ontario Soil and Crop Improvement Association. The 36-year-old started his one-year-term at the provincial body’s February virtual AGM, saying he was “very humbled” to lead “an organization with incredible history and importance to Ontario agriculture.”

Schneckenburger heads up an outfit that counts over 4,000 members, employs a staff of two dozen and serves as a conduit of millions of dollars of certain provincial and federal program funding to Ontario farmers. Delivering government programs is a service the organization picked up over 30 years ago, he explains, and is financially separate from the traditional, club-like side of the operation that survives on membership fees.

Actively involved with “Soil and Crop” for 20 years — starting in his teens — Schneckenburger says the organization has a reputation for attracting younger farmers. “You always learn something at a Soil and Crop event and I think that’s quite appealing,” he explains. “Farming has gotten quite busy and continuing education is pretty important in agriculture.”

“And I think Soil and Crop offers quite a bit to its members in terms of value — participating in farm trials … getting a little more statistical relevance to crop trials with lots of replications across the province.”

Pre-COVID, his own county chapter was known for organizing plenty of plot days and other special events to keep the membership interested. And with the pandemic now fading into memory, Schneckenburger hopes to rebuild the in-person, social side of Soil and Crop.

“My focus for the year is on grassroots engagement and rebooting county-level events,” he told Farmers Forum, echoing his inaugural advice to local leaders to resume “on-farm research, set up a crop tour, a twilight tailgate meeting, get re-engaged.”

The new president and his wife, Christine, have three young daughters. Along with his parents, Arden and Rhonda, they run Cedar Lodge Farms, a family operation reflecting the Soil and Crop mission statement of “economic management of soil, water, air and crops.”

Over the past 10 years, Schneckenburger has overseen the introduction of many soil conservation strategies at Cedar Lodge while increasing the total acreage by about 20%. Improved crop rotation, strip tillage and no-till practices, controlled-traffic farming and planting cover crops are all part of the effort, with an eye to soil health and reduced soil compaction.

He says they haven’t plowed their fields since the 2012-13 season and last used their disc ripper as part of a regular tillage regimen in 2016. “We’ve gone about the changes in a very methodological way,” he says, adding the move to no-till has saved them a ton on fuel costs. “Overall, it’s been very good for the farm.”

They strip-till and plant “about all” of their soybeans into precursor crops like cereal rye, oats and wheat, he says.
And while their corn is almost entirely strip-tilled as well, he acknowledges that integration with cover crops continues to be “a challenge.” But making the combination work is the subject of an OSCIA “ONFARM” applied research effort, with Cedar Lodge about to enter the final year of the three-year, provincially-funded study.

In keeping with tradition, he named an honorary president and chose long-time local crop consultant and former OMAFRA specialist Gilles Quesnel. Schneckenburger describes the Winchester resident as “one of the driving forces in my pursuit of on-farm trials” and a “major influencer in my life.”