BREAKING NEWS
13:22
Home News Save the barn swallow: Build them a nest and they will come back

Save the barn swallow: Build them a nest and they will come back 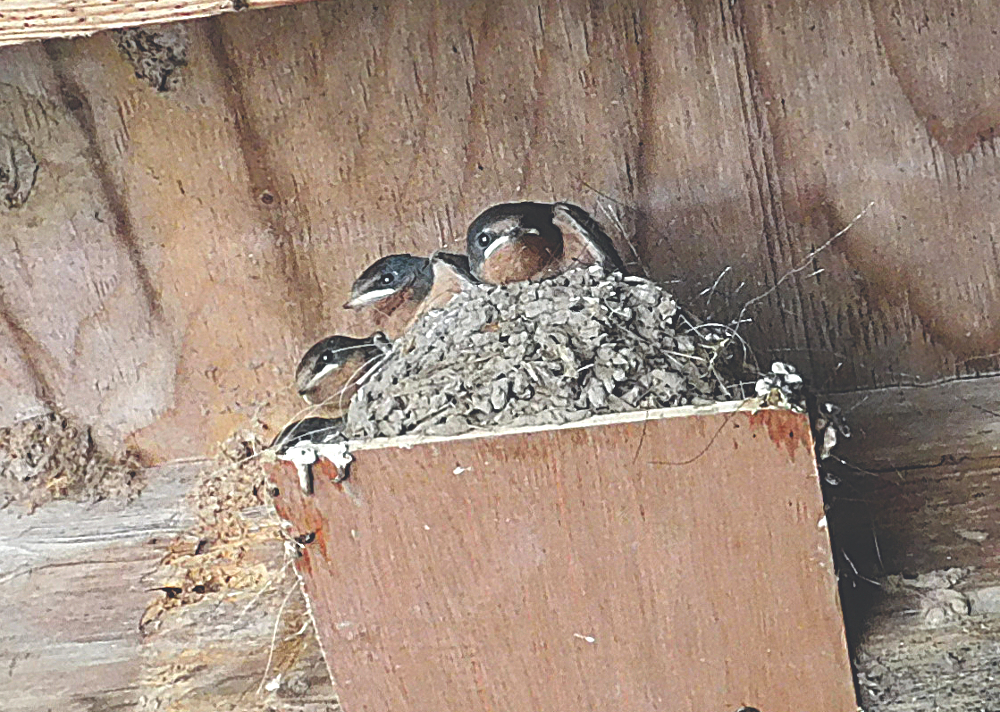 Barn and Cliff swallows, once a common sight in Canada, have decreased in numbers by 80 percent since 1980. Theories for their decline include lack of nesting sites, and the use of more effective insecticides.

Barn and Cliff Swallows have been nesting inside man-made structures since the dawn of civilization. Their preference for nesting in old barns or under bridges is not a coincidence. They are aerial insectivores, entirely dependent on insects for food, which livestock and water provide.

Barn and Cliff Swallows are unlike many migrating birds, which can survive on fruit and seeds. For example; Orioles exist on a fruit and seed diet until the demands of the nesting season require them to consume more protein than a seed diet provides. Then they consume insects and feed them to their young. Tree Swallows also consume berries when insects are scarce.

Although Cliff and Tree Swallows are native to the Americas, Barn Swallows live on all continents, except Antarctica. Swallows from Canada migrate from as far north as James Bay to the middle of Chile and Argentina in South America.

Since 1980 in Ontario, most swallow populations have decreased by a shocking 80 percent. This includes Barn and Cliff swallows once so common in Canada. Naturalists are not saying what caused this decline, but common sense tells us that the lack of nesting sites is a factor. More than 80 percent of the old barns have been sealed, torn down, or fallen. More effective insecticides may be influencing their food sources.

Swallows are a favourite bird among many horse owners and farmers and I am hoping people will help the population rebound by providing shelves for the swallows to build their nests on. These shelves must be small, about four by four inches square, and close to the ceiling; five and a half inches down is perfect.

In the absence of old barns the trend towards run-in sheds could save the swallows. They will be happy to nest inside. To encourage them to nest inside your barns and farm buildings, please leave a door or large window open for them 24-hours a day from April first till mid-September.

Tree swallows will use a nest box which is much easier to provide.

Please see my Facebook posts for information on how you too can host barn, cliff and tree swallows, or phone Linda Marie Glass Ward at 519 327-4541.