Russell village and County named after this feckless fellow 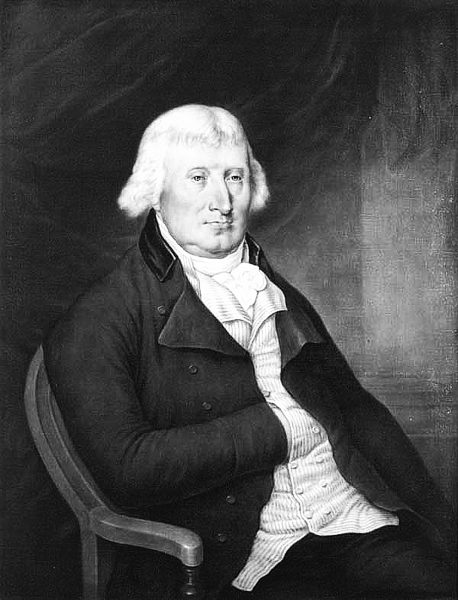 Peter Russell, at left, is the namesake of the Eastern Ontario village of Russell and the county. He owned slaves and tried to sell two of them, even taking out this advertisement, above, in a Toronto newspaper in 1806. The ad reads in part: “The woman is a tolerable cook and washer woman and perfectly understands making Soap and Candles.”

Who was Peter Russell?

In addition to being a slave owner, the namesake of Russell Township seems to have been a rather feckless character, a grifter extraordinaire who was proof positive of the old adage: “It’s who you know.”

After decades of ping-ponging across the Atlantic as an aspiring member of the upper crust — grubbing for a commission with the British Navy, chronically gambling and often losing, owning and then losing a Virginia tobacco plantation, even spending time in a UK debtors’ prison — Peter Russell finally landed on his feet in Upper Canada.

Because he knew John Graves Simcoe, this jurisdiction’s first lieutenant governor. They had served together on the British side during the American revolutionary war. From that association, Simcoe invited the down-on-his-luck Irish-born Russell to serve as Upper Canada’s first receiver-general. Half a decade later, in 1795, Simcoe returned to England, leaving 63-year-old Russell in charge of the colony as administrator — and a judge (with no legal training) to boot.

Prominent men have things named after them, and he shed his surname onto Russell County.

By some historical accounts, Peter Russell also brazenly used his prominent position to acquire 75,000 acres for himself across what is now Ontario.

The Toronto resident also acquired four people of African descent before slavery was outlawed in Upper Canada — Peggy Pompadour and her three children, Milly, Amy and Jupiter. (The historical accounts are not immediately clear if he also had slaves in his earlier, brief capacity as master of that Virginia plantation.)

When Russell grew exasperated with the enslaved woman’s behaviour, he tried to break up her family by putting 40-year-old Peggy and teenaged Jupiter up for sale. The historical accounts suggest Russell made repeated but unsuccessful attempts to sell her off — even taking out a notorious newspaper ad to that effect.

A recent spacing.ca article by Toronto author Adam Bunch reports that Russell once cruelly punished Jupiter by having him painfully tied up to dangle in the window of a storehouse in a show of public humiliation.

Views on Russell have evolved. In 1983, author Edith G. Firth noted that while Russell “has never been considered one of the great men of Ontario,” she lauded his “cautious, practical, capable, and painstaking” administrative skills as well as his “very real” accomplishments. That article, which briefly acknowledges Russell’s earlier aspirations of entering the “lucrative slave trade,” appears in Dictionary of Canadian Biography.