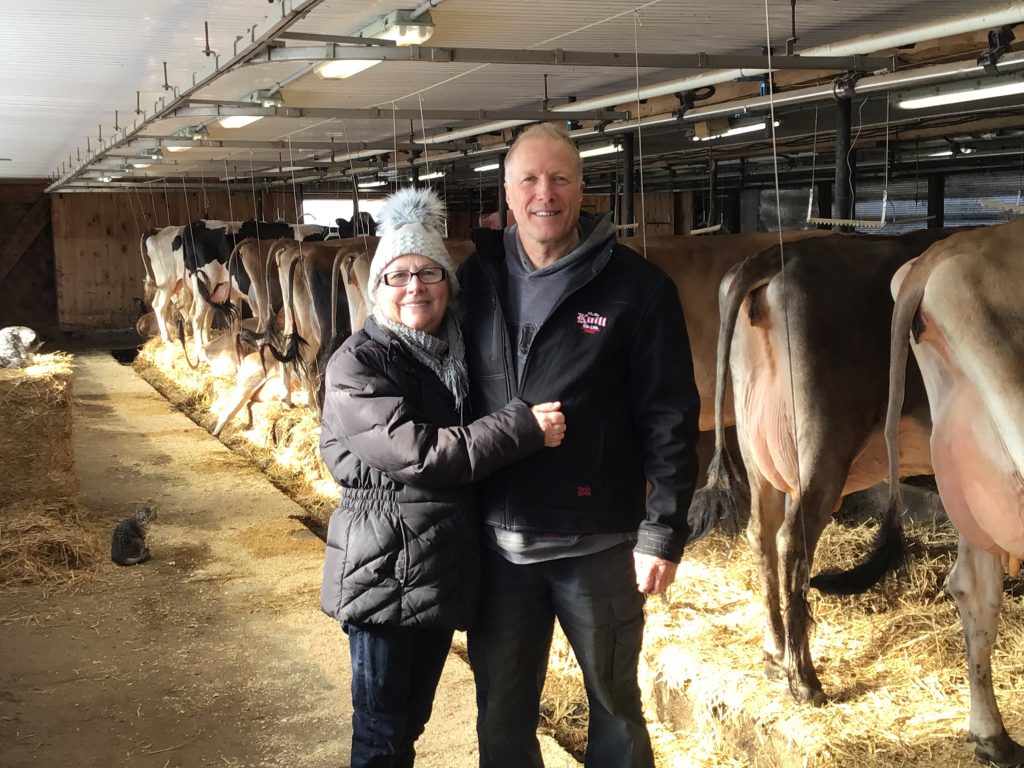 RUSSELL — Jersey Canada awards only one Master Breeder shield at a time, and this year’s sole national recipient is Drentex Jerseys at Russell.
Mike and Monique Bols’ operation features a milking herd of 35 — source of many top-flight animals over the years.

“It’s quite humbling,” Mike Bols said of the honour, which no individual farm can win more than once in 18 years. The winner is determined based on a points system.
“People are wonderful in the Jersey family,” he said.

The current Drentex herd largely dates back to 1998, when the Bols family restarted the operation after selling out two years earlier. However, a couple of the animals are descendants of the Bols family’s original herd, begun by Mike’s Dutch immigrant parents in the 1950s.

Their son took over in 1984 and then dispersed the herd in 1996. “I missed milking cows too much,” he explained.

Bols said his breeding philosophy is to strive for a “really, really balanced cow that can do well at shows.”
Jerseys are renowned for their high butterfat milk, but Bols points out that their overall output has improved as well to about 7,500 litres per lactation.